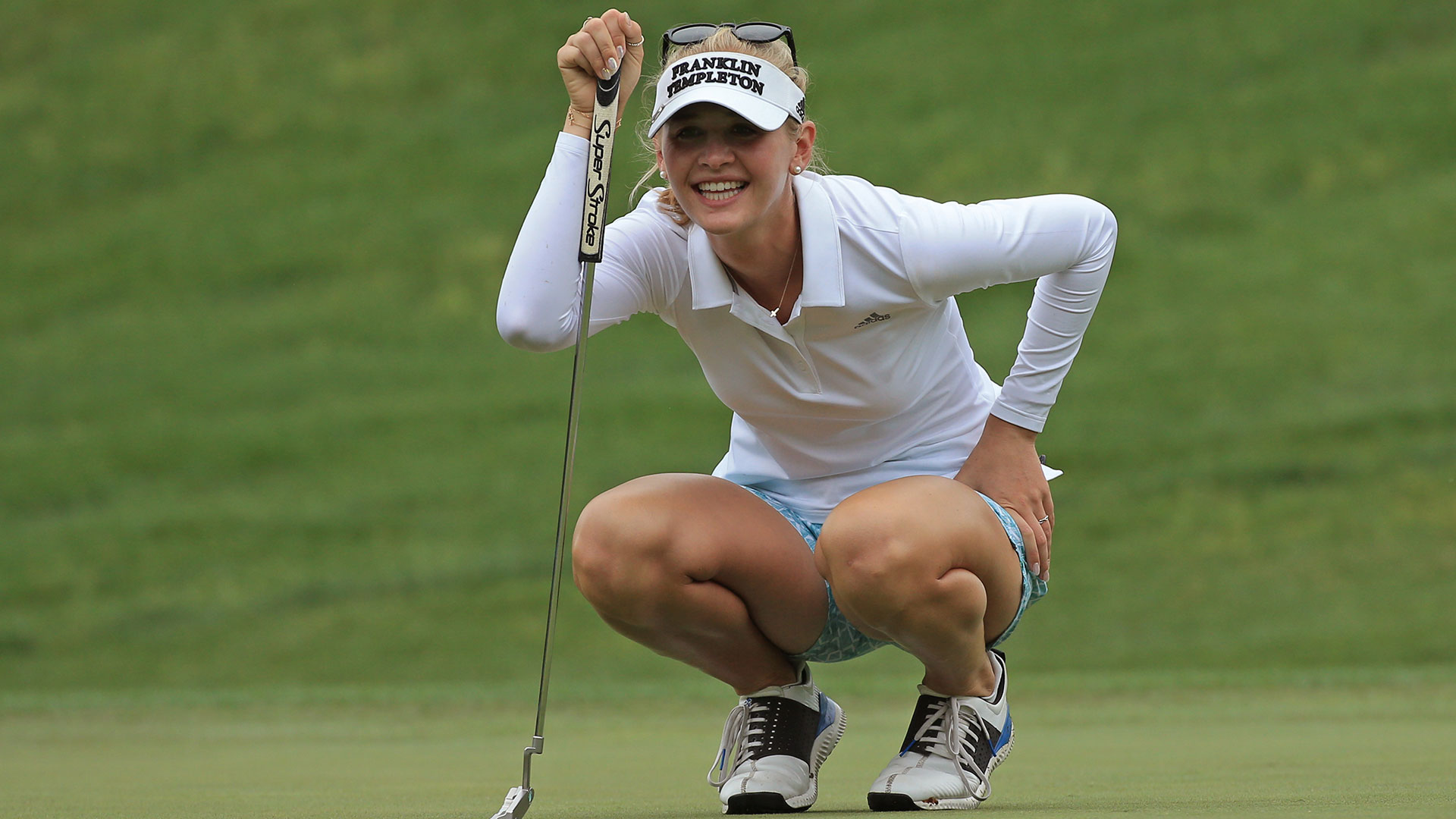 WILLIAMSBURG, Va. – Annie Park turned a blistering stretch on the back nine into a mistake-free 6-under 65 and a share of the first-round lead on a crowded leaderboard Thursday at the Kingsmill Championship.

Jessica Korda, Azahara Munoz, In Gee Chun and Jaye Marie Green also shot 65. Park, Korda and Munoz played morning rounds in mild conditions, while Chun and Green played in rain that is expected to also be a factor Friday and Saturday on the resort's already-soggy River Course.

Park, playing in just her third tour event of the season and seeking her first career victory, was 2 under when she hit the flag and birdied the par 4 14th hole. She then nearly holed her second shot on the par-5 15th after hitting ''an OK 3-wood'' that left her with a short eagle putt, and also birdied the par-4 16th.

''Overall, I had a great day,'' she said. ''I hit some good shots. Lucky enough, I had some short birdie putts, short eagle putt, and that helps.''

Munoz earned her only tour win in 2012, and settled in after starting with a bogey.

''I hit so many good shots,'' she said. ''Gave myself a lot of opportunities. Made some really nice putts.''

She also chipped in for her final birdie after missing the green to the left on the par-4 eighth hole.

''I made a really nice chip. It was a bit too firm, but it was really nice,'' she said.

Korda, the winner of the Honda LPGA Thailand in February in her return from reconstructive jaw surgery, is making just her seventh start of the season and has finished in the top 10 in four of them. She had three birdies on each nine, including the par-4 18th.

Korda is one of 11 winners on tour this season, and no one has won more than once. The past few weeks, she's been fine-tuning her game to be ready for the Women's U.S. Open at the end of the month in Alabama.

''My transition hasn't been great. A lot of people have asked me why I was hitting it so short in (San Francisco), and I was just trying to hit it into the fairway because I just wasn't feeling great over the ball,'' she said. ''So just trying to tighten up some things before the U.S. Open comes around. Hopefully just keeps going the way that it is.''

Chun is making just her seventh start of the season, and Green has missed four of eight cuts.

Nasa Hataoka and 2016 winner Ariya Jutanugarn were one back. Hataoka's bogey-free round included an ace at the par-3 17th. It was her first as a professional. There were nine more at 67, including 2015 champion Minjee Lee.

Cristie Kerr, whose three victories make her the only multiple winner at Kingsmill, opened with a 71, and defending champion Lexi Thompson, who set a tournament record last year at 20-under 264, was in a tie for 49th with Michelle Wie and numerous others after a 70.