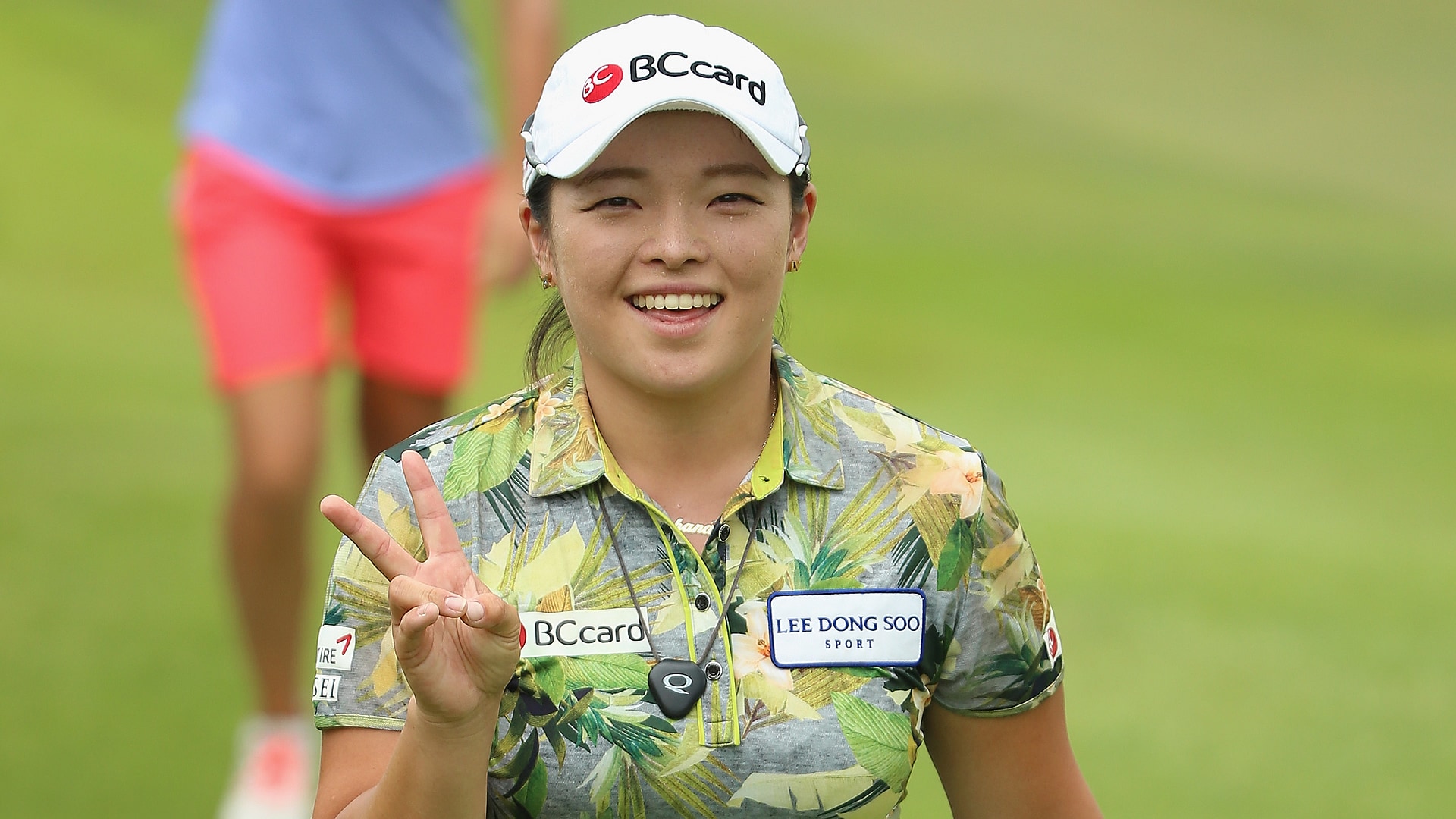 In January, she made a hole-in-one on a par-4 and last month she won her first LPGA title, at the Coates Golf Championship in Florida.

The 23-year-old was at it again on Friday, holing a monster eagle putt from off the green on her way to a 6-under 66 to grab a share of the halfway lead with her compatriot Mirim Lee at the LPGA's Women's Champions tournament.

Lee got up and down from a greenside bunker to birdie the last and shoot a 67 to join Jang in a two-way tie at the top of a congested leaderboard after a wet and windy second round at Sentosa Golf Club.

Thailand's Pornaning Phatlum carded a 67 and Norway's Suzann Pettersen signed for a 69 to be equal third, a stroke behind the leading pair, with a group of four players lurking just one shot further behind and a total of 34 players under par.

Kung regained her composure and parred her last seven holes after making a disastrous double-bogey on the 11th to shoot a par 72 and remain 5 under while Minjee Lee birdied her last two holes to get to 4 under after spoiling her card with five bogeys.

The defending champion, South Korea's Inbee Park, was at 3 under after dropping three shots on her opening four holes while New Zealand's world No. 1 Lydia Ko fell nine shots behind the leaders after a 2-over 74 that included a double bogey on her opening hole.

Dressed in a camouflage-colored shirt, Jang made a flying start with birdies on two of her first four holes before making an eagle at the 483-yard par-5 seventh. She hit a 3-wood approach to the fringe of the green then drained the 50-foot putt.

The world No. 10 was inches away from making another eagle putt from off the green on the final hole, tapping in for her fourth birdie of the day.

Pettersen credited her strong performance in Singapore to a recent practice round with Rickie Fowler in Florida. Both are trained by Butch Harmon and Pettersen said the chance to observe Fowler's game from up close had given her renewed confidence.

''I seem to learn a lot from it, so I really enjoyed it,'' Pettersen said. ''Rickie played a flawless round of golf, easiest 60 I've ever seen. I think he's going to be red-hot for the Masters.''