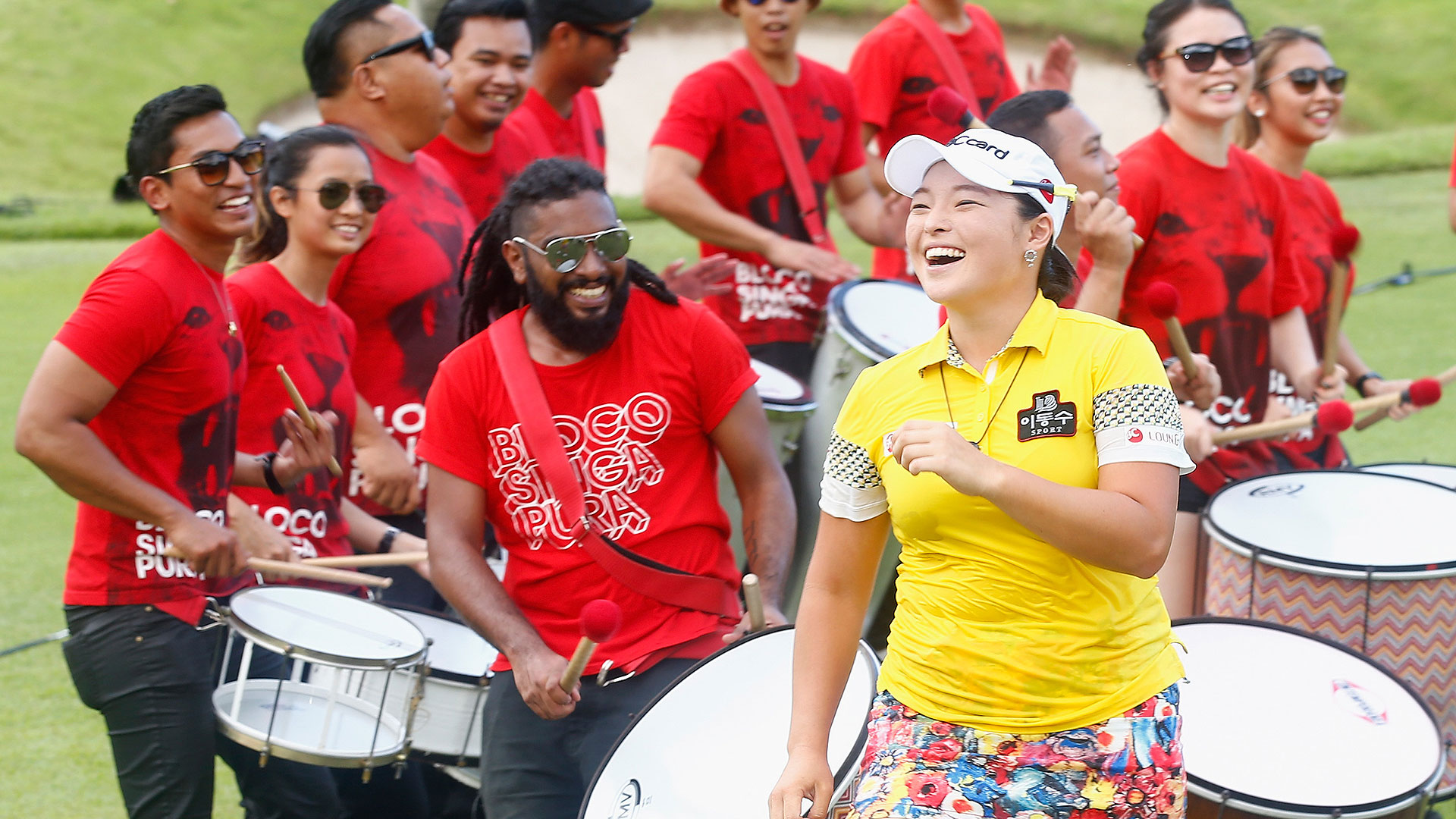 SINGAPORE – South Korea's Ha Na Jang enhanced her growing reputation as one of the hottest players on the LPGA by winning the HSBC Women's Champions tournament by four strokes on Sunday.

Playing like a seasoned veteran, the 23-year-old South Korean fired six birdies and an eagle in a brilliant final round of 7-under 65 to finish at 19-under at Singapore's Sentosa Golf Club.

Her playing partner, Thailand's Pornanong Phatlum, closed with a bogey-free 68 to take outright second at 15-under while South Korea's Amy Yang birdied the last hole for a 71 to take third place with 11-under, one shot clear of a group of five players.

Jang captured her maiden LPGA title at the Coates Golf Championship in Florida last month and has quickly made it two.

Not only is the South Korean emerging as one of the hottest players on the LPGA but she's also developing a cult following with her elaborate celebrations.

When she won in Florida, she impersonated a samurai swordsman, and on Sunday, she provided her own rendition of Beyonce by dancing on the 18th green.

Jang said she had been thinking about copying some of Beyonce's moves after watching her perform at the Super Bowl and winning her second title seemed like the perfect time to break it out.

Leading by a single stroke overnight, she immediately extended her advantage to two shots when she rolled in a 12-foot birdie putt on the opening hole on Sunday, offering a taste of what was to come.

She made a second birdie on the par-5 fifth when her bunker shot for eagle caught the edge of the hole and left her with a tap-in and then drained a long uphill putt for birdie on the ninth to lead by three at the turn.

Jang made her first bogey in 50 holes when her wayward drive hit a tree branch on the 11th but reeled off three birdies in a row from the 12th, including successive monster putts from 30 and 50 feet.

''I haven't seen that before. My putts today were really amazing,'' she said.

Jang went to the final hole with a commanding three-stroke lead but resisted the temptation to play safe, flirting with the water as she attacked the flag.

She landed her ball a few feet away from the hole, then stepped up and sank the eagle putt and broke into an impromptu jig.

''My nickname is HaNa-Gizer. I'm in a very strong and happy space, yeah,'' she said.