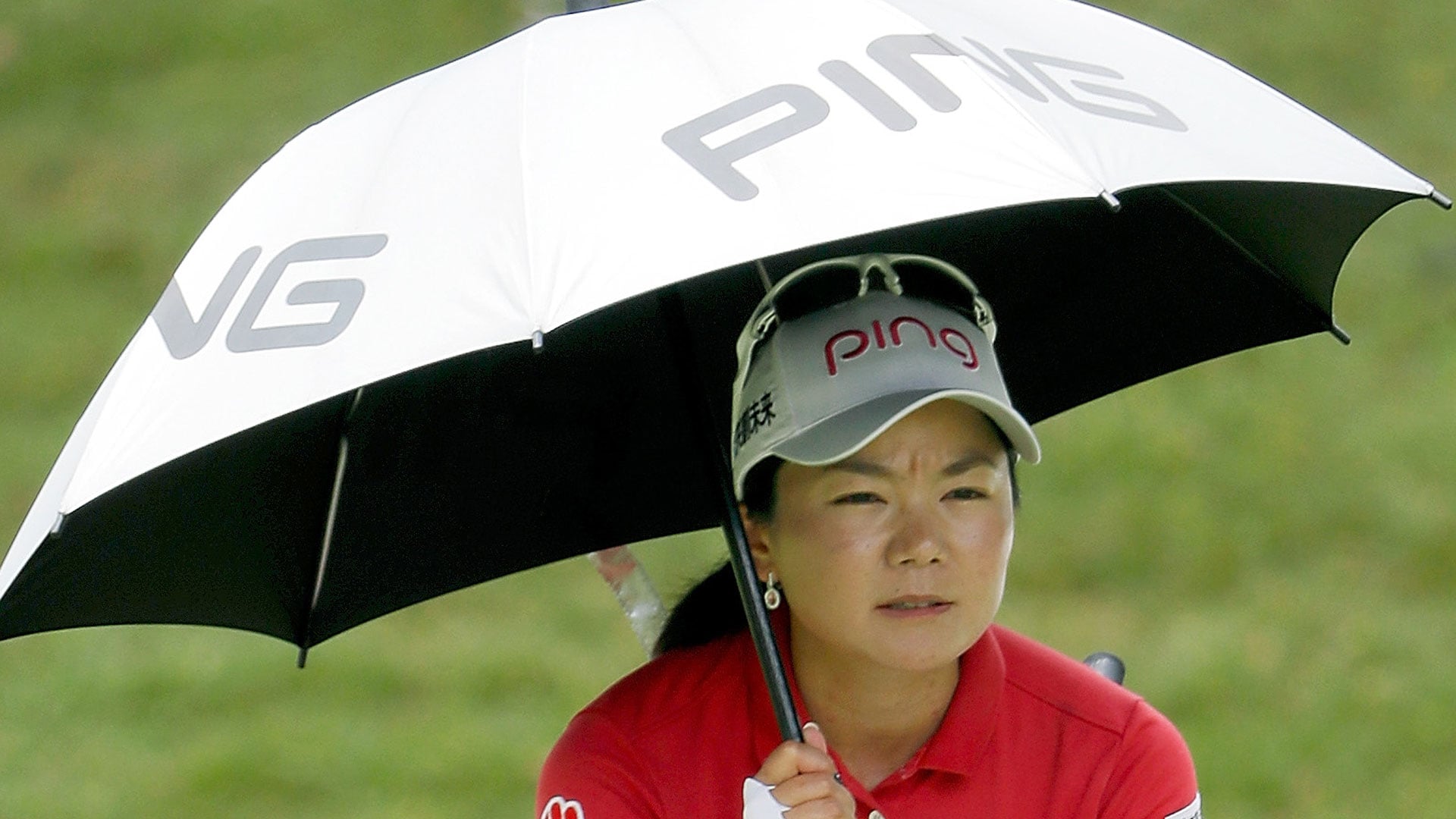 ROGERS, Ark. - One of Ayako Uehara's best memories in her four full-time LPGA seasons is a hole-in-one she made in her first appearance at the NW Arkansas Championship in 2013.

Uehara added to her growing list of memorable moments at Pinnacle Country Club by shooting a career-best 62 in the opening round Friday.

The 9-under round matched the course record and gave the Japanese player a two-stroke lead, a remarkable position for a player who entered the week ranked 214th in the world after struggling with her game for much of the year.

Uehara needed only 25 putts and made nine birdies in her bogey-free round, a score that bested her previous career low of 63 she posted in Malaysia in 2014. That was a year after her first appearance in northwest Arkansas, where she holed out on the par-3 17th on her way to a 25th-place finish.

It's a moment she's relived countless times since, especially in the days leading to the start of this week's tournament.

''Since I got here this year, I've been watching this video of this hole-in-one many times,'' Uehara said. ''Also, I show my caddie.''

Uehara will tee off Saturday afternoon in pursuit of her first career victory, and at the very least looking to earn only her fourth career top-10 finish in 76 tournaments.

''The course conditions will be different, so we have to make good judgment decisions and we'll go from there,'' Uehara said.

Playing in muggy conditions after overnight rain, Uehara took advantage of the soft greens during the morning to match the course record of 62 set by Angela Park and Jane Park in 2008.

Uehara, whose best finish in an LPGA event is third in Japan in the 2012 Mizuno Classic, missed the cut in eight of her first nine tournaments to begin this year. However, she entered this weekend having finished 39th or better in five of her last six events - an improvement in play she carried over to Friday.

After a pair of birdies on her opening nine, Uehara birdied four of the first five holes after the turn, including three straight to reach 7 under. She then reached 9 under with a closing birdie on the par-4 ninth, capping a round in which she hit 11 of 13 fairways and 16 of 18 greens in regulation.

Uehara finished 4 under at the NW Arkansas Championship during her rookie season in 2013, tying for 25th. However, she missed the cut at the event in each of the last two seasons before putting together her career-best round on Friday.

Top-ranked Lydia Ko opened the tournament with a 5-under 66, while local favorite Stacy Lewis shot a 4-under 67.

Ko and Lewis were paired together with Minjee Lee - who finished with a 65 - and the trio attracted the largest gallery of the morning at the 6,330-yard Pinnacle Country Club.

Lewis, the former world No. 1 who played collegiately at nearby Arkansas, hasn't won since her victory in the event two years ago.

However, she continued to draw large cheers of ''Woo Pig Sooie'' from the Razorbacks fans and finished with the 67. She had 31 putts, missing an 8-foot birdie attempt on her final hole of the day.

Ko, meanwhile, closed her round with a flurry while in search of her third victory of the year. The New Zealander, after opening on the back nine, eagled the par-5 seventh with a 35-foot putt, and she recovered from a poor chip and bogey on No. 8 with a short birdie putt on the ninth.

Second-ranked Brooke Henderson shot a 69. She beat Ko in a playoff two weeks ago in the KPMG Women's PGA Championship outside Seattle. 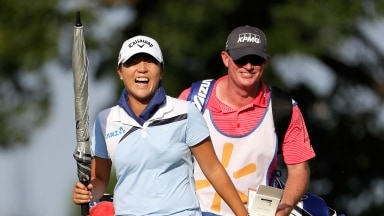 Lydia Ko continued her mastery of Pinnacle Country Club on Saturday, matching the course record with a 9-under 62 to move into a tie for with Morgan Pressel at 14 under in the LPGA's NW Arkansas Championship. 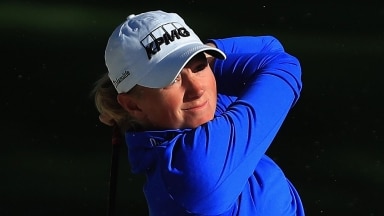 Rolex world No. 1 Lydia Ko and No. 2 Brooke Henderson are in the field this week at the LPGA’s Walmart NW Arkansas Championship, but Stacy Lewis is the headliner.