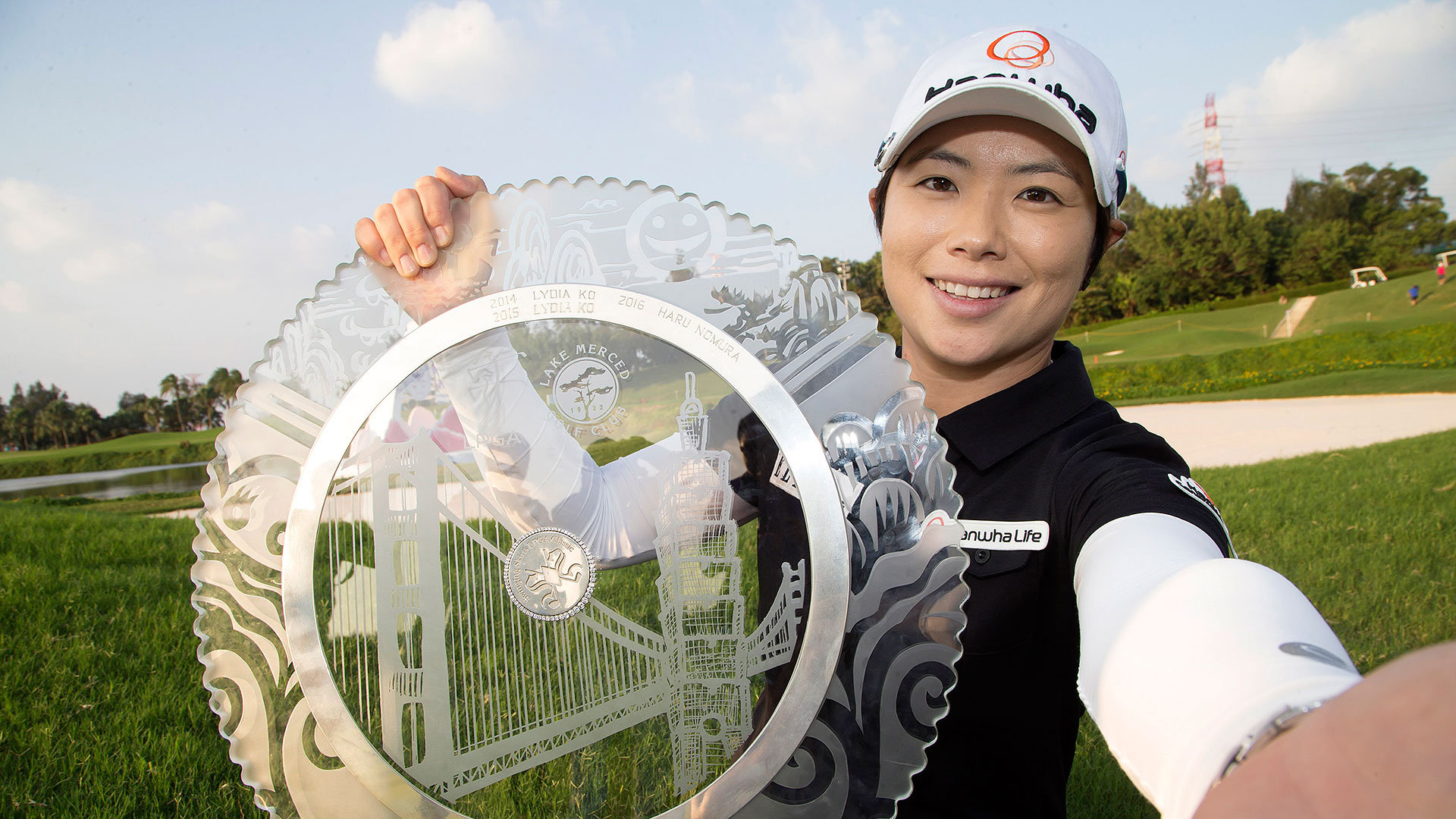 TAIPEI, Taiwan - Eun-Hee Ji fired a 7-under-par 65 to win the Taiwan Championship on Sunday for her first LPGA title since the 2009 U.S. Women's Open.

Ji, who had a six-stroke lead heading into the final round, carded seven birdies to finish at 17-under 271, six strokes ahead of Lydia Ko, who also closed with a 65.

''I'm so happy and excited because I haven't won for the past eight years,'' said Ji. ''So I was waiting for this moment for so long, so I'm super happy right now.''

Ji's six-stroke margin of victory ties the largest of the 2017 season, joining the previous mark set by Mirim Lee at the Kia Classic.

''I'll still take a birdie on the finishing hole,'' said Ko. ''When I was on 17 tee I said I want to finish with two birdies, and I was able to do that. I played really solid today.''

Top-ranked So Yeon Ryu also shot a bogey-free 65 to move into a tie for third place with Lizette Salas and Carlota Ciganda.

Sung Hyun Park, the U.S. LPGA rookie of the year, shot a 71 to finish well back at 5 over while defending champion Ha Na Jang was a further stroke behind after closing with a 68.

LPGA veteran Jenny Shin, who started the final round tied for second, struggled with the conditions and fell into a tie for 14th after a 73.