Jimenez leads by two at Tradition; Langer six back 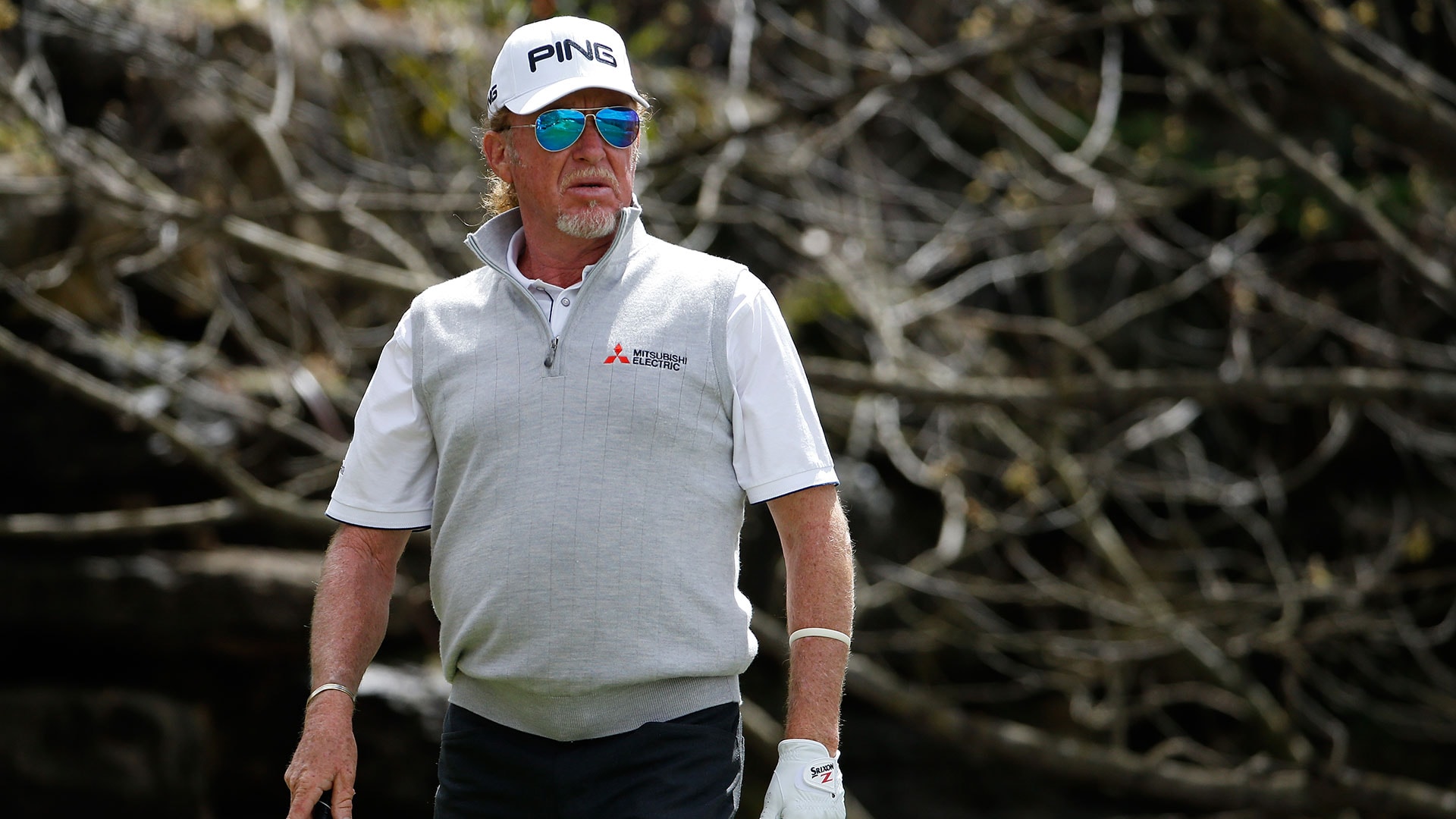 BIRMINGHAM, Ala. – Miguel Angel Jimenez matched the course record with an 8-under 64 on Thursday to take the first-round lead in the Regions Tradition, the first of the PGA Tour Champions' five major championships.

Jimenez birdied the first four holes and broke the front-nine record at 6-under 30 at Greystone Golf & Country Club. The Spaniard took the outright lead with a short birdie putt on No. 13 after a rain delay of 1 hour, 17 minutes.

Jimenez tied the course record set by Kenny Perry in the first round in 2016 and matched by Bernhard Langer in the final round a year ago. Jimenez also opened with a 64 in the Chubb Classic before finishing ninth.

''The only hole I didn't play well, the 18th, but I missed my driver,'' Jimenez said. ''We were rushed looking at the weather coming or not and the gusting wind started to come in and I rushed myself.''

Two-time defending champion Langer closed with a birdie for a 70. He has a record 10 senior major titles and is trying to become the first to win the Tradition three straight years since it began in 1989.

The round began with an early two-tee start to try to beat the rain that became a downpour around lunchtime. It will have a similar schedule Friday.

Durant closed with an eagle on the par-5 18th hole to help overcome two bogeys on the first five holes.

''It was a nice finish,'' he said. ''We were trying to beat the storm, too, so we were hurrying on the last hole. I was fortunate to hit a good second shot and then made a long putt, so we got it done.''

Kelly, meanwhile, got his eagle early on No. 2 and was 4 under after four holes, joking that he ''was shooting for 54.''

''I haven't gotten off to a good start for a while, so it was really nice to get comfortable again,'' Kelly said. ''I feel like I've been on edge for quite a few months. Just going to try and take it easy as it comes the rest of the way.''

Short was a little more up and down with two bogeys and eight birdies.

He needed two tries to get out of the bunker on No. 17 for a bogey after resuming play, saying he ''got a little stiff there the last couple of holes after the delay and just it's hard to play when you're stiff.''

The rest of his round went much better.

''You can't win today, but you sure can lose, so I'm in a good spot,'' Short said. ''Three more days like this and I should be in a good spot then, too, hopefully.''

Scott McCarron was among four players three shots back at 67. He had one of the better shots of the day, though, with an eagle from the fairway on No. 11 after taking a drop. ''That's why you take a drop, right there,'' he said after the long eagle.