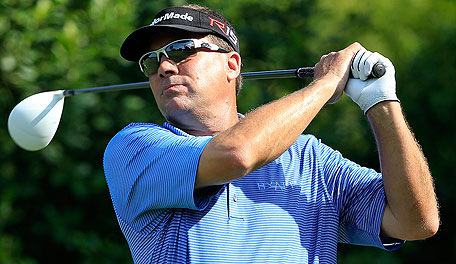 SCOTTSDALE, Ariz. - Brandt Jobe won the Champions Tour qualifying tournament Friday to earn one of five fully exempt spots next year, closing with a 2-under 69 for a one-stroke victory.

Jobe, a six-time winner on the Japan Golf Tour, had an 18-under 266 total on TPC Scottsdale's Champions Course. Tom Byrum, Willie Wood and Jose Coceres tied for second, and Mike Grob was another stroke back to take the last fully exempt spot. Byrum shot 63, Wood and Coceres 67, and Grob 69.

A pair of college coaches came up short in their bid to qualify for the over-50 circuit. Wake Forest's Jerry Haas tied for 20th at 9-under 275, seven shots behind Grob, while Illinois coach Mike Small finished T-46 at 5 under. 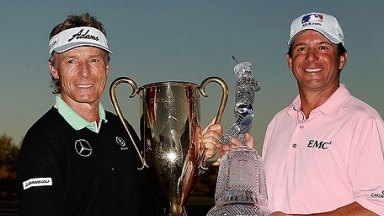 The Champions Tour announced Wednesday the creation of the Charles Schwab Cup Playoffs, a three-event series that will determine the season-long champion.