A. Jutanugarn 1 off Texas lead; Lexi falls 9 back 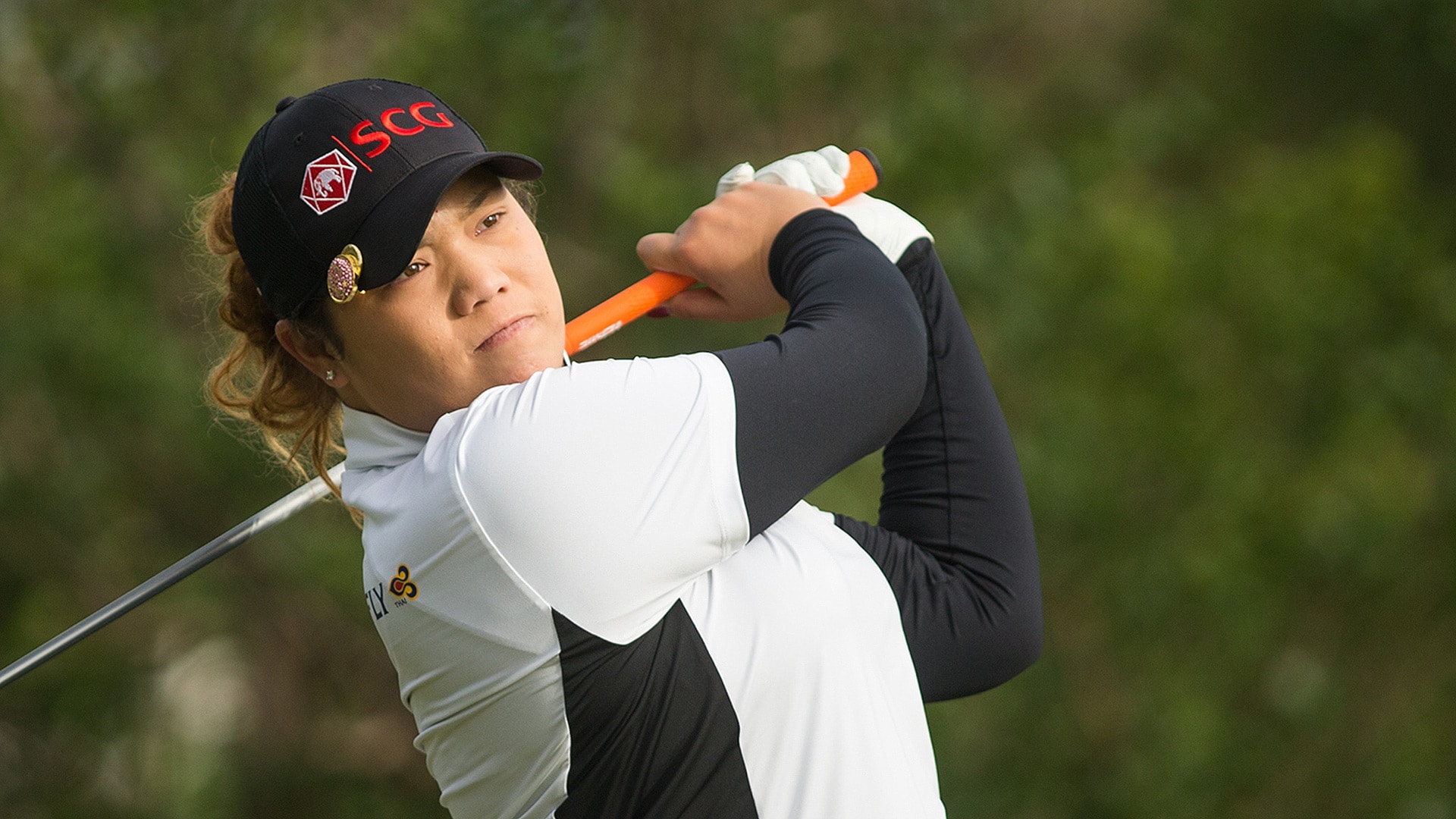 IRVING, Texas – The stubborn winds of North Texas might frustrate some golfers. Not Haru Nomura.

Nomura shot a 6-under 65 on Friday for a two-round total of 133 and a one-shot lead in the North Texas LPGA Shootout.

''My mind was very calm today,'' Nomura said. ''I like windy and tough conditions.''

Ariya Jutanugarn is second following a 67 with Suzann Pettersen another shot behind. Moriya Jutanugarn, Ariya's older sister, is fourth at 136 along with two-time tournament winner Inbee Park and Marina Alex.

Lexi Thompson, playing in her first tournament since a rules violation cost her a likely victory in the season's first major three weeks ago, shot a 72 after birdieing three of the first five holes. She's nine shots behind at 142.

First-round leader M.J. Hur also shot a 72 and trails by four strokes. Hur, who lives in McKinney, about 40 miles from the Las Colinas Country Club course, led after 18 holes last year and tied for second place.

Nomura's best finish of the season is a tie for third at the opening Women's Australian Open. She has two career wins in seven seasons on the tour.

She was 10-under for the tournament on Friday going into the par-5 18th but put her second shot left of the fairway under some trees. Punching out left her with a par putt that curled to the right of the hole.

Ariya Jutanugarn has yet to win this season after claiming five titles in 2016 and being named player of the year.

''Just keep doing like what I did today and keep like playing my own game and just go have fun,'' she said.

Moriya Jutanugarn, who is 16 months older than Ariya, aced the 135-yard 13th. Her best career result is a fourth-place finish at the 2013 Women's Australian Open.

The sisters are staying together, and Moriya said she's looking forward to competing against Ariya.

Dori Carter's 8-under 63 broke the tournament record by one shot. Carter, winless in seven seasons on tour, eagled the par-5 3rd hole with a sand wedge from about 70 yards. That highlighted a run of six straight sub-par holes.

Thompson's 3-over back nine included a double bogey on the par-3 17th. Her tee shot landed 5 feet in front of the pin but rolled off the back of the green and into back water.

Park won at Las Colinas in 2013, when she was the player of the year, and again in 2015. After missing five cuts in 10 starts last season, she said she's treating her 11th year on tour like it's her first.

''I was getting a little too bored of the game and losing a little bit of concentration,'' Park said. ''I try to appreciate whatever is happening. It makes me a lot more happy.''

Defending champion Jenny Shin followed Thursday's 71 with a 72, trailing by 10.

Eighty players made the cut, which was 3 over. There will be a second cut after Saturday's third round to the top 50 and ties.

With rain forecast for Saturday afternoon and evening in the Dallas-Fort Worth area, the third round will be played in threesomes beginning earlier than scheduled and sent off split tees.