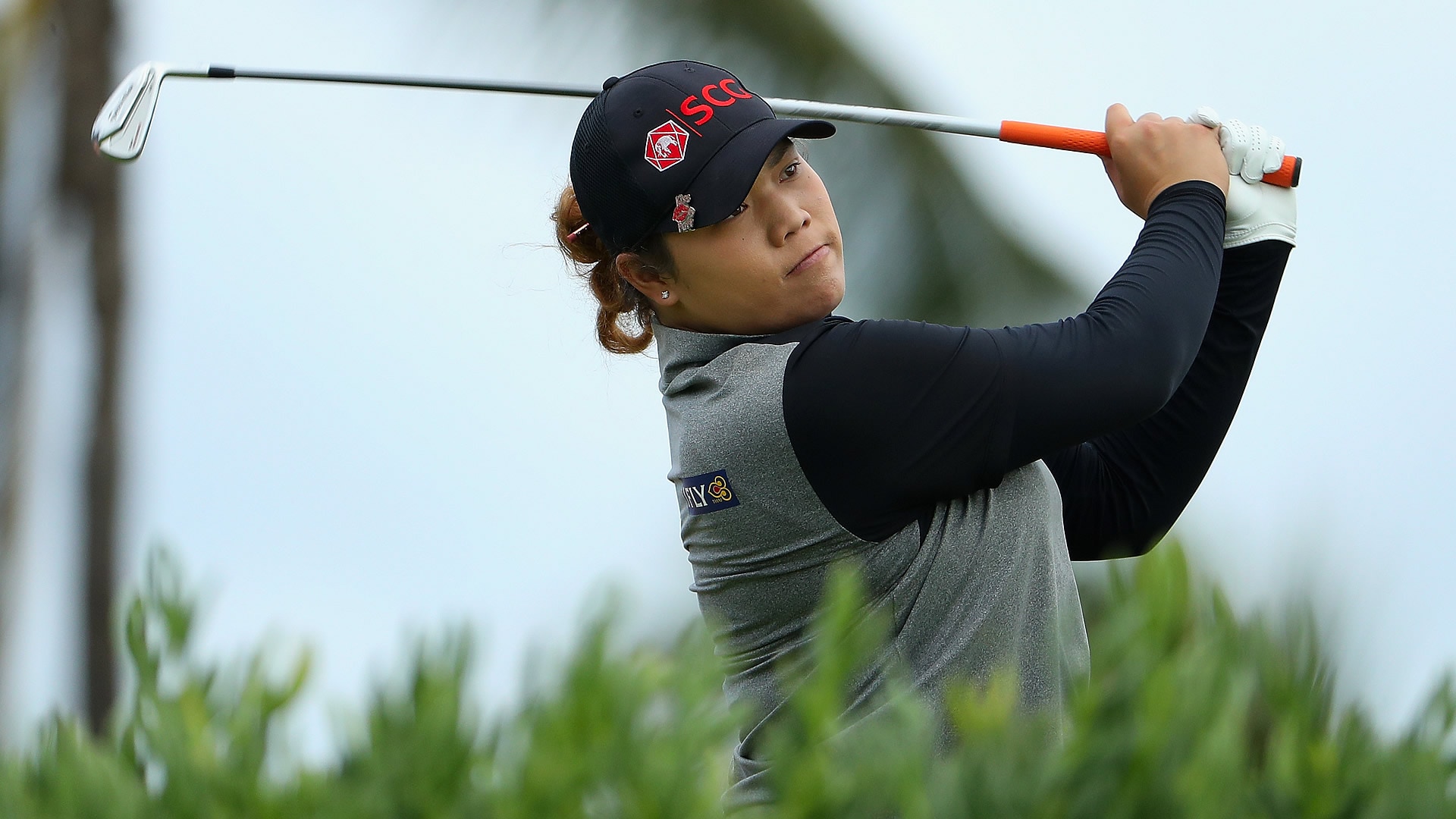 KAPOLEI, Hawaii – Ariya Jutanugarn and In-Kyung Kim each birdied their final hole Thursday to share the lead during the suspended second round of the LPGA Lotte Championship.

Jutanugarn had a bogey-free 6-under 66, and Kim shot 64 to reach 9-under 135 at Ko Olina Golf Club. Jutanugarn won five times last season and was the LPGA's Player of the Year.

Kim, a 28-year-old from Seoul who already has a pair of top-5 finishes here, had five consecutive birdies during one stretch for the lowest round of the day.

''It was nice to get out in the morning, definitely calmer,'' Kim said. ''Now the winds are picking up so it's hard to get to the hole. I had a great putting day. Yesterday I hit the ball pretty well, just didn't make any putts. Today the putts were dropping.''

Su-Yeon Jang, among the 15 players still on the course when play was halted due to darkness, was also at 9 under with two holes remaining. Jang doesn't have a bogey in her first 34 holes of the tournament.

The cut will be determined after the completion of the round Friday morning.

Stacy Lewis (68), first-round co-leader Mi Hyang Lee (70), Alena Sharp (69) and Becky Morgan, who also has two holes remaining, share fourth place at 8 under. There are five players at 7 under, including second-ranked So Yeon Ryu (69), coming off a victory in the major ANA Inspiration, and Olympic champion Inbee Park.

Play was also halted for nearly 90 minutes earlier in the day when the course was cleared due to the threat of lightning.

Paula Creamer, co-leader after an opening 66, bogeyed both par 5s on the front nine and had a double bogey on the par-3 eighth in a 74. Defending champion Minjee Lee rallied for a 68 and is six back, while top-ranked Lydia Ko moved up 45 spots, to 40th, with a 69. Hawaii's Michelle Wie, who won here in 2014, is tied for 60th at 1 under.

For the second straight day, a morning tee time was a huge advantage. Winds began gusting up to 20 mph as the morning groups finished. When the wind stopped, thunder, lightning and rain followed.

Lewis birdied four of her first five holes to get to 8 under early. She bogeyed the 10th just before play was suspended, but got it back with her sixth birdie of the day, at the 13th. The two-time LPGA Player of the Year is winless in her last 69 starts – and 8 under on Ko Olina's front nine this week.

''Honestly, it's just that I've had more momentum going into that side than I have when I've played the back,'' Lewis said. ''I played the back early yesterday and just wasn't striking it very good.

''Then today, coming out after the delay, you kind of lose some of the momentum there. But I played solid for two days and still left some out there, so it's some good golf.''

Lotte announced a three-year extension this week, which will take it through 2020.