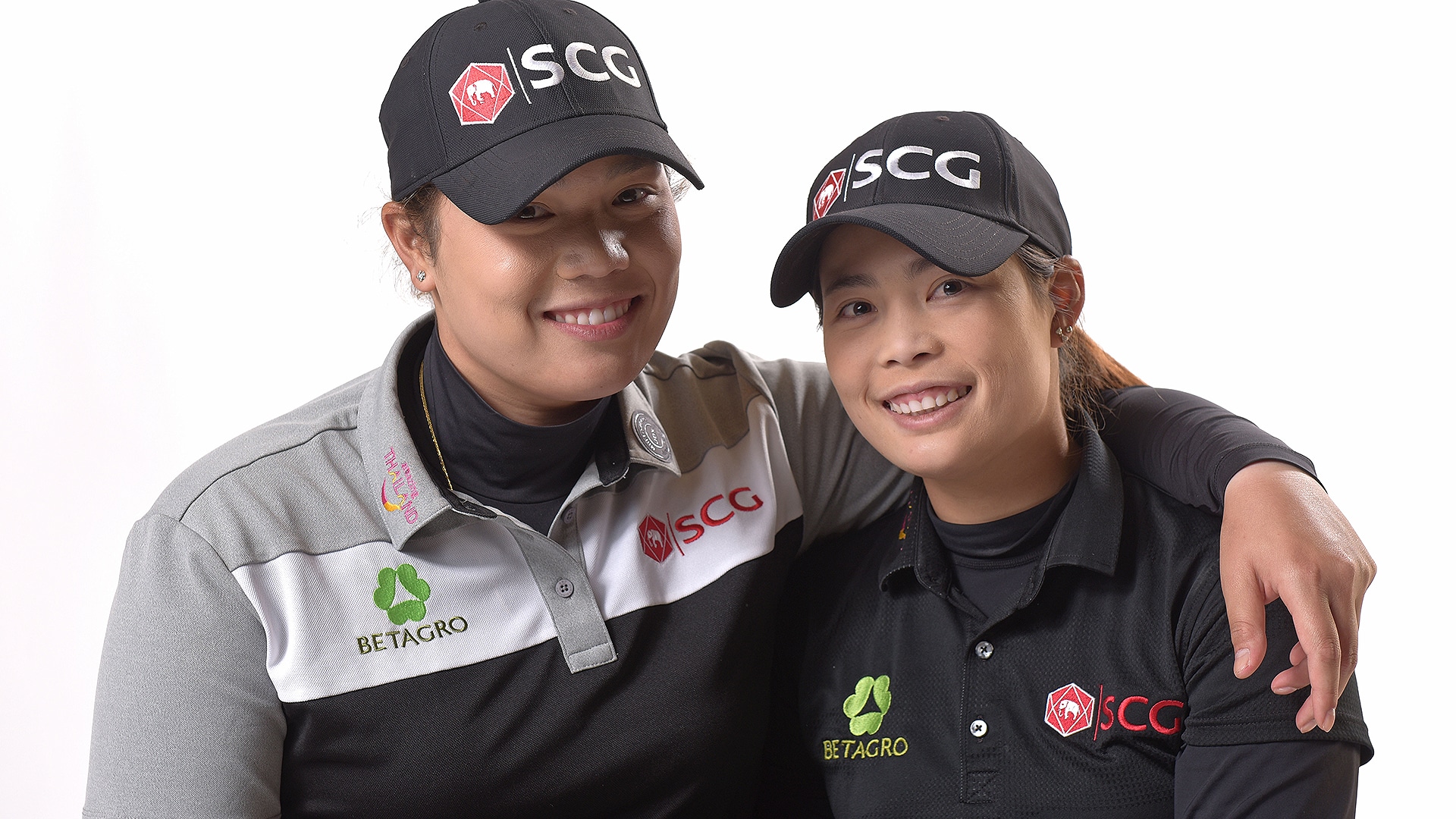 The sisters from Thailand do have the same goal in the LPGA, hoping their shot-to-shot focus leads to titles.

The Jutanugarns are two of six women with a shot at the Volvik Championship to become the circuit's first two-time winner this year. The first round begins Thursday at Travis Pointe Country Club, a course six winners are skipping to prepare elsewhere for next week's U.S. Women's Open at Shoal Creek in Alabama.

''Everybody has a chance to win every weekend,'' Moriya said. ''That's how hard it is on tour right now.''

Ariya competes with a grip-it-and-rip-it approach, usually hammering a 3-wood off the tee.

That's perhaps fitting because she's 16 months older than her sister.

''It's funny because when we think about something, it's always the different,'' she said. ''But we pretty much end up with the same idea.''

Off the course, they're also different.

The 22-year-old Ariya appears careful and guarded when having conversations with people she doesn't know well. The 23-year-old Moriya, meanwhile, enjoys engaging in interesting discussions with those who cross her path.

Their mother, Narumon, was with her daughters Wednesday and the three of them always stay together as a family. They don't cook during tournament weeks and opt to eat out, searching for good places like the sushi restaurant they've discovered near Travis Pointe.

Their father, Somboon, does not watch them play in person. They sisters say he has retired from owning a golf shop in Thailand.

Even if he is relegating to watching from the other side of the world, Somboon Jutanugarn must be proud of the way his daughters are playing.

Ariya became the first Thai winner in LPGA history in 2016, the same year she went on to win the inaugural Volvik Championship. She earned her eighth career victory last week in Virginia and is one of two players, along with Brooke Henderson, to have LPGA victories this year and the previous two years.

Moriya won for the first time in six years on the circuit last month in Los Angeles, joining Annika and Charlotta Sorenstam as the two pairs of sisters to have LPGA victories.

On the money list, Ariya is No. 1 and her sister is third.

In terms of playing regularly, no one is ahead of them.

Ariya is the only LPGA player to start and make the cut in all 12 events this year. Moriya Jutanugarn has also appeared in each tournament this year and failed to make the cut only once.

Instead of working in breaks to practice without competing or simply relax, they have entered every tournament so far and shrug their shoulders at the feat.

The LPGA is hosting an event about five miles from Michigan Stadium for a third straight year and hopes to keep coming back even though it doesn't have a title sponsor secured for 2019. LPGA Commissioner Mike Whan told reporters he's confident Ann Arbor will be a long-term home for the circuit.

''I can't tell you the specifics about how we're going to do that,'' Whan acknowledged.

LPGA and tournament officials are hosting some prospective sponsors this week, trying to persuade them to put their name on the tournament.

Volvik, which makes golf balls, is preparing to scale back its support of the tournament.