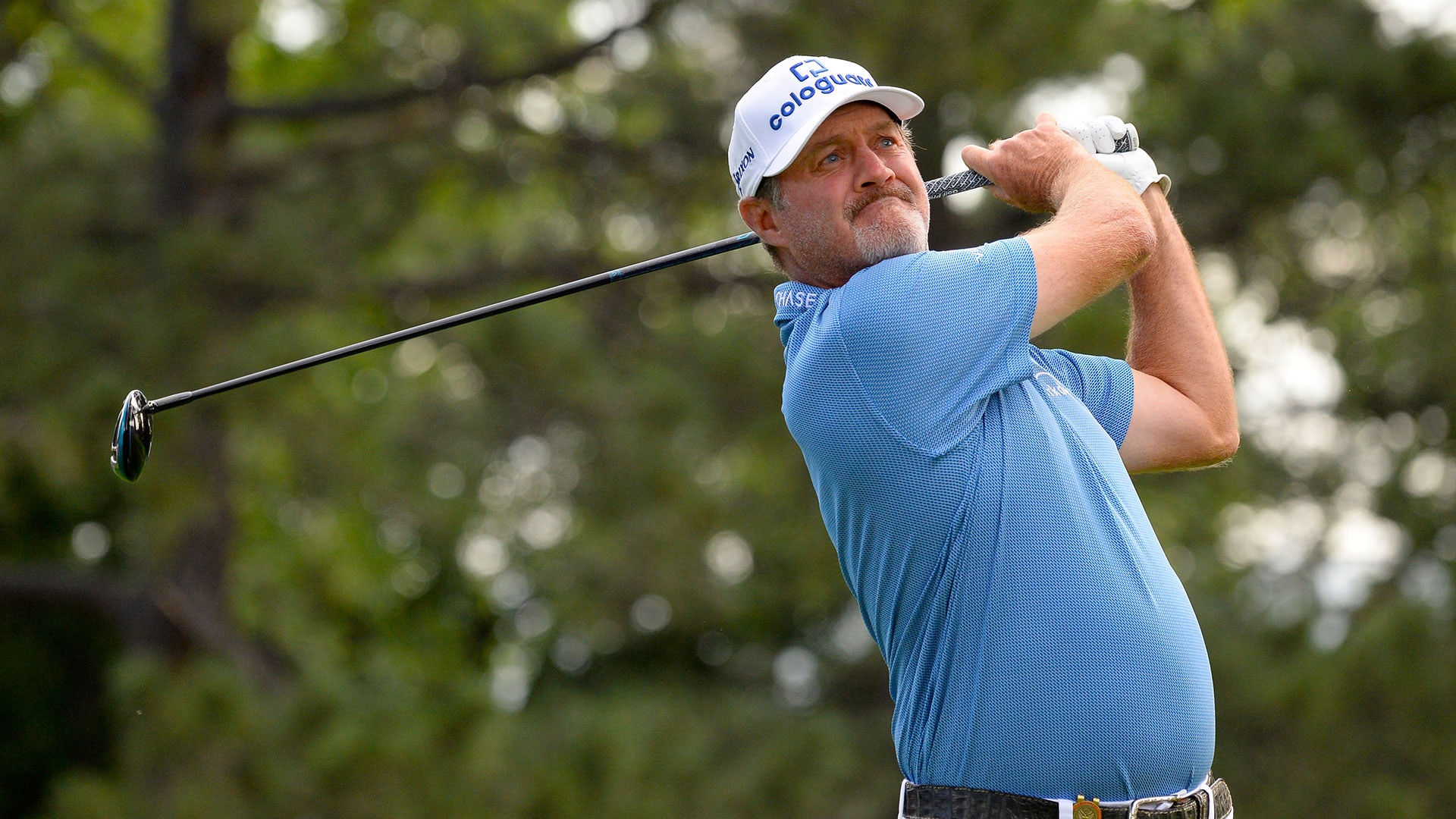 COLORADO SPRINGS, Colo. – Maybe the best way to deal with the greens at the Broadmoor is to not putt on them at all.

Jerry Kelly knew the drill. His chip-in for birdie on No. 18 highlighted a round that left him atop the leaderboard after his second round Friday at the U.S. Senior Open.

After coming up short from the middle of the fairway, Kelly took advantage of a decent lie outside a bunker, chipped the ball and watched it go straight in. He made three more birdies on the front nine - his second nine - to complete a round of 1-under 69 and leave the course with a one-shot lead at 5-under 135.

''I knew I had to pull something out,'' Kelly said. ''And the chip came out just perfect and rolled right down and went in, and that got things going again.''

''When you see guys hit the fairways consistently, you feed off that,'' Kelly said. ''And that's really the key out here, is just hitting the fairways.''

Jimenez, coming off his first senior major championship last month, followed that rule to a 'T.' He hit 17 greens in regulation on his way to a bogey-free round. But he still needed 33 putts - fitting on a golf course where the Will Rogers Shrine up on Cheyenne Mountain dictates the break on every green.

''I can say I didn't miss any putt,'' Jimenez said. ''I hit every one right in the middle, but then the hole is moving.''

Tim Petrovic had the best round of the morning, shooting 30 on the front nine - his second nine - to finish with a 65 and get to 3 under for the tournament.

He took advantage of calm conditions that were far different from the 35-mph gusts the players faced in Thursday afternoon's round. And he finally calibrated the higher altitude in Colorado, which most people believe adds 10 percent distance to every shot.

''I told my caddie as we were making the turn that we need to just slow it down, not hit so many half shots and just play within,'' Petrovic said. ''And we started hitting some really good, quality shots.''

Davis Love III (68) and Philip Golding (67) were the only others to break par in the morning. Both head into the weekend four behind Kelly, at 1 under. 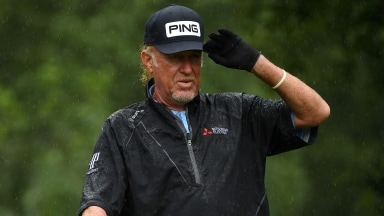