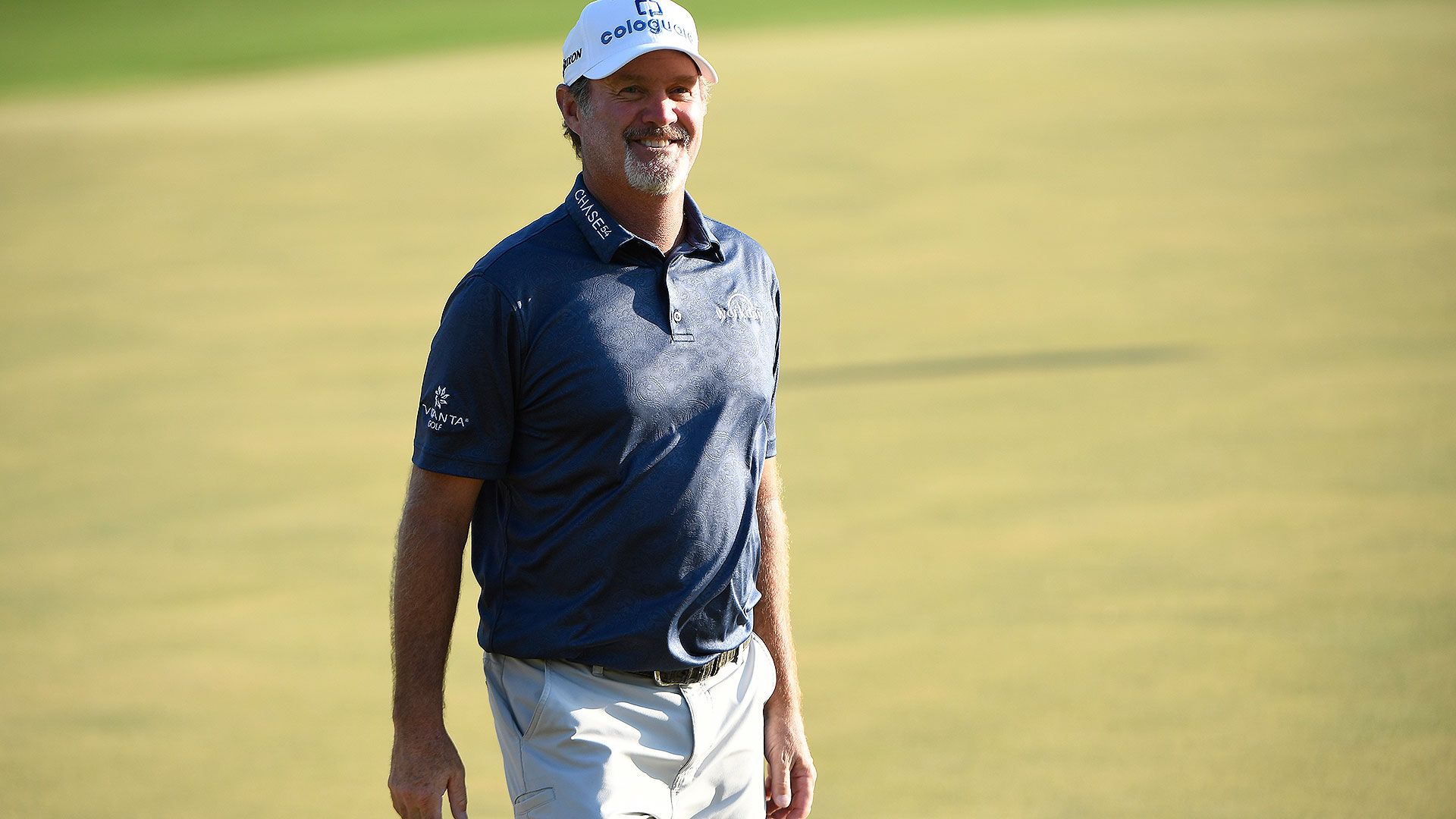 KAILUA-KONA, Hawaii - Fresh off a solid performance on Oahu, Jerry Kelly shot an 8-under 64 on the Big Island on Thursday to share the first-round lead at the Mitsubishi Electric Championship, the season opener on the PGA Tour Champions.

The 51-year-old Kelly, who tied for 14th at the PGA Tour's Sony Open last week in Honolulu, birdied five of his final seven holes to shoot 30 on the back nine at Hualalai. He won twice last season, his first on the over-50 tour.

Gene Sauers also shot 64, going bogey-free amid calm conditions. Thirty-two of the 44 players broke par in the limited-field event, which includes winners from last season, past champions of the event, major champions and Hall of Famers.

Rocco Mediate and Colin Montgomerie were one shot back, and Fred Couples, Kevin Sutherland and Kirk Triplett were another shot behind.

Bernhard Langer, defending the first of his seven 2017 titles, was in the middle of the pack after a 69.