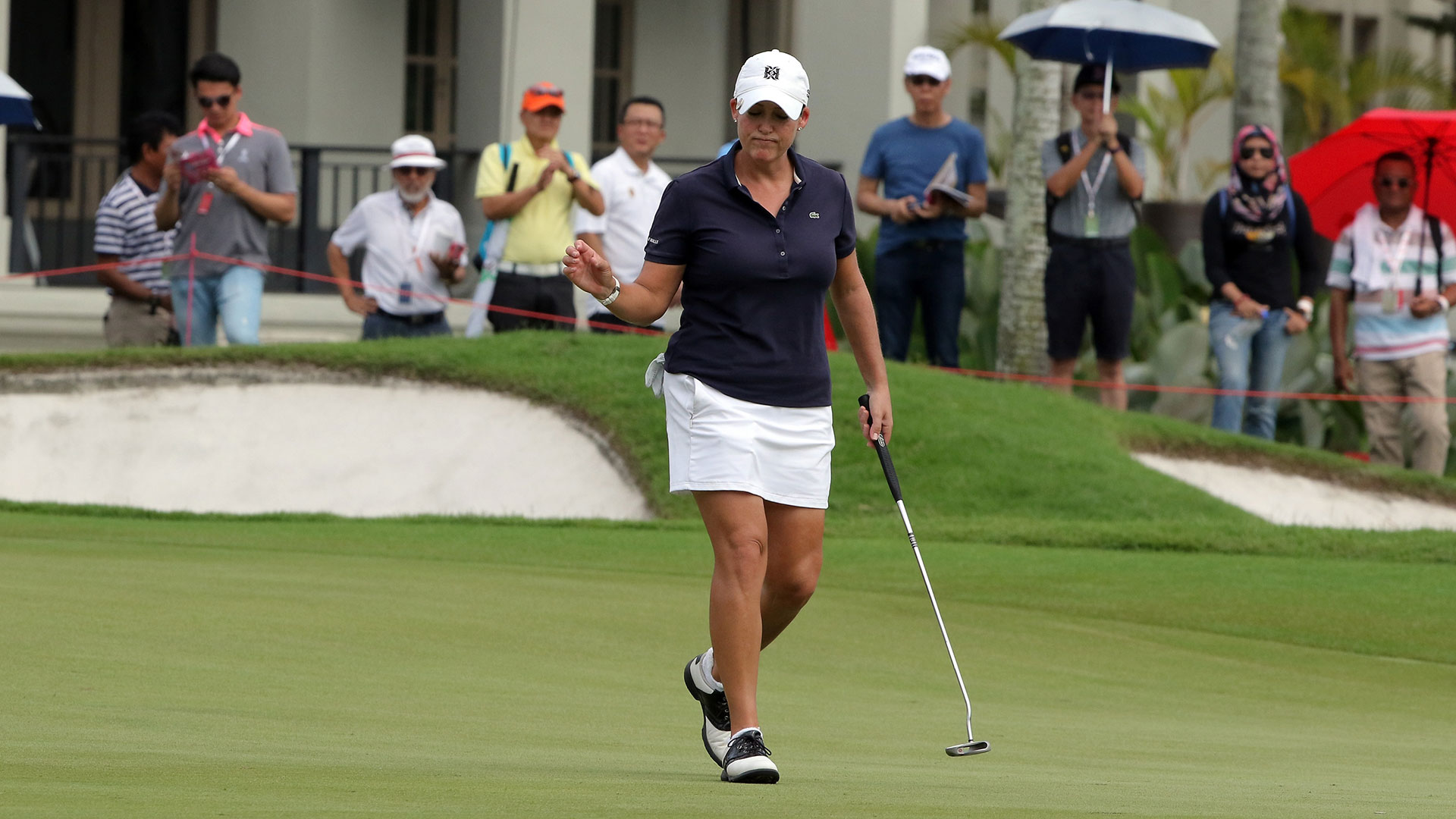 KUALA LUMPUR, Malaysia – Cristie Kerr fired a 6-under 65 Saturday to take a one-stroke lead over defending champion Shanshan Feng at the Sime Darby.

The American veteran, who posted the tournament's lowest score of 63 on Friday, had five birdies in the opening nine holes of the third round and got two more for an overall 15-under 198.

''I'm just going to enjoy it,'' Kerr said of Sunday as she aims to clinch her first title in six months. ''I'm just going to try to not put too much pressure on myself. I try to do the best on every shot, so that's my mantra tomorrow.''

Former top-ranked Lydia Ko, the first-round leader, saw her title challenge all but end after posting a 70 to end the day tied for 12th on 7-under 206.

Feng stays in firm contention after the Chinese shot 3-under 68, despite only managing three birdies in tropical conditions at TPC Kuala Lumpur.

''It was really hot with no breeze,'' Feng said. ''I almost felt like I was going down, but I tried my best ... I mean, my ball-striking wasn't as accurate but I think overall 3-under, bogey-free round is still a very good score for Saturday.''

South Korea's Kim Sei-young is four shots behind Kerr in third, while American duo Stacy Lewis and Jacqui Concolino are tied for fourth.