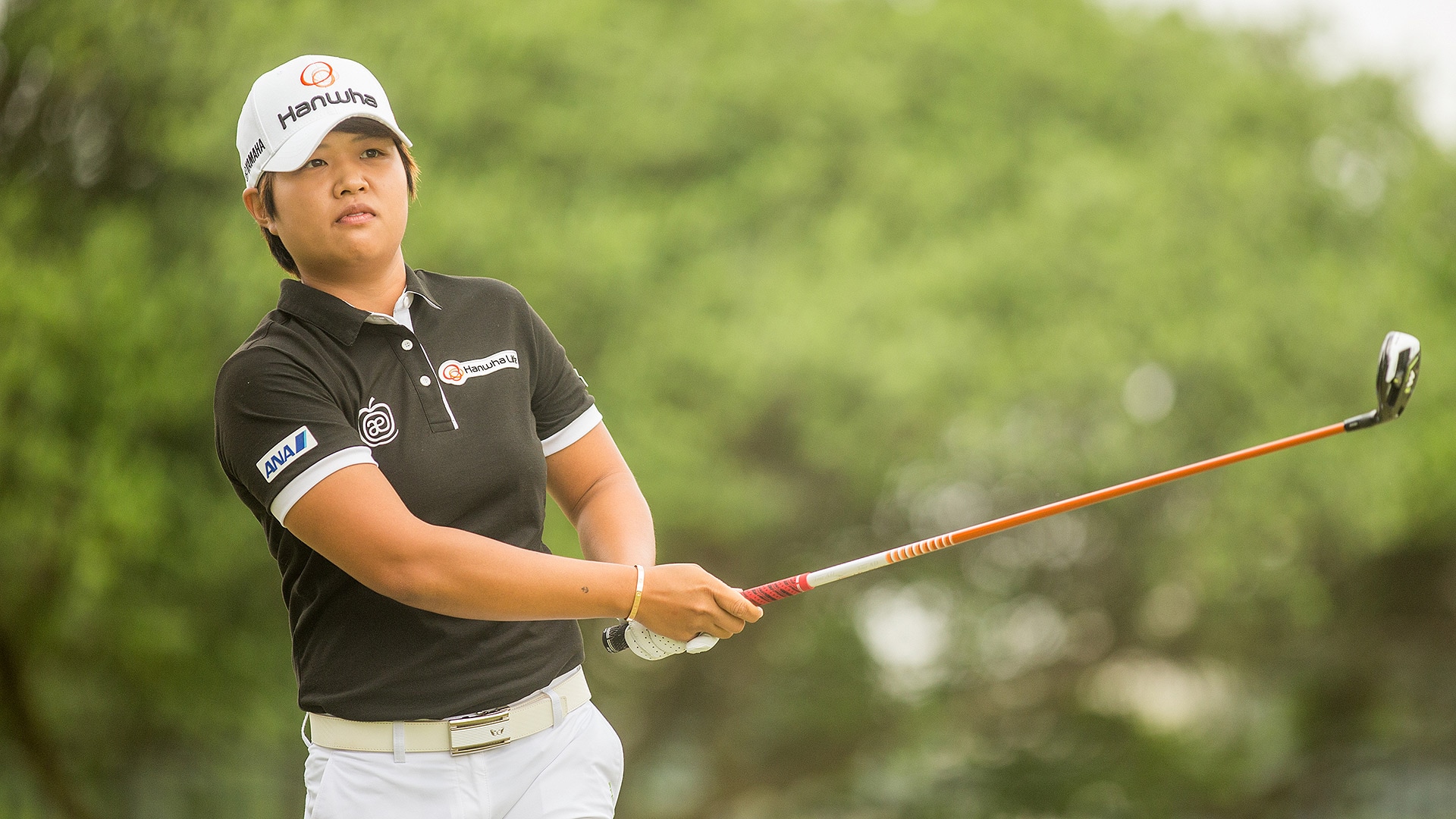 IRVING, Texas - Haru Nomura of Japan still had fun on another windy day in North Texas.

Despite a 1-over-par 72 with a late double bogey in the third round, she actually doubled her lead Saturday.

''I have fun, yeah,'' said Nomura, who at 8-under 205 takes a two-stroke lead into the final round. ''I like windy and tough conditions, and from fairway to green. Yeah, I love it.''

With winds of about 20 mph and a threatening storm creating difficult conditions for the second straight day, only three players shot in the 60s Saturday.

Stacy Lewis had a bogey-free 66 that pushed her from tied for 44th place after 36 holes up to fifth.

''I was excited about the early tee time because I knew getting out earlier would be an advantage to post a number and just see what happens,'' Lewis said. ''It's playing really hard and you just have to be really patient.''

Lewis has 11 career victories, but hasn't won since 2014, when the Texas event was the first of her three victories in a season when she was the LPGA's top player.

Kerr won the LPGA Lotte Championship in Hawaii two weeks ago before the tour had last week off. That was her 19th career victory.

''I'm just staying in the moment. If I make a mistake, I'm not getting too caught up in it,'' Kerr said. ''I don't feel like I've peaked this week yet. I've had some chances to shoot some low numbers, but just haven't quite made the putts.''

The second-round leaders teed off nearly 3 1/2 hours earlier than scheduled Saturday, and in threesomes instead of twosomes. But play was finished without any rain.

Nomura had actually stretched her lead to four strokes before the double bogey at the par-3 17th when her tee shot went over the green and into a hazard.

''I had the perfect distance, but just landing low pretty hard,'' she said. ''So that's unlucky. That's golf.''

She managed to save par at the par-5 18th after her second shot went well left, bounced hard off a concrete cart path and ricocheted way past the green.

Ariya Jutanugarn started the day a stroke off the lead and with a win this weekend would take over as the world's No. 1-ranked player. But the third-ranked Jutanugarn shot a 76 with six bogeys and settled in a group of five players, including her sister Moriya (74), who are five strokes off the lead.

Lydia Ko, ranked No. 1 for 79 straight weeks, withdrew before the third round because of an eye infection.

Her agent said in a statement that Ko has a swollen eye from an infection, likely caused by allergies that have been bothering her all week. A doctor advised Ko not to wear contact lenses until she got better.

The only other player who could overtake Ko at the top of the Rolex Rankings is No. 2 So Yeon Ryu, if she finishes first or second in Texas. Ryu shot a 68 on Saturday to get to 2-under 211.

After 79 players started play Saturday, there were 53 who made the secondary cut to advance to the fourth round.