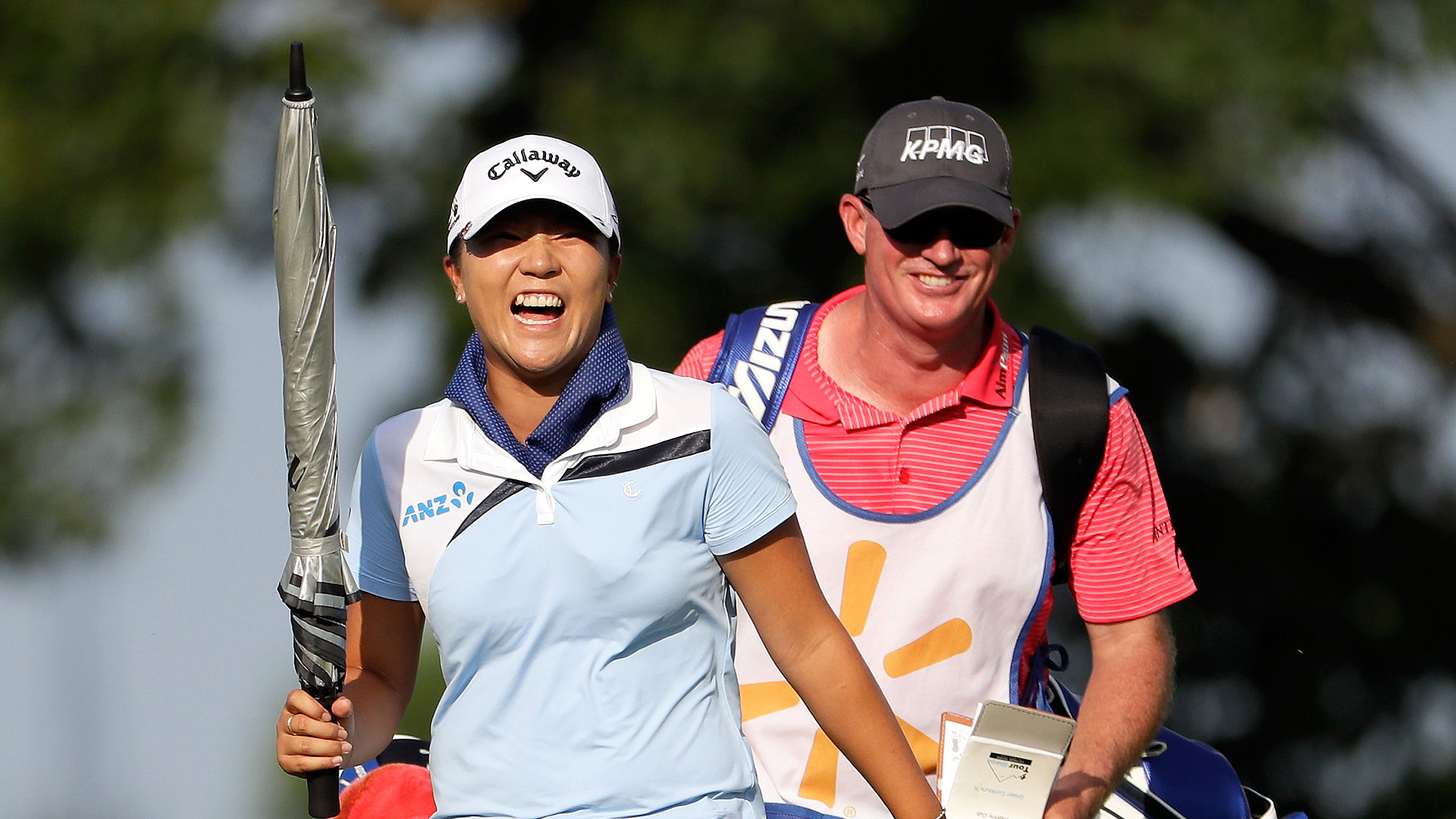 ROGERS, Ark. - Lydia Ko is comfortable on most any golf course she steps onto these days.

The top-ranked player feels exceptionally at home at Pinnacle Country Club in the LPGA's NW Arkansas Championship, and that comfort level has shown in her performances over the last few years.

Ko continued her mastery of the 6,330-yard layout Saturday, matching the course record with a 9-under 62 to move into a tie for with Morgan Pressel at 14 under. Ko played the final eight holes in 7 under, making five birdies and the eagle.

The New Zealander has shot under par in each of her 11 rounds over the last four years at Pinnacle, resulting in a fourth-place finish as an amateur in 2013 and then a second and sixth over the last two years. She has been at her best in the final rounds each year, including a 63 a year ago.

''I've played well here the last three years and have had really solid Sundays,'' Ko said. ''I love it here, and I really like the golf course.''

Ko and Pressel were two shots ahead of Jing Yan, Candie Kung and Alena Sharp.

Pressel appeared on her way to the lead on her own after shooting a 63, a round that included birdies on Nos. 17 and 18 to cap her lowest round in nine years at Pinnacle.

However, the 19-year-old Ko - the reigning LPGA Player of the Year - closed with a flourish.

Ko made the turn at 7 under and was well off the early leaders when she missed the fairway with a poor drive on No. 10. She recovered to make par and followed with four straight birdies, capping her 7-under back nine with a 10-foot putt for birdie on No. 17 and a 12-foot eagle putt on the 520-yard par-5 18th.

Ko has two LPGA victories this year, including the major ANA Inspiration, to push her career total to 12. The reigning LPGA Player of the Year has finished no lower than 23rd this year and had finished in the top 10 in eight of her 12 tournaments.

Pressel, meanwhile, hasn't won since the 2008 Kapalua Classic. The major winner at the 2007 Kraft Nabisco Championship (now the ANA Inspiration) has finished second five times since her last victory - including last month in Alabama.

Pressel was one of 13 players who opened the tournament with a 65 on Friday, and she quickly moved up the leaderboard during her afternoon round Saturday.

After Yan took the early clubhouse lead at 12 under following her second straight 65, Pressel moved into a tie at the top following back-to-back birdies on Nos. 13 and 14. She closed her round with a 10-foot birdie putt on the par-3 17th and a two-putt birdie on No. 18.

Pressel missed the cut last year, but she has finished as high as 16th in her eight previous appearances at the tournament. She hit 11 of 13 fairways and 15 of 18 greens in regulation on Saturday, needing 27 putts on her way to a career low round on the course - topping an opening-round 66 she shot in 2010.

''Certainly winning is the goal,'' Pressel said. ''... If I play anywhere near like I did today, I think that I can get it done.''

Local favorite and former No. 1 Stacy Lewis was 5 under after a 70.

Second-ranked Brooke Henderson, who beat Ko in a playoff two weeks ago at the KPMG Women's PGA Championship, missed the cut after a second-round 73 and finished at even par.