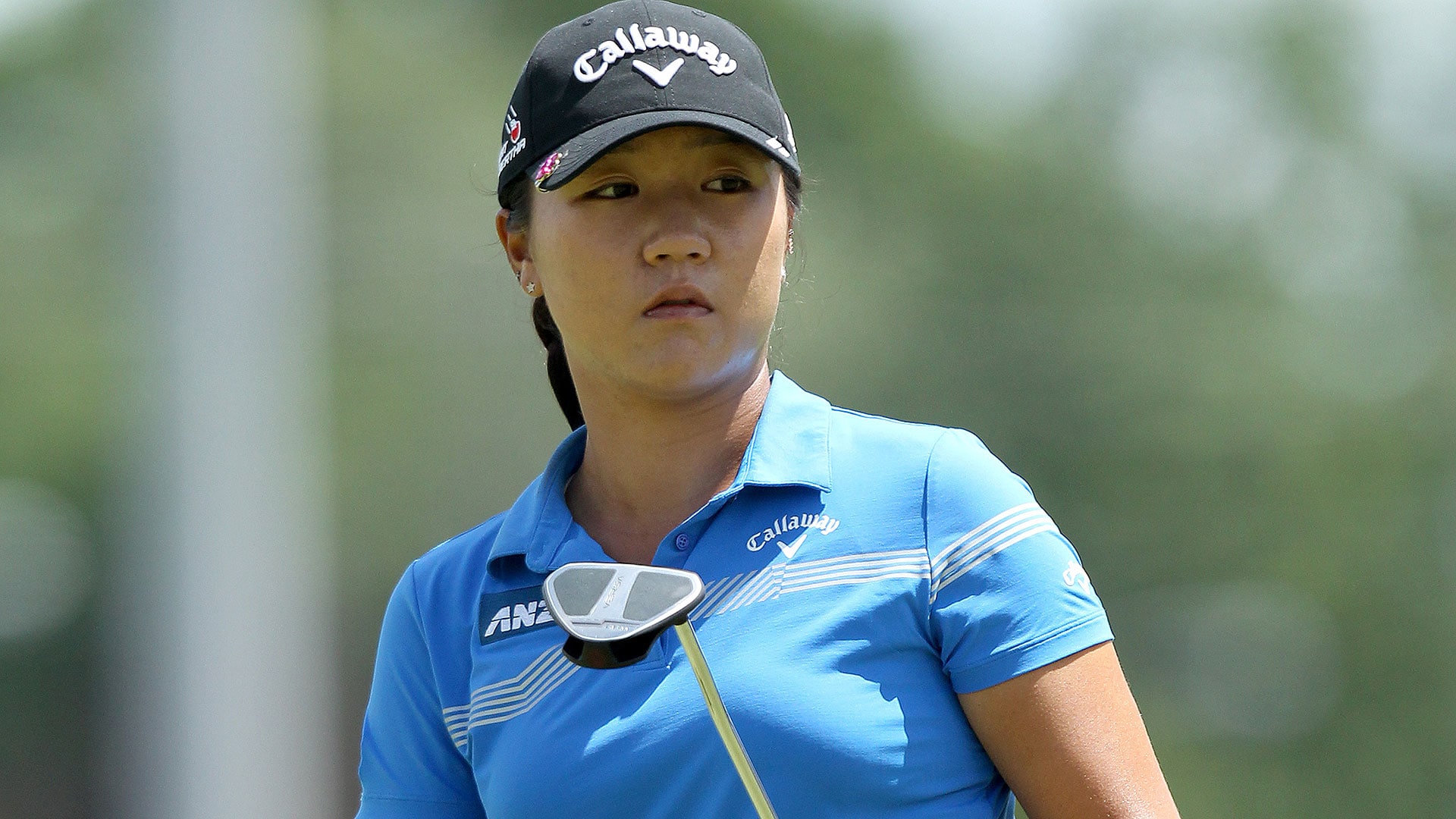 SYLVANIA, Ohio - Lydia Ko shot a 5-under 66 in windy conditions Friday for a share of the Marathon Classic lead with Hyo Joo Kim.

The top-ranked Ko had six birdies and one bogey at Highland Meadows to match Kim at 8-under 134. Kim, tied for the first-round lead with Mirim Lee and Haru Nomura, had a 68.

''I think this is the windiest I've ever played this course,'' said Ko, the 2014 tournament winner. ''In this wind and in the conditions, I feel like my score is a pretty solid one this morning.''

''I started off well with a birdie on my first hole, and then made a clumsy bogey on the next hole,'' Ko said. ''I hit a few good shots in. I had a few birdies where it was 3, 4, 5 feet. When you got those birdie chances makes it a whole lot easier.''

Kim won the season-opening event in the Bahamas for her third career title.

Alison Lee and Ha Na Jang were a stroke back. Alison Lee birdied the last three holes for a 66.

''Finishing birdie, birdie, birdie was great, obviously,'' Alison Lee said. ''I haven't had a good round like this in a while. To be honest, I struggled fairly a lot for the past like about four months. Feels great to shoot under par again.''

Jang shot 67. She has two victories this season.

''I think just be patient every hole, just fairway and the greens,'' Jang said. ''Because this golf course really small green. Just target is middle of the green.''

Mirim Lee had a 70 to drop into a tie for fifth at 6 under. Ariya Jutanugarn, the long-hitting Thai player who won three straight events in May, also was 6 under after a 69.

Brittany Lang, coming off a playoff victory over Anna Nordqvist on Sunday in the U.S. Women's Open, shot a 69 to reach 3 under. Nordqvist was even par after a 72.

Italy's Virginia Elena Carta, the NCAA champion this year as a Duke freshman, was 2 under after a 69 in her first start in an LPGA event.

Second-ranked Brooke Henderson also was 2 under after a 72. The Canadian teen has two victories this year, beating Ko in a playoff in the major KPMG Women's PGA and successfully defending a title in Oregon.

Defending champion Chella Choi missed the cut with rounds of 69 and 74. Last year, she beat Jang with a par on the first hole of a playoff for her first LPGA victory.

Michelle Wie also missed the cut, following her opening 69 with a 77.