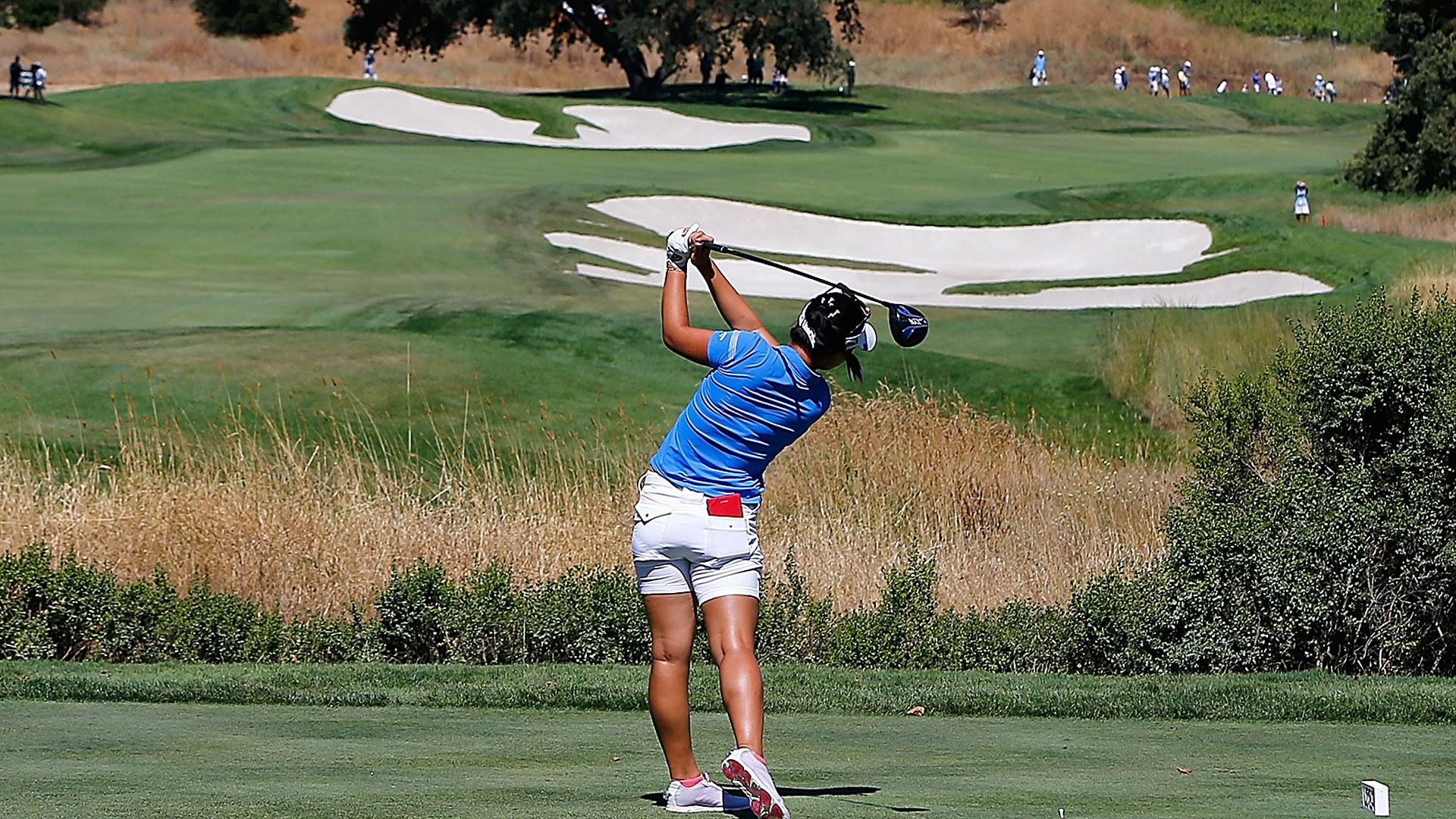 SAN MARTIN, Calif. - When Lydia Ko first came to a U.S. Women's Open four years ago, her hands were shaking so much out of nerves. Now with two major titles under her belt by age 19, Ko is able to keep those emotions under control and project a picture of calmness on the golf course.

Ko birdied the 18th hole to cap a 2-under 70 in the third round Saturday that put her in the lead at the U.S. Women's Open, bolstering her chance for her third major title in less than a year.

''I think nerves are good because it means you're excited,'' Ko said. ''You're ready. It means a lot to you. You've got to be able to control it. But a little bit of nerves is always good. It can end up being a little bit of adrenaline.''

Whatever Ko is doing is working.

She became the youngest woman to win a major last year at the Evian Championship and followed that up by winning the ANA Inspiration this spring. Now she's in contention for her first U.S. Open title after failing to make the top 10 in her first four appearances.

Ko has a one-shot lead over 2009 winner Eun Hee Ji and Sung Hyun Park. Brittany Lang and Amy Yang are two shots back at 5 under, and Angela Stanford is in sixth place at 4 under at CordeValle.

''I'm going to just try and enjoy it, just focus on the shot I have in front of me and not think about what everybody else is doing,'' Ko said. ''If I think that way, I won't get too carried away with what position I am at certain parts of the final day.''

Ko's week at the Open got off to a somewhat shaky start when she was tied for 52nd after a 73 in the first round in the difficult afternoon conditions.

But Ko got into contention with a 66 in the second round and then took sole possession of the lead on the final hole Saturday. Her approach shot spun back about 9 feet from the hole. She calmly sank the putt and then threw her ball into the stands in celebration.

Ko is tied for the fewest putts through three rounds. She made two other long birdies Saturday, a 25-foot downhill putt on No. 3 and a long left-to-right swinging putt on No. 13 that she initially thought she had over-read.

''That's what I was doing the majority of the day,'' she said. ''I said, 'Oh, man.' And then I was kind of walking a little bit and then I saw the ball drop. So it kind of took me by surprise. So it was a lucky one.''

Ji has broken par all three rounds with a 69 and 71 in the first two rounds followed by the 2-under performance on Saturday. She is looking for her first LPGA win since winning the Open at Saucon Valley seven years ago.

Park, playing her first U.S. Open and second major ever, got off to a solid start with birdies on the sixth and eighth holes to move to 9 under. But fortunes quickly changed at the par-5 ninth when she hit her tee shot into a hazard for a penalty and ended up with a double bogey.

''I've been here before and I think you really have to just get to work on what you're doing, because if you spend a lot of time thinking about where you're going to finish, you're going to drop down pretty quick,'' Lang said.

There are several other golfers lurking close enough to make a push on Sunday. Danielle Kang is at 3 under and fellow Americans Cristie Kerr, Stacy Lewis and Kris Tamulis are among seven golfers five shots back at 2 under.

''There's no doubt I have to shoot at least 4 to 6 under, I'd say tomorrow to have a chance,'' Kerr said. ''It depends on the wind and the weather and the pins. Sometimes they like to set it up easier on Sunday and people get some low scores. I don't know what they're going to do, but I have to be prepared for anything. If the conditions are easier, I have to be prepared to go low.''

The highlight of the day might have been Lee Lopez's ace on the 191-yard, par-3 12th hole. Lopez is at even par for the tournament.