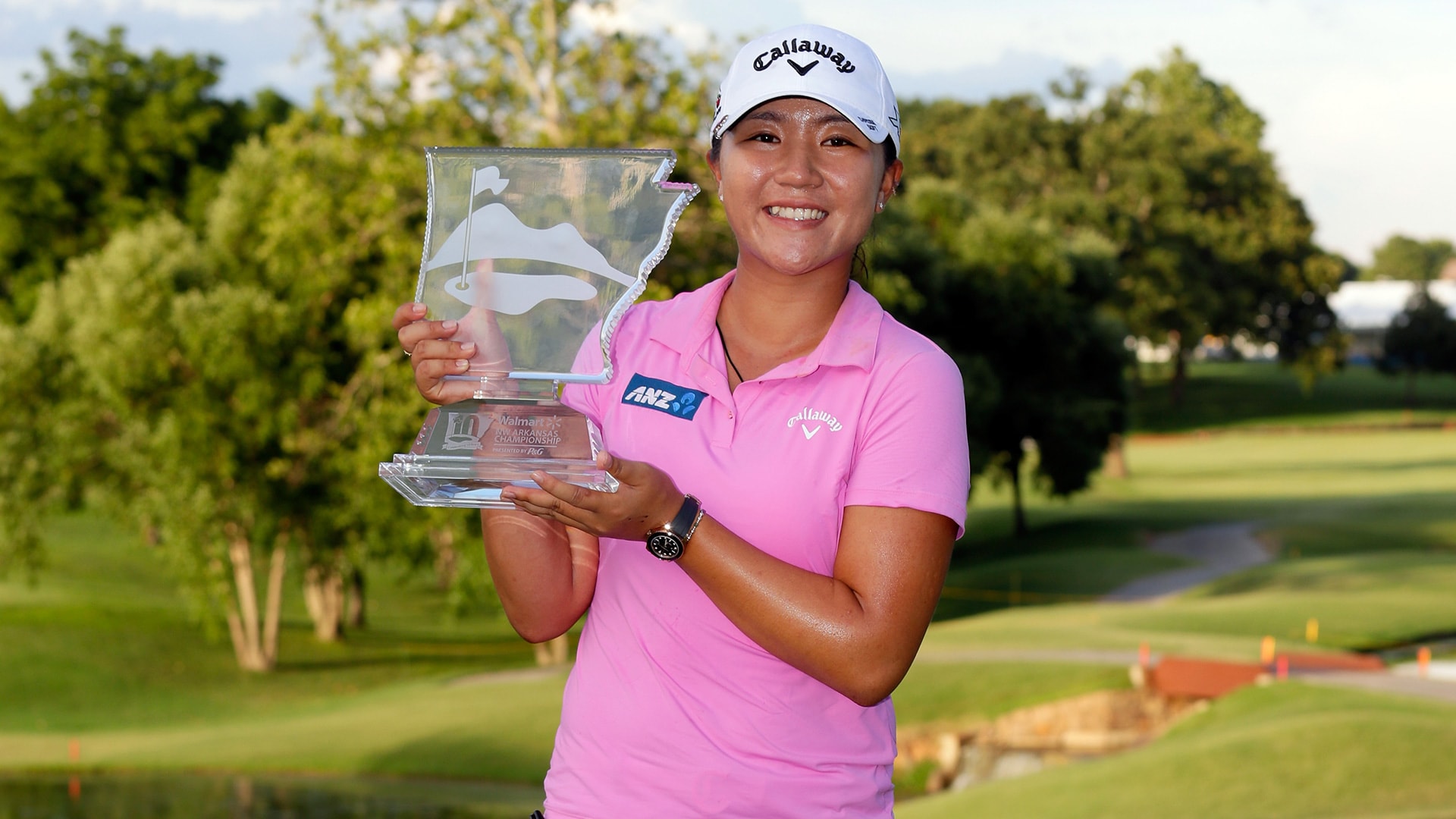 ROGERS, Ark. - Top-ranked Lydia Ko won the NW Arkansas Championship on Sunday for her third LPGA victory of the year, closing with a 3-under 68 for a tournament-record 17-under total and a three-stroke victory.

Ko has finished sixth or better in each of her four appearances at Pinnacle Country Club, and she has shot under par in all 12 rounds.

Morgan Pressel, tied for the lead with Ko at 14 under entering the day, had a 71 to tie for second with Candie Kung (69).

Pressel was the clubhouse leader by two shots Saturday afternoon before Ko shot a back-nine 28 and tied her at 14 under with an eagle on the par-5 18th.

The New Zealander, who became the youngest two-time major winner in LPGA history at the ANA Inspiration, wasted little time in taking control of the tournament after teeing off Sunday.

Playing in the final pairing with Pressel, Ko birdied four of her first five holes - only settling for a par once in the five-hole stretch when narrowly missing a short birdie putt on the par-3 third. After Pressel bogeyed the par-5 second, Ko went from even to three shots clear of the field after only two holes.

And that was just the start of Ko's final-round coronation on a 6,330-yard course she's tamed in each of her four tournament appearances. Ko has shot below 70 in 11 of her 12 rounds at Pinnacle, including matching the course record with her 9-under 62 on Saturday.

Ko fell back to 17 under with a bogey on No. 6, but she stayed two shots clear of Pressel with a 30-foot birdie putt on the par-4 eighth. She then reached as low as 19 under with a birdie on the 246-yard par-4 10th, well on her way to topping the previous tournament low of 15 under - set by Seon Hwa Lee in 2008 and matched by Na Yeon Choi a year ago.

Pressel stayed within two shots of Ko for much of the round, reaching 17 under following a birdie on No. 10. However, her round unraveled with a poor tee shot on the par-3 11th - leading to the first of four straight bogeys that took Pressel, who is still in search of her first victory since 2008, out of contention.

Ko, atop the world rankings for the last 35 weeks, earned $300,000. She began the 18th with a four-shot lead before hitting her layup in the water and settling for a bogey.