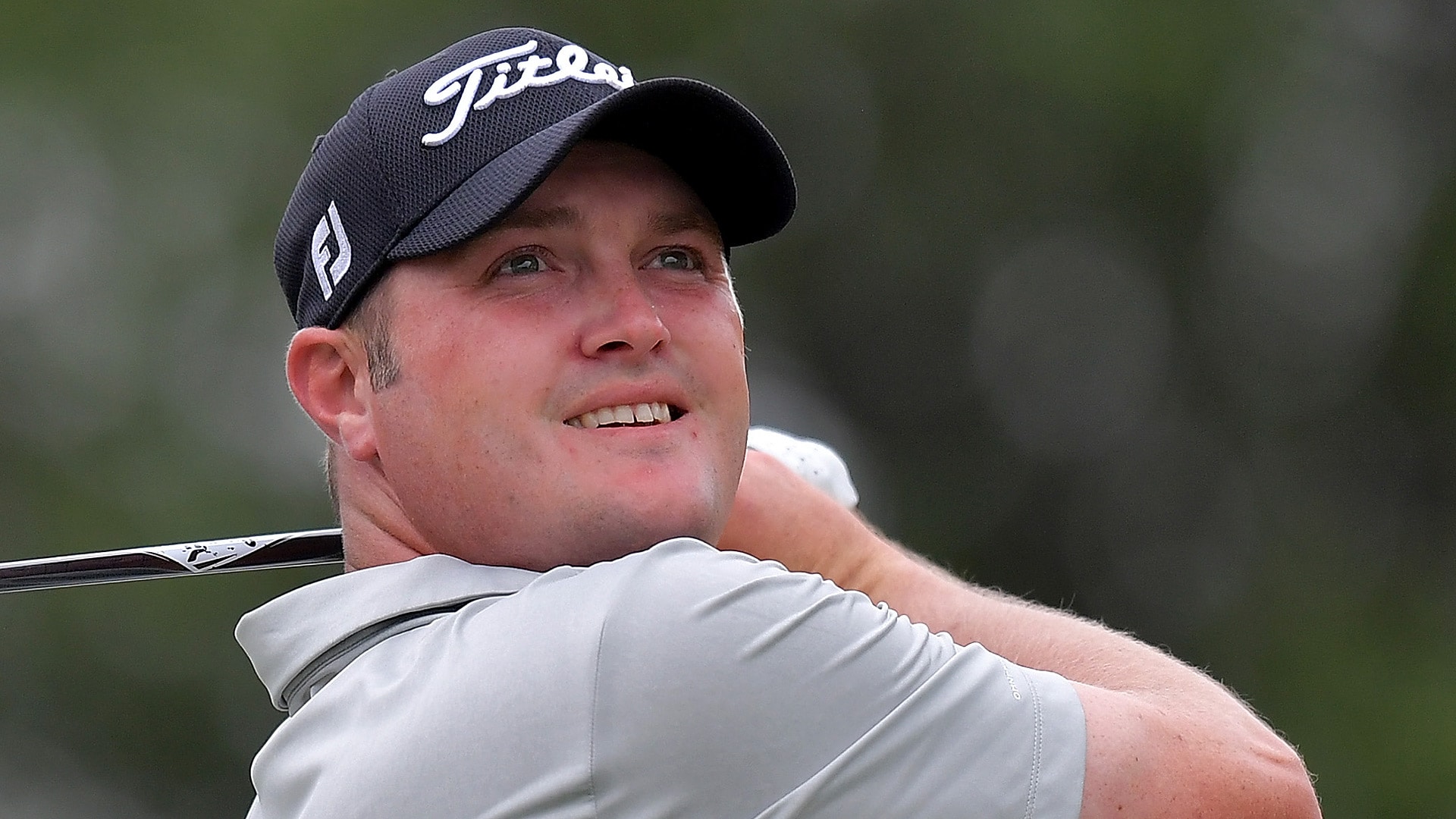 IRVING, Texas - Jason Kokrak shot a bogey-free 8-under 62 Friday for a record five-stroke lead after two rounds at the AT&T Byron Nelson, where local favorite Jordan Spieth missed the cut for the first time at the tournament where he made his debut as a 16-year-old high school junior.

Kokrak, the 128th-ranked player in the world, matched the Nelson's 36-hole record at 12 under after his career-best scoring round, and no one has ever had a bigger lead there after two rounds.

Billy Horschel was second at 7 under after three consecutive birdies to finish a 65. Dustin Johnson, the world's No. 1 player, had his second consecutive 67 and was among six players tied for third.

Spieth closed with a 75, including a 9 on the par-5 16th after hitting two tee balls out of bounds. With a 3-over total and needing at least one birdie, Spieth finished with consecutive pars. His 17-foot birdie try at No. 17 curled by the cup, and he missed a 14-footer on 18.

The 23-year-old Spieth also missed the cut last week in The Players Championship. He last missed consecutive cuts in 2015.

Kokrak finished with a nice par save after driving way right. The ball landed in the rough closer to the first fairway with a temporary concession stand between him and the hole. He managed to hit the ball back in the fairway short of the green, then chipped to 6 feet.

Kokrak had the 36-hole lead for only the second time in 146 career PGA Tour starts. The other was the 2016 Northern Trust Open, where he ended up with a career-best tie for second.

Byeong Hun An had a bogey-free 66 to get into the tie for third with Johnson, Bud Cauley (67), Cameron Tringale (68), Jhonttan Vegas (68) and first-round co-leader James Hahn (70). They were one stroke better than a group that included Grayson Murray, who had never seen the TPC Four Seasons course before this week but hit 16 of 18 greens in a 65 on Friday.

Sergio Garcia, the Masters champion who is defending his second Nelson title, birdied six of his last 15 holes for a 65 to get to 2 under. He opened with a 73.

Spieth, the 2015 Masters and U.S. Open champion, first played a PGA Tour event at age 16 on a sponsor exemption in the 2010 tournament, and tied for 16th - still his best Nelson finish. He missed his high school graduation ceremony in 2011 to play after making the cut again.

After an opening birdie Friday, Spieth missed a 3 ½-foot par putt at the par-3 second hole. He had five bogeys and four birdies, plus saved par from a drop at the edge of a curb after his tee shot at the 316-yard 11th hole rolled to a stop on a neighborhood street, before the horrendous 16th hole.