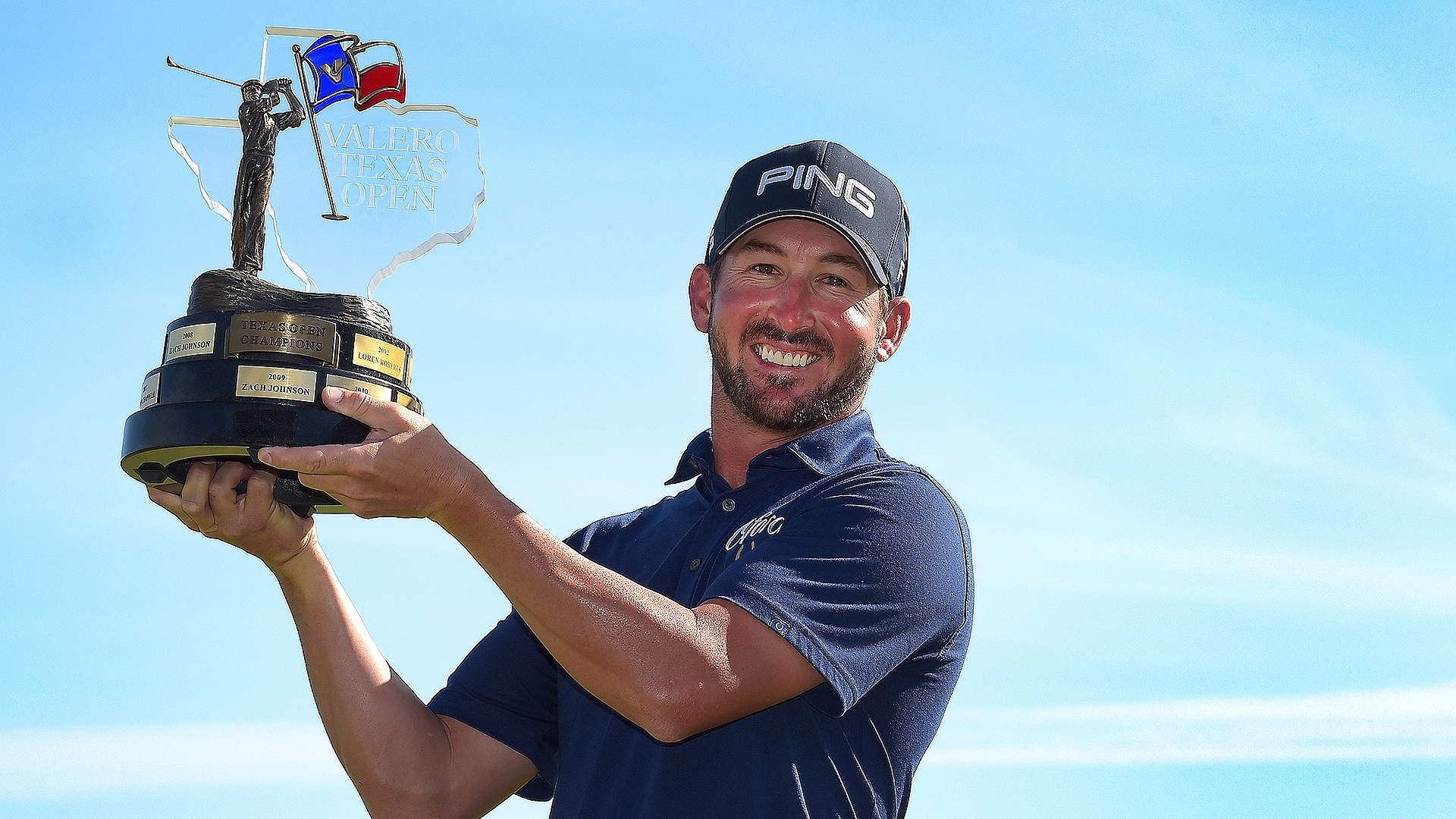 SAN ANTONIO - Andrew Landry won the Valero Texas Open on Sunday for his first PGA Tour victory, pulling away with early birdies and holding on with par saves.

The 30-year-old Texan, busy at home in Austin with the recent birth of the family's first child, parred the final seven holes for a 4-under 68 and a two-stroke victory over Trey Mullinax and Sean O'Hair.

''It was obviously a tough week this week,'' Landry said. ''Going into the last few weeks with the childbirth and just really getting back out.''

Landry played at Arkansas after starring at Port Neches-Groves High School east of Houston. Many family members were at TPC San Antonio on Sunday.

''Everybody was out,'' Landry said. ''It was pretty special to be able to snag a victory with everybody being here to share it.''

''I didn't even really think about it, to be honest with you,'' Landry said. ''There's a lot of perks for a Tour win and you've just got to continue to stay focused and not think about those kind of things.''

Landry took a two-stroke lead to the par-5 18th after Mullinax chunked a flop shot and bogeyed the short par-4 17th. Landry hit a 55-foot putt over a ridge to 3 feet for par on 17 and made an 8-footer on 18 after running a 50-foot downhill birdie try past.

Mullinax closed with a 69 a day after breaking the AT&T Oaks Course record with a 62.

''Just a lot of confidence. I know my game's there, I'm playing really well,'' Mullinax said. ''Give all credit to Andrew. He played really well today, rock steady. He was putting great, hitting great shots.''

Tied for the third-round lead with Zach Johnson, Landry birdied the first three holes and added two more on Nos. 6 and 10. He bogeyed the par-4 11th before the closing par run.

''Made a couple putts and, unfortunately, Zach and Trey kind of had some hiccups there on the front nine and they didn't play it as well as I did,'' Landry said. ''I think that that was really, really key to getting to where I am right now.''

Landry won in his 32nd PGA Tour start. He earned his tour card last year on the Web.com Tour, and lost a playoff to Jon Rahm in January in the CareerBuilder Challenge.

''It helps because you get yourself in that situation and you continue to learn,'' Landry said. ''Losing in that playoff when I was continuing to hit good shot after good shot, just not making any putts. Normally that's a strength of my game. Now here we are, a winner.''

Jimmy Walker was fourth at 14 under after his second 67.

''From where I've been, it's nice to see a lot of red numbers, nice to see putts going in, nice to be in contention,'' said Walker, the 2015 winner. ''It felt good and I felt like I could get it done today and that's been a while.''

''It's fun to compete against the so-called younger generation,'' Johnson said. ''I still really do feel my best golf is in front of me. I know what I've got to clean up.''

Joaquin Niemann shot 67-67 on the weekend to finish sixth at 12 under in his pro debut. The 19-year-old from Chile was the top-ranked amateur in the world.

''I never thought I was going to finish how I played this week, but I can't be more happy than this,'' Niemann said. ''Just try to keep it up and hope to play well for the next weeks.''