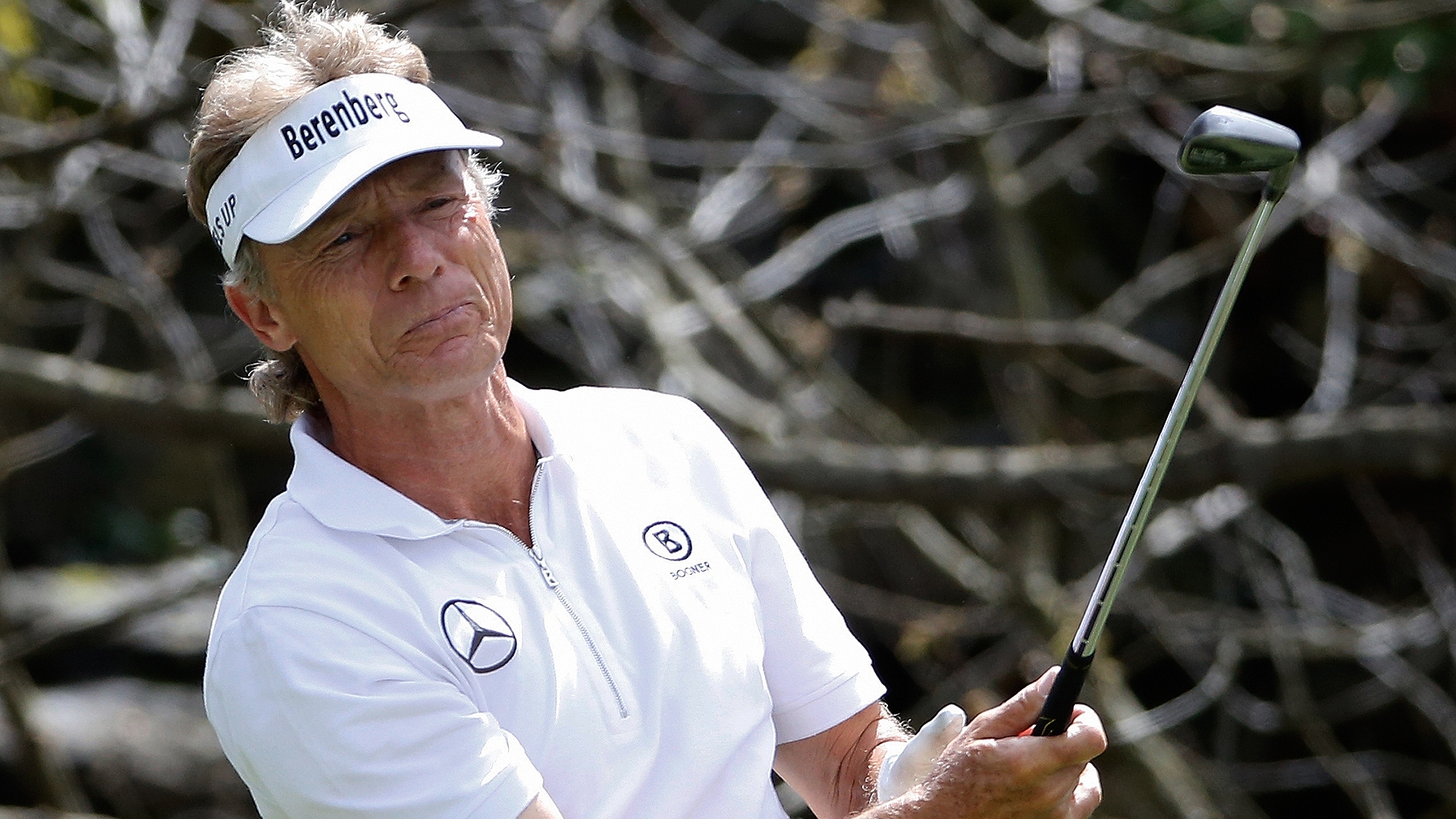 THE WOODLANDS, Texas - Bernhard Langer felt like his game was rounding into form after a slow start to the year by his lofty standards, and it all came together on a calm, humid day at The Woodlands Country Club.

The 60-year-old shot a course-record, 9-under 63 on Friday to take a three-stroke lead at the Insperity Invitational.

Seeking his first victory of the year after seven wins in 2017, Langer began unceremoniously when his opening tee shot ricocheted backward off a tree. He still managed a birdie on the par-5 first hole and turned in 32. On the back nine, he birdied five of the first seven holes - narrowly missing eagle attempts on two par-5s - to get to 9 under and distance himself from the field.

''Starting on nine, I was pretty much putting for birdie on every hole,'' Langer said. ''I made some and missed some but continued to play well and give myself chances. The last 10 holes were really good. I don't think I hit one loose shot.

''I've actually been playing nicely the last few weeks. I played well in the Masters and was in two playoffs out here (on the PGA Tour Champions) and lost them both. I felt like my game was in fairly good shape. I was very happy with how I struck the ball the last two or three hours.''

The German star won the Houston-area event in 2007 for the first of his 36 victories on the 50-and-over tour. He repeated as champion in 2008, its first year at The Woodlands, and won again in 2014.

Jeff Maggert, who lives only minutes from the course and has played it for decades, was tied for second with Scott Dunlap after each shot 6-under 66. Like Langer, both were bogey-free, and Maggert wasn't surprised with the scoring given the weather and the receptive greens.

Maggert had three successive top-10 finishes at The Woodlands from 2014 to 2016 but has never won his hometown event.

Colin Montgomerie started with four straight birdies, but his momentum stalled with a double bogey on the par-3 14th. He recovered to birdie the next hole and was one of nine players at 68.