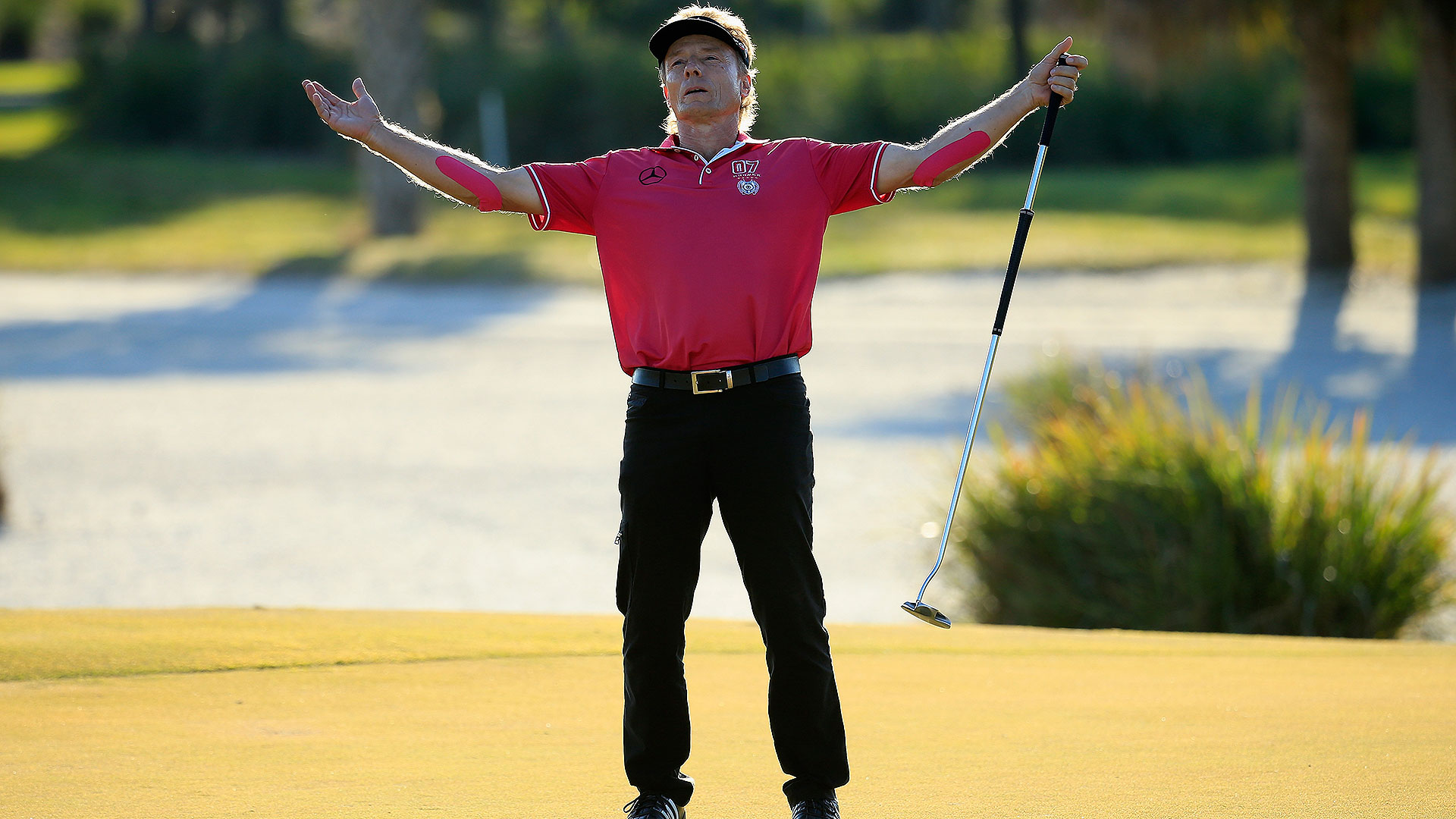 PGA Tour Champions rivals have to be wondering about the 58-year-old German star.

Langer followed his opening 10-under 62 with a 66 on Saturday to increase his lead to seven strokes in the PGA Tour Champions' Chubb Classic at TwinEagles.

''I know when things go great, it's unbelievable the scores that can be produced,'' Langer said. ''I once won a tournament by 17 shots. When everything gets going, you know, I can go low. But there's still a couple of hiccups out there, which I got away with. Like the tee shot on 18 and the tee shot on 17, I wasn't happy with.''

However, he said his 5-iron shot to 12 feet on No. 17 and bunker shot over water onto the green on No. 18 to save par give him a lot of confidence going into Sunday.

Langer made a 15-foot putt on No. 3 for eagle that got his day going. He also had a 25-footer for birdie on No. 16. He also had a few putts he just missed in earlier holes. He's had to change from the anchored-putting stroke he used the past 17 years because a rule change this year.

Langer said players asked him last year when he was going to make the putting change and he said ''Not until the season's over.'' There was a Schwab Cup to be won.

And this year, the adjustment is progressing.

''I had some fantastic two-putts from long distance and made a few and really I didn't miss any short ones,'' he said. ''What else can you expect from a putting, right?

Perry and Scott Dunlap were tied for second. Perry had a 67, and Dunlap shot 66.