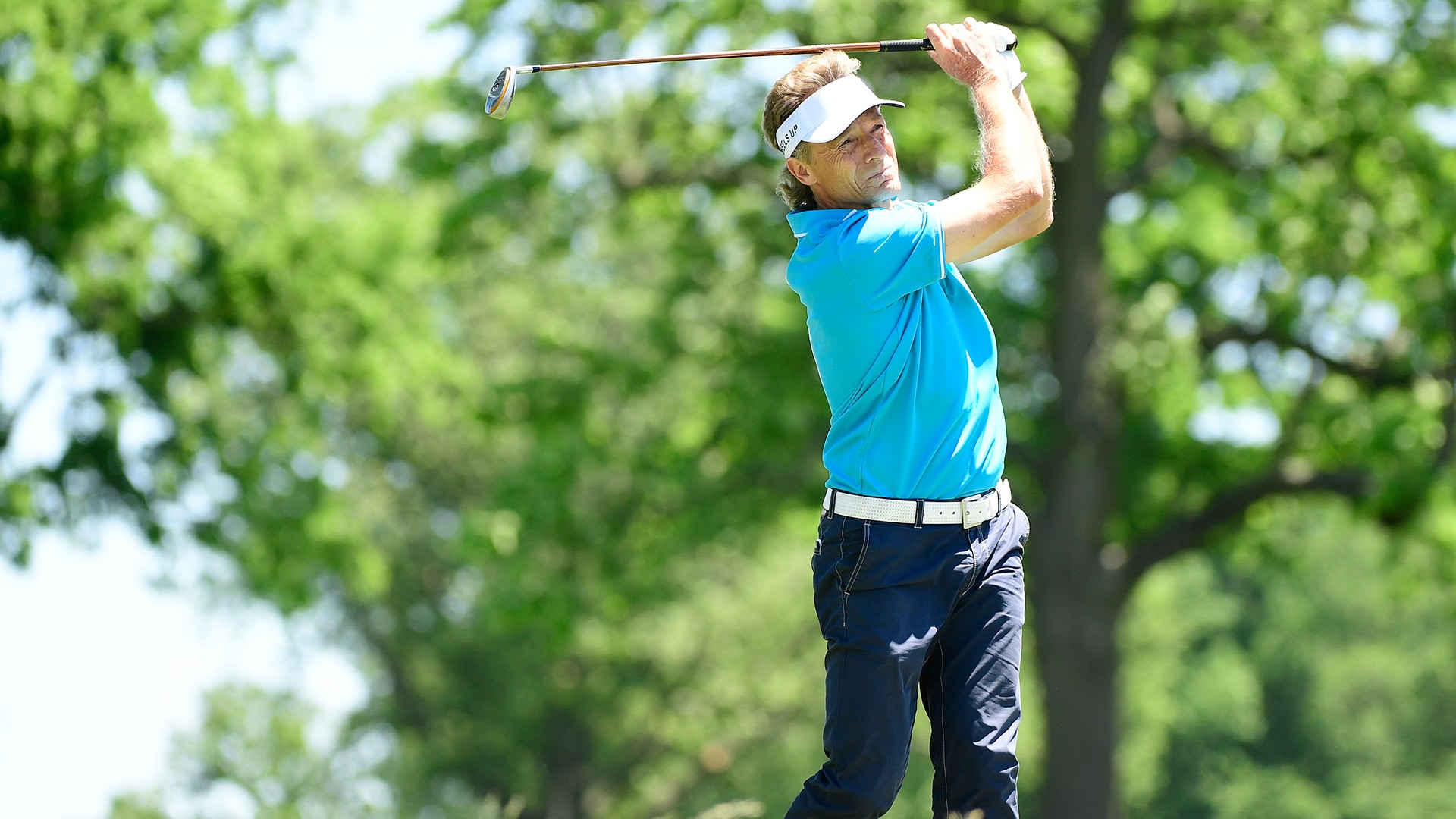 Langer shot a 2-under 68 at windy Philadelphia Cricket Club in the third of the PGA Tour Champions' five major championships. Jobe topped the leaderboard at 2 under after his second straight 69.

''Played very nicely today really,'' Langer said. ''Kept the ball in play, hit a lot of fairways, hit a lot of greens. Really that was maybe the worst score I could have shot. I just had a few chances coming in and didn't convert. Overall, I'm pretty pleased. I'm right in the mix of things and we are only halfway.''

Langer had three front-nine birdies to make the turn in 32, dropped a stroke on the par-4 10th and parred the final eight holes.

''Really only one blemish today, the bogey I made,'' Langer said. ''It was a good shot. I just took the wrong club, misjudged the wind, came up a couple feet short and rolled in the bunker and didn't get up-and-down. I was very happy with the way I struck the ball today and the way I managed the golf course.''

The German star won in 2014 at Fox Chapel in Pittsburgh and last year at Belmont in Massachusetts. He won the Regions Tradition last month in Alabama for his sixth senior major and 27th career victory on the 50-and-over tour.

Only six players were under par after two rounds on the A.W. Tillinghast-designed Wissahickon Course.

''I feel like I'm back on the PGA Tour playing a major or something because it's just you can't let up for one shot,'' Jobe said. ''One shot and all of a sudden you're like, 'Wow, this is a mess.' It's just a hard golf course, that's all it is. It's very fair. If you hit good shots, you've got opportunities to make putts, but the greens are fast, it's windy. It's got all the elements. It's perfect.''

The 50-year-old Jobe is winless on the tour. He offset two early bogeys with bogeys on Nos. 6 and 8 and got to 2 under with a birdie on the par-5 15th.

Scott Dunlap had a 69 to match Langer at 1 under.

''The wind seemed to be gusty,'' Blake said. ''I mean, calm like right now, you don't hardly feel any wind. The next thing you know, it feels like it's blowing 25. You can hit a shot with not much wind and all of a sudden it comes up and blows it left, right or short. It was pretty testy.''

Vijay Singh followed his opening 69 with a 74 to drop to 3 over.

John Daly had his second straight 76. He's playing his fifth event since turning 50 in late April.