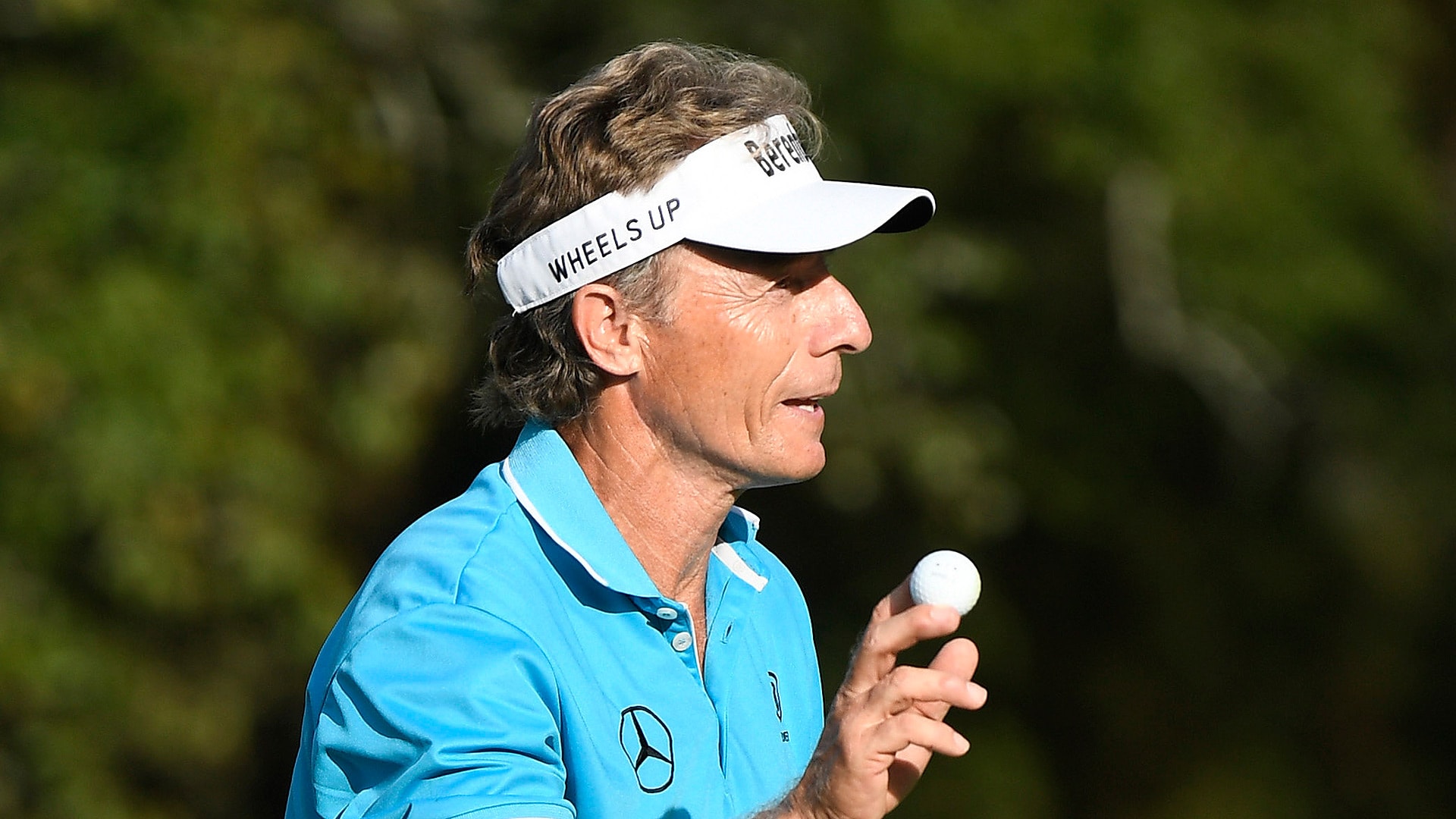 RICHMOND, Va. - Bernhard Langer matched the course record with a 9-under 63 on Saturday to take a three-stroke lead in the Dominion Energy Charity Classic, the first event in the PGA Tour Champions' Charles Schwab Cup Playoffs.

Seeking an unprecedented fifth Schwab Cup and fourth in a row, the 60-year-old Langer leads the season standings and has a tour-high five victories this season.

''I'm playing nicely,'' Langer said. ''It's a lot of fun. Hitting a lot of fairways, a lot of greens, giving myself opportunities and today was pretty special.''

Langer had nine birdies in his second straight bogey-free round to reach 14-under 130 on The Country Club of Virginia's James River Course.

Fellow Hall of Famer Vijay Singh was second after a 63 of his own.

''I just have to continue to play great golf,'' Langer said. ''I know he's (Singh's) a great champion. He's won lots of tournaments and majors, so he's a tough competitor and he's going to try and close the gap. I'm going to have to put the pedal down and keep making birdies.''

The 54-year-old Singh teamed with Carlos Franco to win the Bass Pro Shops Legends of Golf in April for his lone senior title.

''I drove it well, hit my irons quite nice and putted nicely,'' Singh said. ''I got my putter going, and anytime you putt well when you have so many opportunities, you're going to make a good score.''

The event is the first of three in the playoffs. The playoff field will be cut to 54 for the PowerShares QQQ Championship next week in Thousand Oaks, California, and the top 36 will advance to the season-ending Charles Schwab Cup Championship in Phoenix.