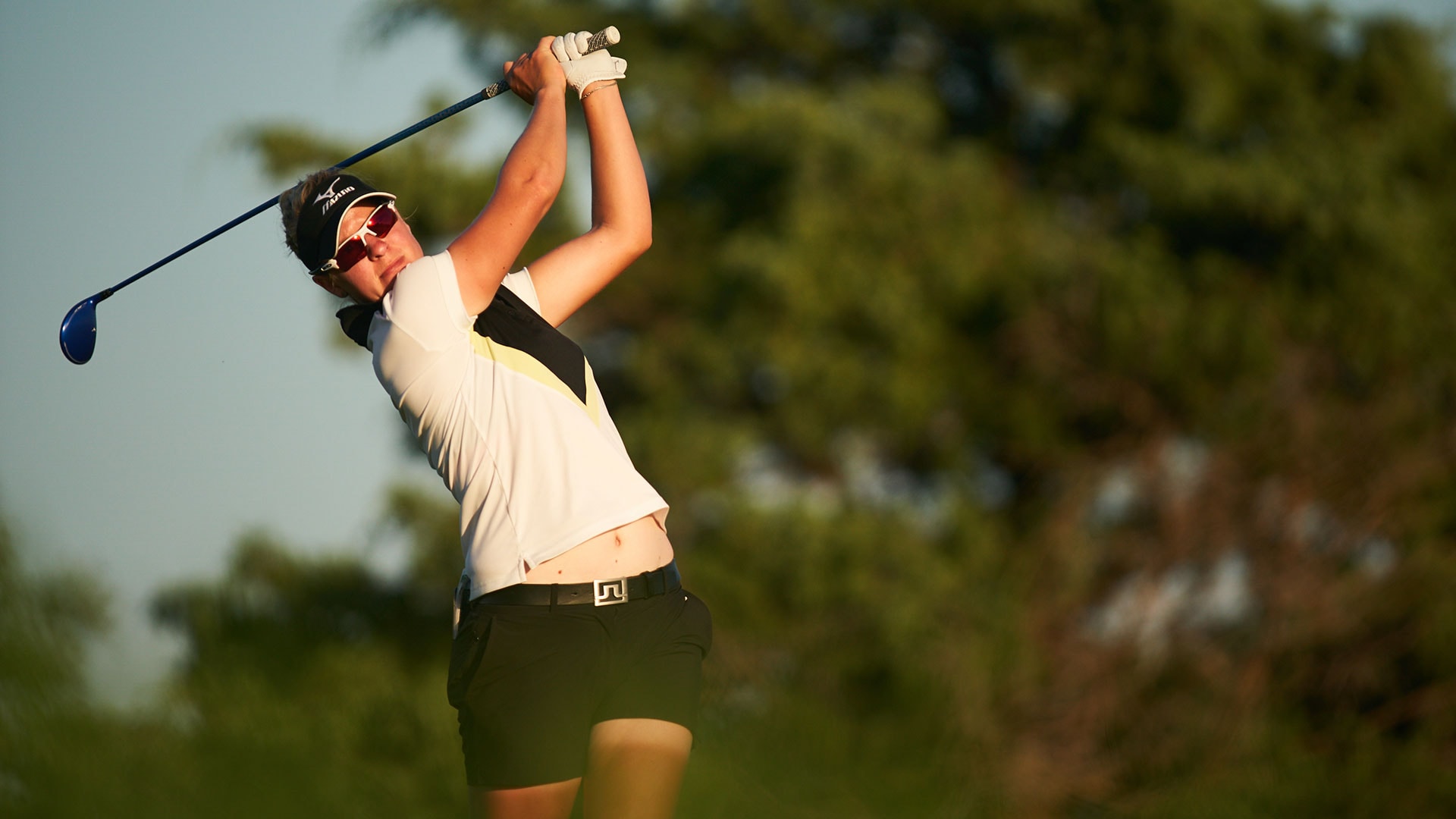 THE COLONY, Texas – Nicole Broch Larsen played 14 holes in 3 under to take the early lead in the second and final round of the weather-abbreviated LPGA Texas Classic on Saturday.

The 24-year-old Dane, who's ranked 89th and has never won on the LPGA Tour, followed her opening-round 67 by going bogey-free before play was halted by darkness to reach 7 under, good for a one-shot lead.

She will finish on Sunday morning. Half the players had yet to begin their second rounds.

Thursday's play was canceled, and rain delayed the start on Friday by 8 1/2 hours, resulting in the tournament being reduced from 72 holes to 36. There was no cut, but only the top 70 and ties in the 144-woman field will receive prize money.

''Probably to have a chance, I really need at least two birdies on the last four,'' Broch Larsen said.

Park, last year's U.S. Women's Open champion and the top-ranked player in the field at No. 5, had seven birdies and one bogey at the 6,475-yard Old American Golf Club, which is hosting the event for the first time. She was 6 under when play was halted on Friday and parred her remaining four holes on Saturday.

Shin, also from South Korea, was 4-under through 14 on Friday. On Saturday, she birdied the par-3 seventh and the par-4 ninth. Shin's only career LPGA Tour win was two years ago at this tournament's previous home, Las Colinas Country Club in Irving.

After heavy rains and gusty wind Thursday and Friday, Saturday featured bright sunshine and temperatures in the low 80s.

Ashok, a 20-year-old from India, collected five birdies and a bogey in her final eight holes on Saturday. She tied for seventh last week at Lake Merced, her best LPGA finish.

Ashok's final shot of the day was an 11-foot birdie putt after the horn had sounded to end play. Players had the option of finishing the hole they had started or stopping and continuing from the same spot Sunday morning. There was no question in Ashok's mind that she would continue.

''Obviously, I want to have a good finish here so that I can make it to the U.S. Open. That's my goal. I have four holes left, and I'm going to try to do the best that I can in the conditions that I'm going to play in in the morning. Some girls who are at 6-under, they have 18 holes to go. I'm pretty confident they're going to shoot low numbers tomorrow, but still I want to give them something to go for.'' 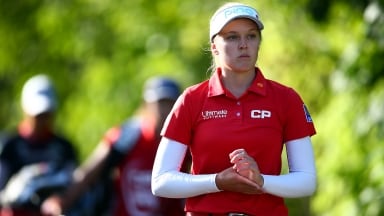 Henderson three back of Larsen at CPWO

Brooke Henderson trails leader Nicole Broch Larsen by three shots at the CP Women's Open. Larsen shot her second consecutive 6-under 66 on Friday and leads Jin Young Ko by one. 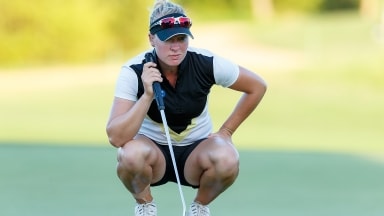 Nicole Broch Larsen was penalized one shot for causing her ball to move while at rest during the second and final round of the weather-abbreviated Volunteers of America Texas Classic. 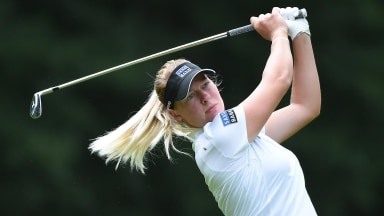 It was a week 10 ladies who earned their 2017 LPGA tour card through the Symetra Tour will never forget.