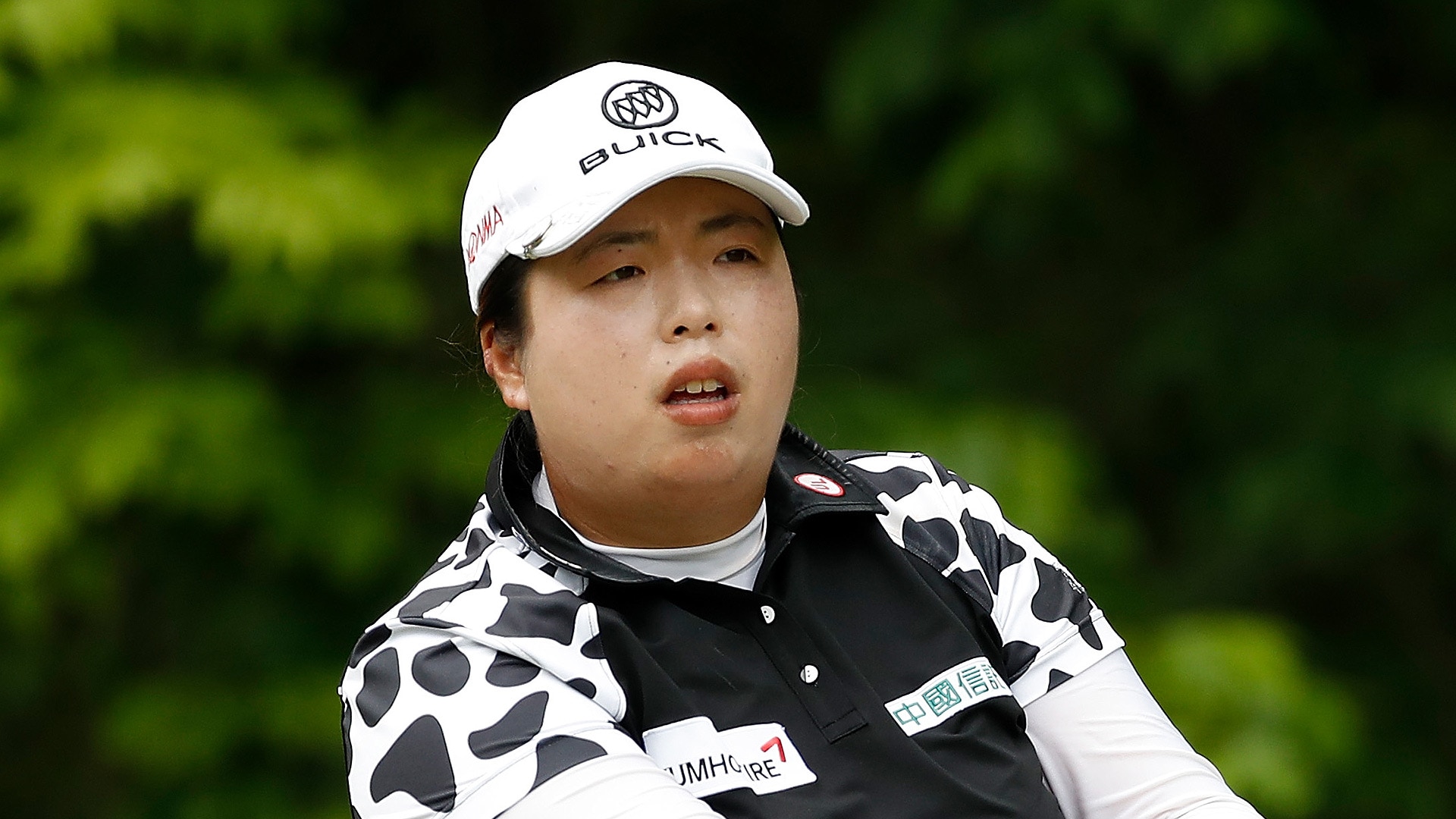 ANN ARBOR, Mich. - Whether she realized it or not, Shanshan Feng finished the third round of the LPGA Volvik Championship in first place.

Feng, who insists she tries to ignore leaderboards at this stage of a tournament, shot a 6-under 66 on Saturday to take a one-stroke lead over Lizette Salas. Feng's bogey-free round left her at 15 under for the tournament as she pursues her seventh career victory.

''I have a habit that I don't look at the leaderboards until Sunday night, so I actually don't really know where I'm at and I don't really know what the others are doing,'' the Chinese star said. ''But I'm feeling good about my condition right now and what I've done the first three days, so looking forward to the final day.''

Feng birdied the last two holes Saturday on the 6,734-yard course at Travis Pointe Country Club. She took over sole possession of the lead when Salas bogeyed No. 18 moments later.

Stacy Lewis (68), Jennifer Song (70) and Minjee Lee (71) were 11 under, and six players were another stroke back, including defending champion Ariya Jutanugarn (68).

Jutanugarn has been playing catch-up since shooting a first-round 72, but if she can keep moving up the leaderboard, she has a chance to take over the No. 1 spot in the Rolex Rankings. Top-ranked Lydia Ko is skipping this event.

One scenario that would put Jutanugarn at No. 1 is if she finishes in the top three and So Yeon Ryu is out of the top four. Ryu (70) is well behind at 3 under and appears unlikely to extend her streak of 11 straight top-10 showings.

The most recent victory for Feng was at last year's TOTO Japan Classic. That was her second straight win and capped a run of six straight tour finishes in the top four - and seven in a row counting her bronze medal at the Olympics.

Feng has finished in the top 10 three times this season, including the past two events. Ignoring the leaderboard seems to work out fine for her.

It looked as if Salas might be the one entering the final round with the lead when her string of birdies in the middle of the back nine put her at 15 under. She missed only one fairway all day, on No. 13, and she even birdied that hole.

''Just was in the zone and things just came together and I was having fun and I think that's the most important thing,'' she said. ''I'm visualizing a lot better and I'm executing.''

Pettersen made the turn at 13 under before playing the back nine in even par. She's been consistently good all week, shooting two 67s before Saturday's 69.

''You can see there's a lot of low scores around this place,'' Pettersen said. ''If it plays like it does the last couple days, you've got to attack pins.''

Brittany Lincicome was 5 under with little chance of winning, but she played one of the more unusual rounds Saturday. She was the first player to tee off and did not have a playing partner, so she breezed to a 68 in under 2 ½ hours.