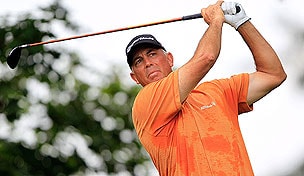 PONTE VEDRA BEACH, Fla. – Tom Lehman now has won player of the year at every stage of his career.

Lehman said Wednesday this award means as much as the other two because he set a goal to become the first player to win all three.