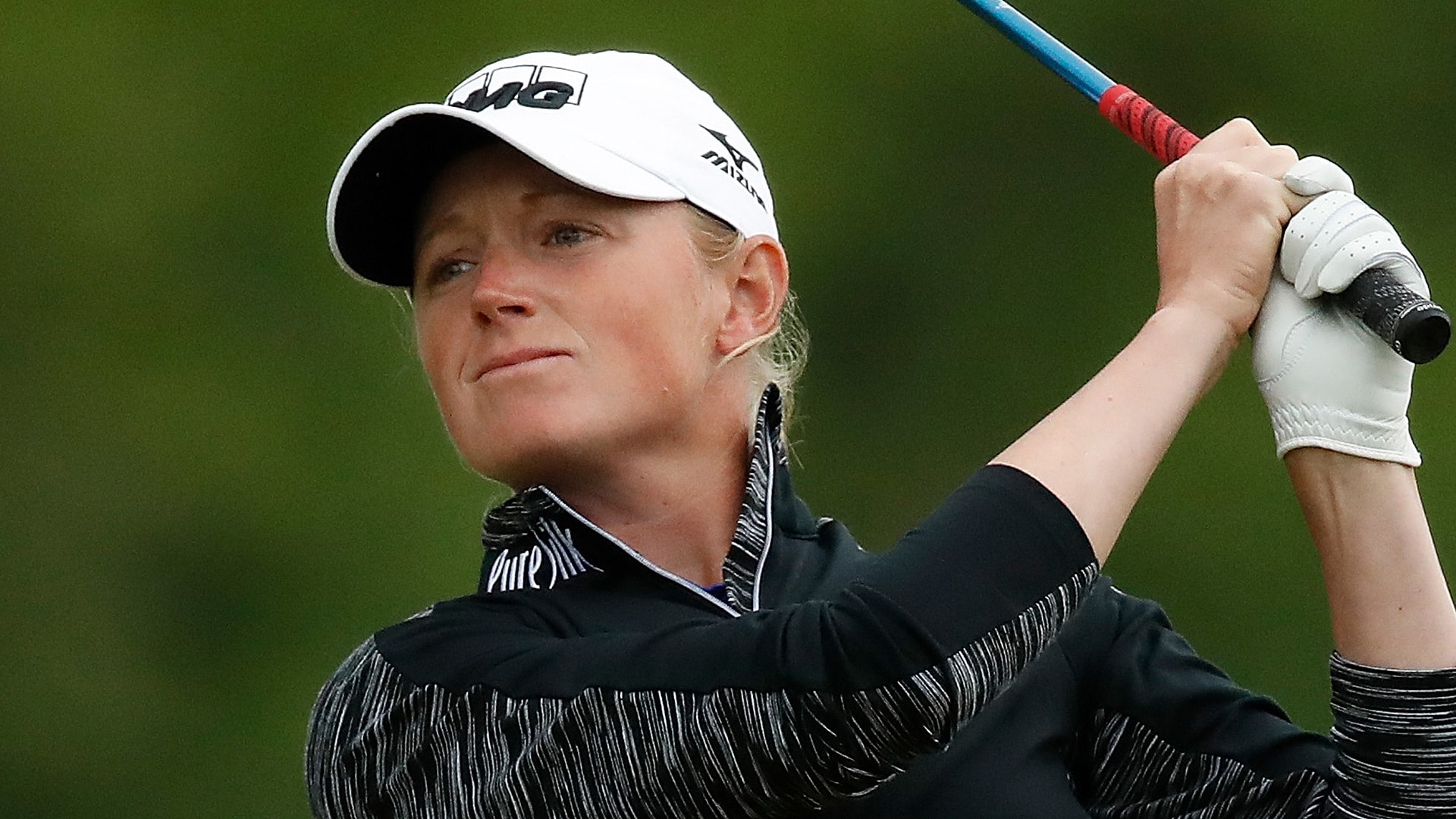 ANN ARBOR, Mich. - Wei-Ling Hsu holed out a 7-iron for an eagle on the very first hole she played, setting the tone for a terrific start.

At the end of the day, the unheralded golfer from Taiwan was tied atop the leaderboard with one of the LPGA's most successful players.

Hsu shot a 7-under 65 on Thursday and shared the lead with Stacy Lewis after the first round of the LPGA Volvik Championship. Hsu eagled two of her first five holes and was 6 under after six. She and Lewis finished a stroke ahead of 18-year-old Nelly Korda.

''I have a very tough year last year,'' Hsu said. ''I just want to improve more. This year I'm able to see my shot going to the hole, going to making the green in regulation more.''

Hsu has only one top-10 LPGA finish, and that came in her rookie year of 2015. She finished tied for 43rd last week in the Kingsmill Championship after missing the cut in the previous four events.

Lewis, meanwhile, is a former world No. 1 with 11 LPGA victories - although she's winless in 72 events since June 2014. She has 12 second-place finishes since her last win.

Lewis birdied three of her first four holes and reached 15 greens in regulation on the 6,734-yard course at Travis Pointe Country Club. She eagled the par-5 14th and capped her round with a small fist pump after a birdie on 18.

''I looked up at the leaderboard and saw I was tied for the lead, so I kind of just wanted to get out there ahead,'' Lewis said. ''It's always nice to see yourself atop the leaderboard.''

Lewis was a shot ahead of Korda when she finished, but Hsu later caught up at 7 under.

Korda, a rookie who has joined sister Jessica on the tour, hit only eight of 14 fairways, but she was able to scramble her way to a 34 on the front nine before birdieing four of the first five holes on the back.

''It was a slow start and I saved a couple of long par putts,'' she said. ''Just getting those, making those two pars and just getting my round rolling really helped.''

Korda finished her round with a par on the par-5 18th - after hitting her second shot out of the dirt in a hazard.

It rained a good deal Wednesday, and although the weather wasn't too much of an issue Thursday, the course was still quite wet. Lewis said hitting greens was especially crucial.

''They're pretty small to begin with, and then with the weather, there's spots around the greens that were pretty wet, kind of muddy almost,'' she said. ''You had some weird lies. So I think today I hit a ton of greens. I only think I had to chip once or twice.''

Brittany Lincicome, Ilhee Lee, Sung Hyun Park, Suzann Pettersen and Sarah Jane Smith all shot 67. Lexi Thompson, coming off her first victory of the season last week, finished at even par. So did Ariya Jutanugarn, the defending champion, and So Yeon Ryu.

Ryu is trying to extend a streak of 11 top-10 finishes in a row.