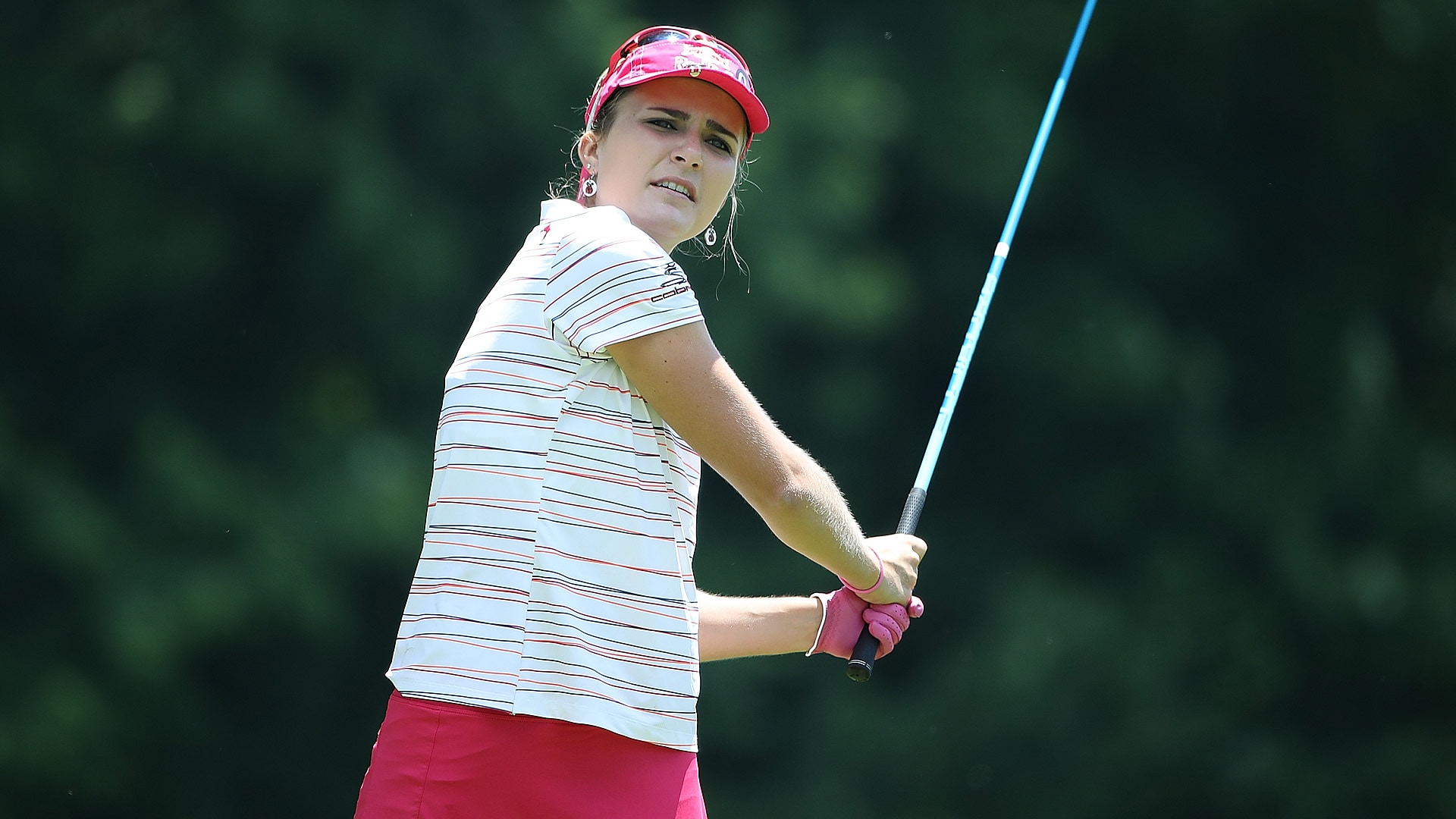 ''It just came on last weekend and it was really bad today,'' Thompson said. ''I'm not really one to complain about pain because I just fight through it, but yeah, it's hurting. I'm going to go and get a rubdown and see if it goes away.''

''It was definitely important to come back from the two bogeys,'' Thompson said. ''I just hit a few errant drives there toward the end and made bogeys, but I played 17 and 18 well.''

Canada's Alena Sharp bogeyed her final hole to drop into a tie for second at 9 under with South Korean players In Gee Chun, So Yeon Ryu and Q Baek. They all shot 67.

''We just finished major tournament last week and the golf course was quite narrow and a really, really tough golf course,'' Ryu said about the KPMG Women's PGA last week outside Seattle. ''We really had to deal with all the trees. After last week, this golf course feels more wide open, I feel more comfortable, felt like be able to play more aggressive.''

Thompson won the Honda LPGA Thailand in February for her seventh LPGA title. The long-hitting Florida player, ranked fourth in the world, also won a Japan LPGA event last month. The back pain could be a major concern heading into the busy summer schedule and golf's return to the Olympics.

The 35-year-old Sharp is winless on the LPGA, with six top-10 finishes in 11 seasons.

''I'm going to just keep playing my game, hit fairways and go at pins when I can,'' Sharp said. ''My putting has been really good the last two tournaments, so I'm kind of relying on it.''

Top-ranked Lydia Ko and No. 2 Brooke Henderson, coming off a playoff victory over Ko in the KPMG Women's PGA, were together at 7 under after matching rounds of 68.

Ko birdied three of her last five holes. The 19-year-old New Zealander won the Kia Classic and major ANA Inspiration in consecutive weeks this year in Southern California. She has 12 LPGA victories.

''I'm happy with the way I played,'' Ko said. ''I was pretty consistent and I just got to keep playing like this. My ball striking wasn't as good as yesterday, so hopefully it can get better progressively on the weekend.''

Henderson played her final nine holes in 4 under. The 18-year-old Canadian, up to No. 2 in the world, has 10 top-10 finishes this season. She also won last year in Portland, Oregon.

''It was much warmer out today, a beautiful day,'' Henderson said. ''I started out not as well as I would have liked, 1 over for the front nine, but I made a lot of birdies on the back and go 4 under, so overall it was a pretty steady day. I know I have some work to do on the weekend, but I'm looking forward to it.''