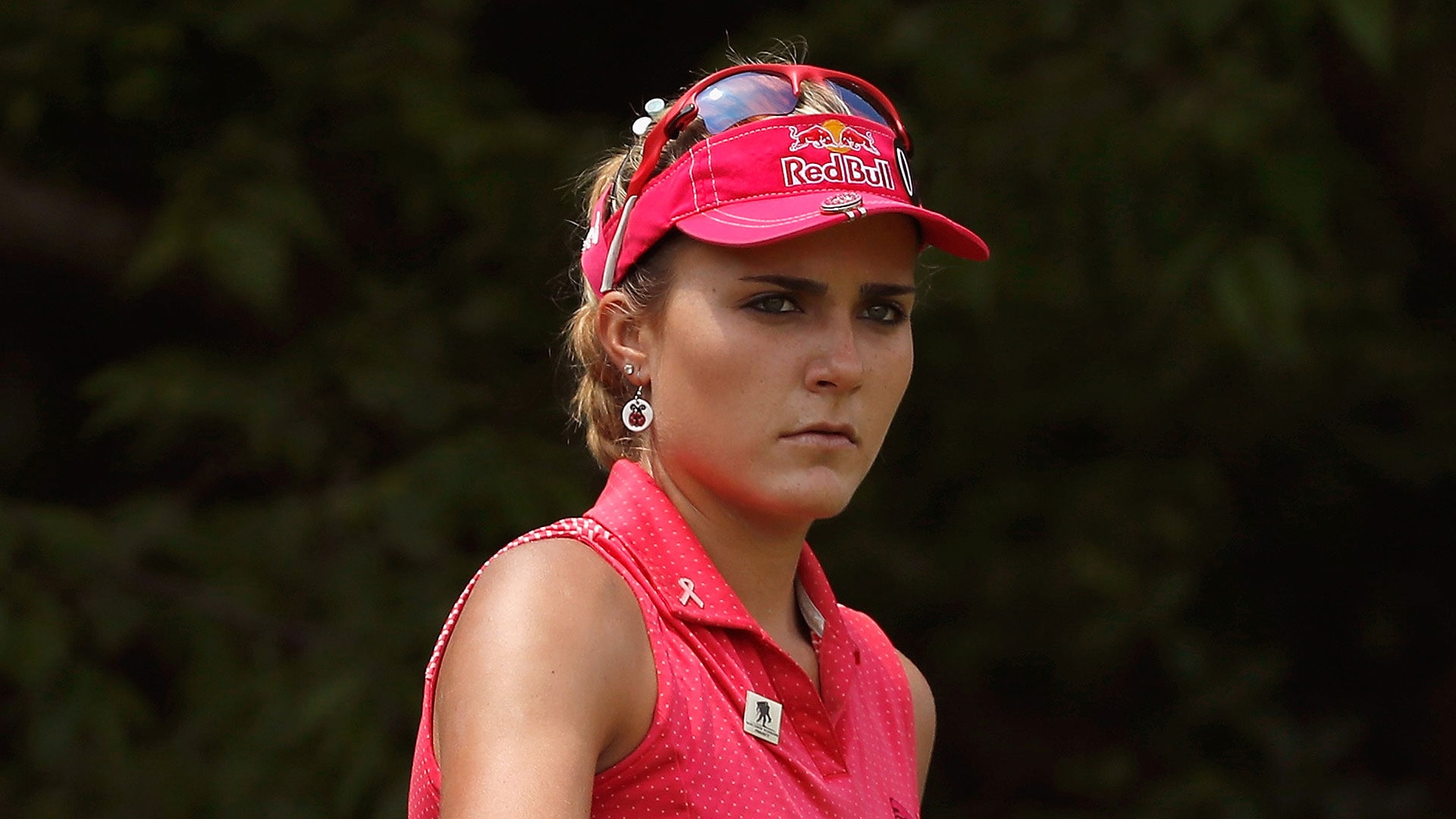 BELMONT, Mich. - Her ailing back a bit better after treatment, defending champion Lexi Thompson shot a 5-under 66 on Saturday for a share of the Meijer LPGA Classic lead with In Gee Chun.

''I got a lot of work done to it last night,'' Thompson said about her back. ''It was hurting quite a bit, but I have it all taped up and it helped out out there today, and took my pain pills. It was better today than yesterday.''

Thompson birdied five of the first 13 holes at Blythefield in her bogey-free round to match Chun at 15-under 198. The 21-year-old American birdied three of the four par-5 holes and is 9 under overall on the par 5s.

''I just hit a lot of drivers and, if my game's on, it comes together,'' Thompson said. ''It's just a nice setting and atmosphere. It's one of our best tournaments.''

Chun had a bogey-free 65, making four birdies in a five-hole stretch on the back nine. The U.S. Women's Open champion sat out a month this year because of a back injury after she was struck by a suitcase that rival South Korean player Ha Na Jang's father dropped down an escalator at the Singapore airport.

Thompson's father, Scott, is with her - setting up a possible Father's Day victory present Sunday.

''That's what I'm going to try to do, but just to have him out here supporting me and basically along the way for my journey my whole life always means a lot to me,'' Thompson said. ''No more pressure because then I won't perform to my best. I'm just going to go out here, have fun, be relaxed, just how I have been the last three days. It's been a very relaxing week so far.''

Thompson won the Honda LPGA Thailand in February for her seventh LPGA title. The long-hitting Florida player, ranked fourth in the world, also won a Japan LPGA event last month. The back pain could be a major concern heading into the busy summer schedule and golf's return to the Olympics.

Sei Young Kim was a stroke back after a 65. The South Korean player eagled the par-5 11th and parred the final seven holes. She won this year in Phoenix, shooting 63-66-70-62 to match Annika Sorenstam's LPGA scoring record of 27 under. Last year, she won three times and was the rookie of the year.

''The greens are holding very well so we can play second shot very aggressive and then make a lot of birdie chances. That's a lot of help,'' Kim said. ''Great score, yeah. The fairways are little narrow, but if I keep it in the fairway, pretty sure I make birdie a couple holes.''

Top-ranked Lydia Ko shot a 67 to reach 11 under, starting the back nine with four straight birdies.

''I've just got to focus on my game,'' Ko said. ''The girls are going low so I know all I've got to do is have fun out there, be patient and hopefully make birdies. But you just never know what's going to happen, and especially with the girls going low, there could be a very low number tomorrow.''

The 19-year-old New Zealander won the Kia Classic and major ANA Inspiration in consecutive weeks this year in Southern California.

No. 2 Brooke Henderson, coming off a playoff victory last week over Ko in the KPMG Women's PGA Championship outside Seattle, had a 72 to drop into a tie for 21st at 6 under. The 18-year-old Canadian had three straight bogeys late in the round.

Ariya Jutanugarn, third last week after winning her previous three starts, was 4 under after a 72.