Yuxin Lin leads by one at Asia-Pacific Amateur 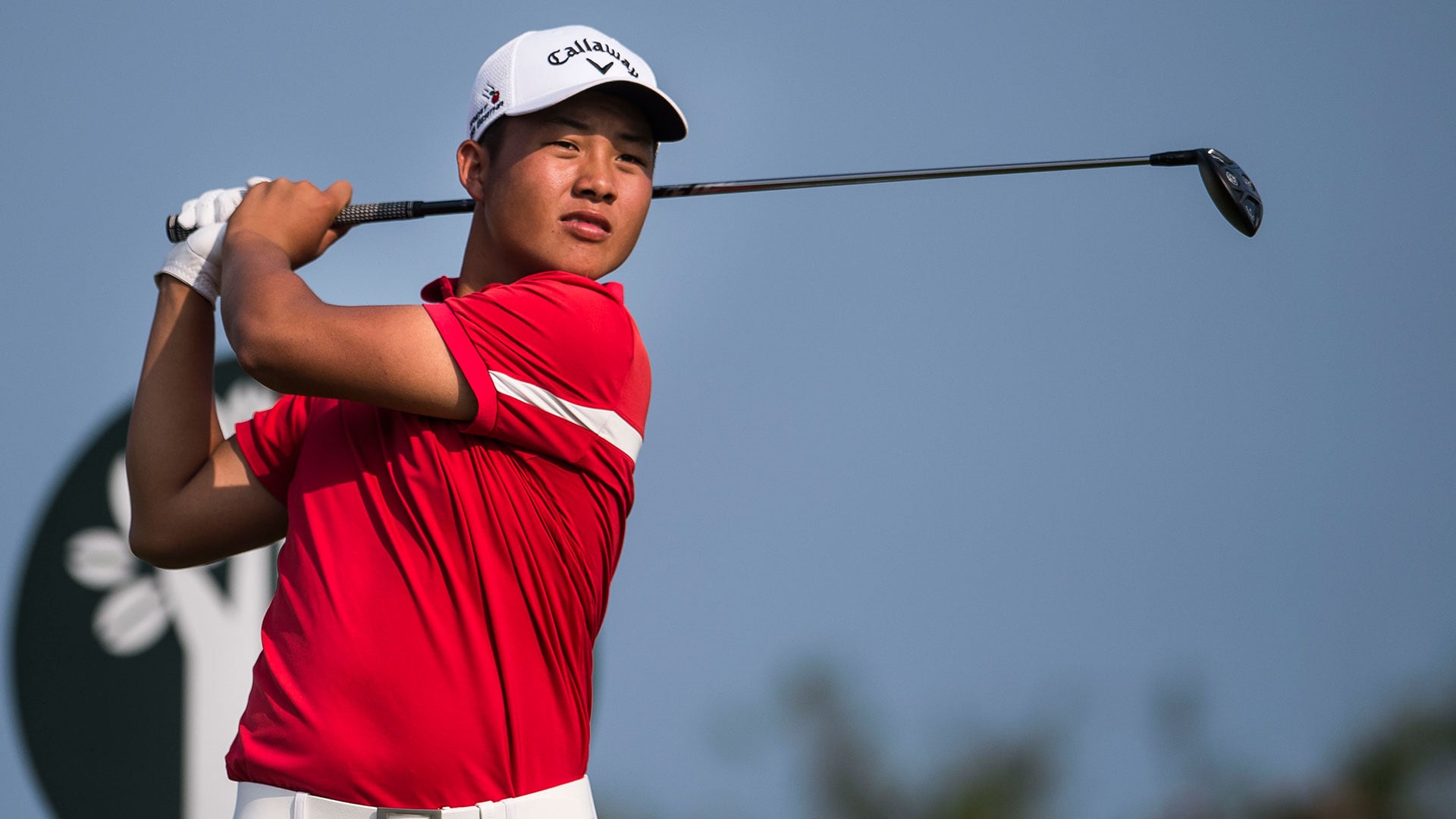 WELLINGTON, New Zealand – Yuxin Lin of China birdied the 18th hole for a 2-under 69, giving him a one-shot lead going into the final round of the Asia-Pacific Amateur and a shot at playing in the Masters and The Open next year.

Lin recovered from a triple bogey on the sixth hole at Royal Wellington - his second of the week - with three birdies over his last five holes.

Yuan Yechun was three shots behind, giving China three of the top six spots on the leaderboard.