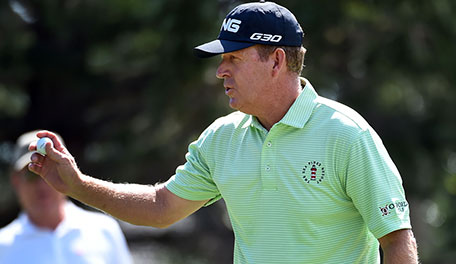 CALGARY, Alberta – Jeff Maggert won the Shaw Charity Classic on Sunday for his third Champions Tour title of year, birdieing five of the last six holes on the front nine in a four-stroke victory.

The 51-year-old Texan, two strokes behind playing partners Miguel Angel Jimenez and Colin Montgomerie entering the round, closed with a 6-under 64 at Canyon Meadows to finish at 16-under 194.

The three-time PGA Tour winner also won major titles this year in the Regions Tradition and U.S. Senior Open. He won the Mississippi Gulf Resort Classic last year in his debut on the 50-and-over tour.

Montgomerie was second after a 70.

Fred Couples, the winner last year, finished with a 68 to tie for fifth at 10 under.

Jimenez had a 74 to drop into a tie for 12th at 8 under. He matched the course record Saturday with a 61.