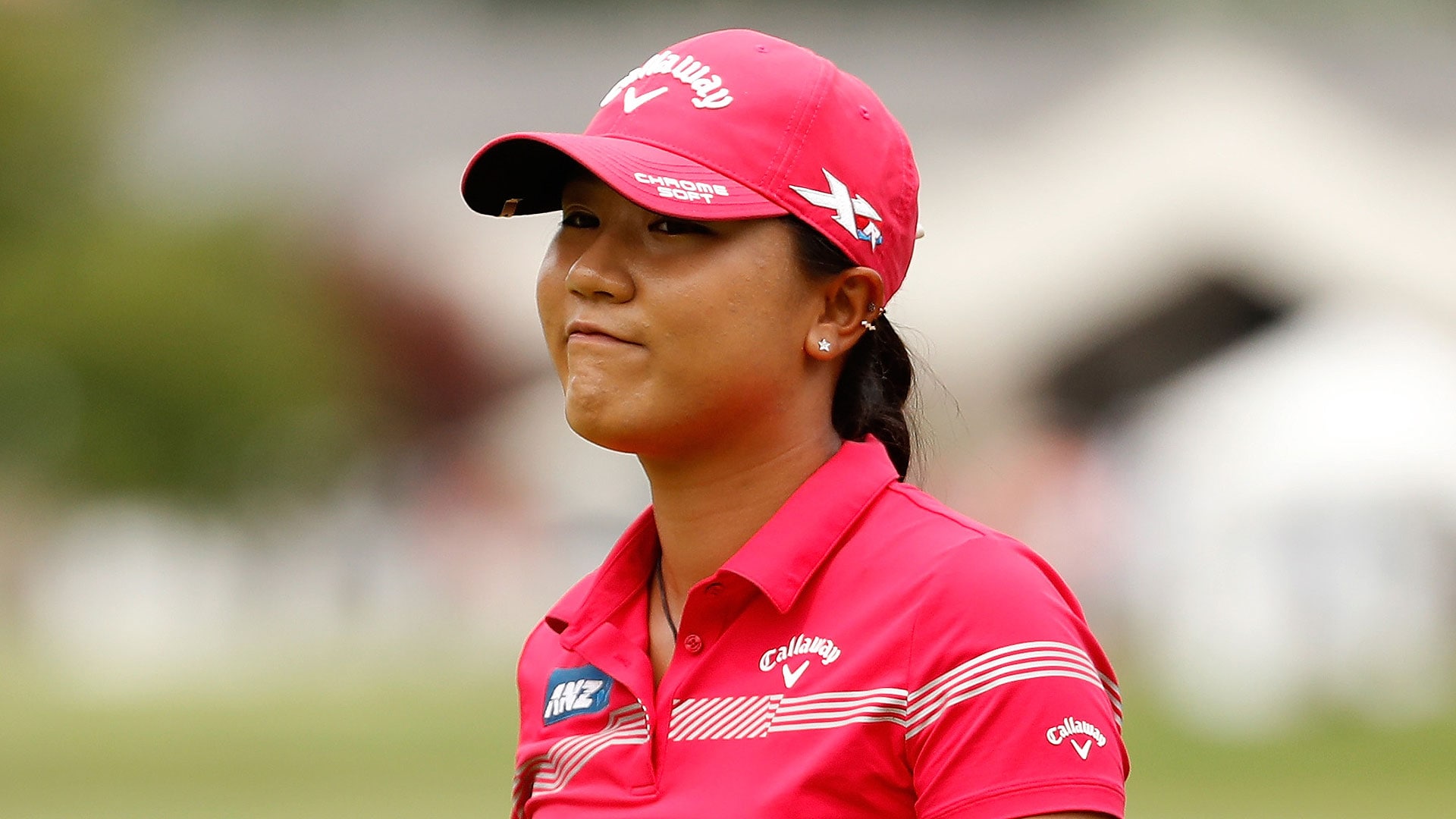 SYLVANIA, Ohio - Lydia Ko outlasted Ariya Jutanugarn and Mirim Lee to win the Marathon Classic on Sunday for her fourth LPGA victory of the season.

The top-ranked Ko made a 10-foot birdie putt on the fourth extra hole after Jutanugarn and Lee ran into trouble.

''Just to see a putt drop for birdie I think kind of got my emotions going,'' Ko said. ''I'm not really a huge fist-pump kind of person, but I think it's probably the biggest fist-pump I've ever done.''

Also the 2014 winner, Ko closed with a 2-under 69 at Highland Meadows to match Jutanugarn and Lee at 14-under 270. They played the par-5 18th four more times to finally decide the winner.

''Not a very easy hole,'' Ko said. ''It's a dogleg left and, with the wind blowing left to right and the pin tucked on the left, it was probably the toughest it'll play. I think we were all getting a little bit physically and mentally tired as we were continuing to play the same hole.''

Ko has 14 LPGA titles, also winning consecutive events in South California - the second the major ANA Inspiration - and later in Arkansas. The 19-year-old New Zealander is 4-1 in playoffs, with the loss coming to Brooke Henderson this year in the KPMG Women's PGA.

Ko missed a 5-foot birdie putt on the third extra hole, sending the trio back to the 18th tee for the final time. Jutanugarn had a good chance on the second playoff hole, but missed an 8-footer.

Ko opened with rounds of 68, 66 and 67 to enter the day three strokes behind Hyo Joo Kim. Ko birdied three of the first six holes, while Kim had three bogeys on the stretch. Ko birdied the par-4 ninth, bogeyed the par-3 14th and 16th and finished with two pars.

''It was a really good experience,'' said Jutanugarn, the long-hitting Thai player who won three straight events in May. ''It's really nice for me to have a chance in a playoff.''

Kim followed her third-round 64 with a 73 to finish a stroke back.

Stacy Lewis was fifth at 11 under after a 71. Born in the area, the Texan is winless in 56 starts since taking the North Texas LPGA Shootout in June 2014 for her 11th tour victory. She has 11 runner-up finishes during the drought and 24 overall.

''I felt like this week I made some more progress,'' Lewis said.

Alison Lee, tied for second with Ko entering the round, had a 73 to fall into a tie for sixth with Beatriz Recari (68) at 10 under.

Brittany Lang, coming off a playoff victory over Anna Nordqvist in the U.S. Women's Open, had a 74 to tie for 24th at 3 under. Nordqvist also was 3 under after a 70.