MADISON, Mississippi – For nearly four hours, Troy Matteson tried to figure out ways to kill time in the clubhouse as thunderstorms rolled across Annandale Golf Club.

He watched a little television. Swapped stories with other golfers. Counted the minutes as they slowly ticked off the clock.

Turns out it was worth the wait.

Matteson birdied his final three holes of the day after the lengthy delay, taking advantage of Annandale’s forgiving fairways and greens to share the Viking Classic lead with George McNeill.

Matteson finished his round but McNeill was on No. 18 when the final delay was called at about 6:30 p.m. local time due to lightning in the area. The day featured nearly six hours of delays as soaking thunderstorms rolled through central Mississippi on a steamy summer afternoon.

That didn’t stop Matteson. The 31-year-old with two Tour victories was 12 under after firing his second straight 6-under 66.

“It’s kind of weird—I usually don’t play that well coming off a rain delay like that,” Matteson said. “Somehow the greens are standing up to the rain. They’re soft but they’re very smooth. These are some of the best Bermuda greens we play all season and they’ve stayed very consistent with their speed.”

McNeill, a 35-year-old who has one PGA Tour win, was 7 under through 17 holes and will resume play Saturday on the 18th fairway.

The start was delayed two hours after a heavy round of overnight thunderstorms dumped more than an inch of rain at Annandale. Play began just after 9 a.m., but another heavy round of storms hit the course at about 2 p.m., sending spectators scrambling and leaving puddles on the fairways.

Play started again 5:40 p.m., but about an hour later more lightning sent the players to the clubhouse for good. The second round resumes at 7 a.m. Saturday. Tour officials still hope to finish the tournament Sunday.

The Viking Classic was canceled in 2009 for the only time in its 45-year history after more than 20 inches of rain rendered the course unplayable.

Scores were low for the second straight day. Players were allowed to lift, clean and place balls in the fairway and the soft greens made for prime scoring conditions. The projected cut is at 3 under and 107 players had a score of par of better.

Matteson expects low scores to continue throughout the weekend.

“It’s perfect conditions for us,” he said. “This is what guys putt best on. This is kind of a putting contest with everything being so soft right now. Obviously, that could change if things firm up a little, but I don’t know if that’s going to happen.”

Blake Adams had the day’s best round with a 62, making nine birdies, one eagle and one bogey to vault from seven strokes back to just two behind McNeill and Matteson.

Kevin Kisner and 51-year-old Tom Pernice Jr. were tied one shot off the lead.

Tim Petrovic, Bobby Gates, Brendon De Jonge, Peter Lonard, Sunghoon Kang and John Mallinger started the second round in a tie for the lead after shooting an opening 65. Only Gates played his full second round Friday, shooting 3 under to fall two shots back. 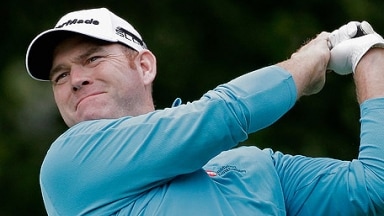 Matteson posts fourth 61 of his career

Since 2009, only one player has shot more than two rounds of 61 on the PGA Tour – and he has done so four times. Troy Matteson added a 9-under 61 to his impressive portfolio in the second round of The Greenbrier Classic on Friday. 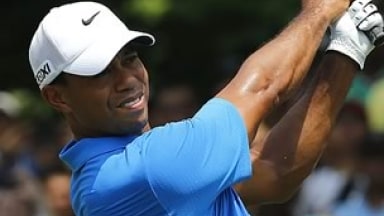 Woods in CIMB mix after 66 on Day 1; Matteson leads

It was hot, humid and his putts were lipping out. Tiger Woods felt like he'd been run over halfway through his first round in Malaysia since winning the 1999 World Cup on the same course.

On a hot and humid day in Malaysia, Tiger Woods shot 5-under 66 to finish three back of Troy Matteson in the CIMB Classic.