McIlroy trails Willett by 8 in Dubai 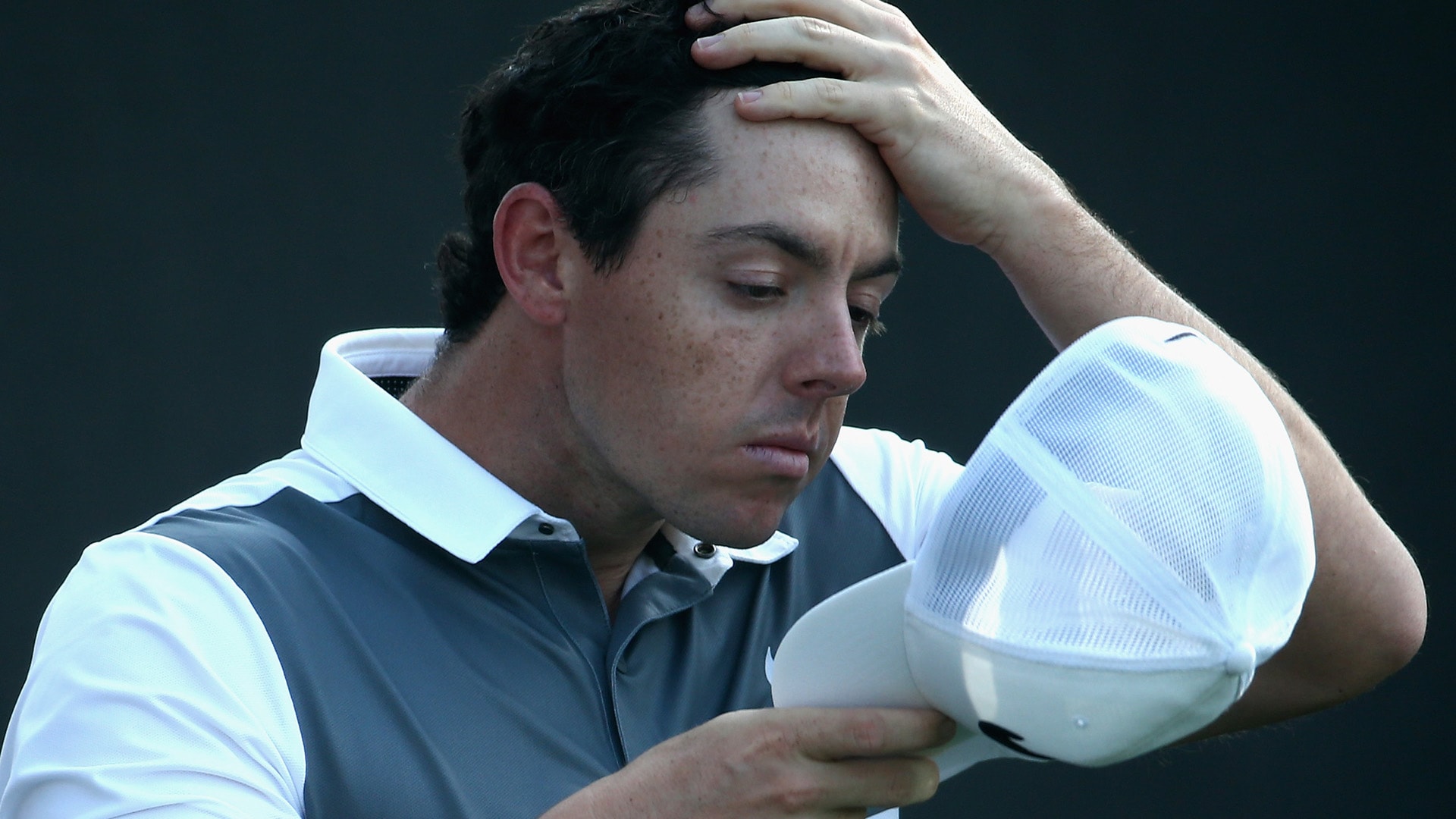 DUBAI, United Arab Emirates - Danny Willett shot a second successive round of 7 -under 65 to enjoy a one-shot advantage on top of the Dubai Desert Classic leaderboard after the third round Saturday.

The Englishman, who made a gallant attempt to win the European Tour No. 1 crown but eventually finished second to Rory McIlroy in the Race to Dubai, moved to 16 under par for the tournament, with 2012 champion Rafael Cabrera-Bello in second place at 15 under with his third consecutive round of 67.

Defending champion McIlroy saved his round with another blistering back nine performance, but will begin the final day eight shots behind Willett at 208 after a 4-under par 68 round.

Four-time major champion Ernie Els, who started the day just one shot behind the leader, struggled to a 2-over par 74 round and fell back to a tie for 28th place at 7 under par.

Willett's only bogey of the day came on the par-4 12th hole, one of the toughest on the course. But he made amends in stunning fashion when he made a 40-feet eagle putt on the next hole, the par-5 13th, and jumped out of the logjam as a sole leader.

Another birdie on the 17th gave him further cushion, and Willett said after the round: ''Back-to-back 65s don't happen that often. Just some great golf yesterday and today. Kept the ball under fantastic control with some crosswinds, hit it in there close. Did everything right really.

''A couple hiccups in there today where it could have been a little different but kept the head on and kept moving forward.

''I think if anyone says they don't think about it (how the round will play when leading), they are lying. You think about it, you get into your head, you kind of go through scenarios, bad and good and try to even them out so that when you come out.''

Cabrera-Bello, who was fast off the blocks with an eagle on the third, where he holed his bunker shot, and a long, 30-feet birdie putt on the fourth, wasn't getting carried away about the possibility of winning a second Desert Classic.

''That really would be amazing, but there's still a lot to play for. I need to play aggressive, keep playing as good as I have been to give myself a chance,'' Cabrera-Bello said.

''Lots of players are not far off the lead and all of them are going to have a chance tomorrow and they are definitely as hungry as I am, if not more. So I just have to play my best, stay positive, and try to make lots of birdies.''

McIlroy, who played the back nine in six-under par, did not rule out his chances on Sunday, but admitted it would be a tough task.

''I would have to play the front nine much better than I have the last two days. I've played it in five-over and that's just not good enough,'' said the world number two, who could also slip to third in the world ranking if he did not finish inside the top-eight.

''It's going to be a long shot. I came back from seven shots behind at Wentworth (2014 PGA Championship), so it's not out of the realms of possibility, but this is a great field and I'll need the wind to blow this afternoon.''