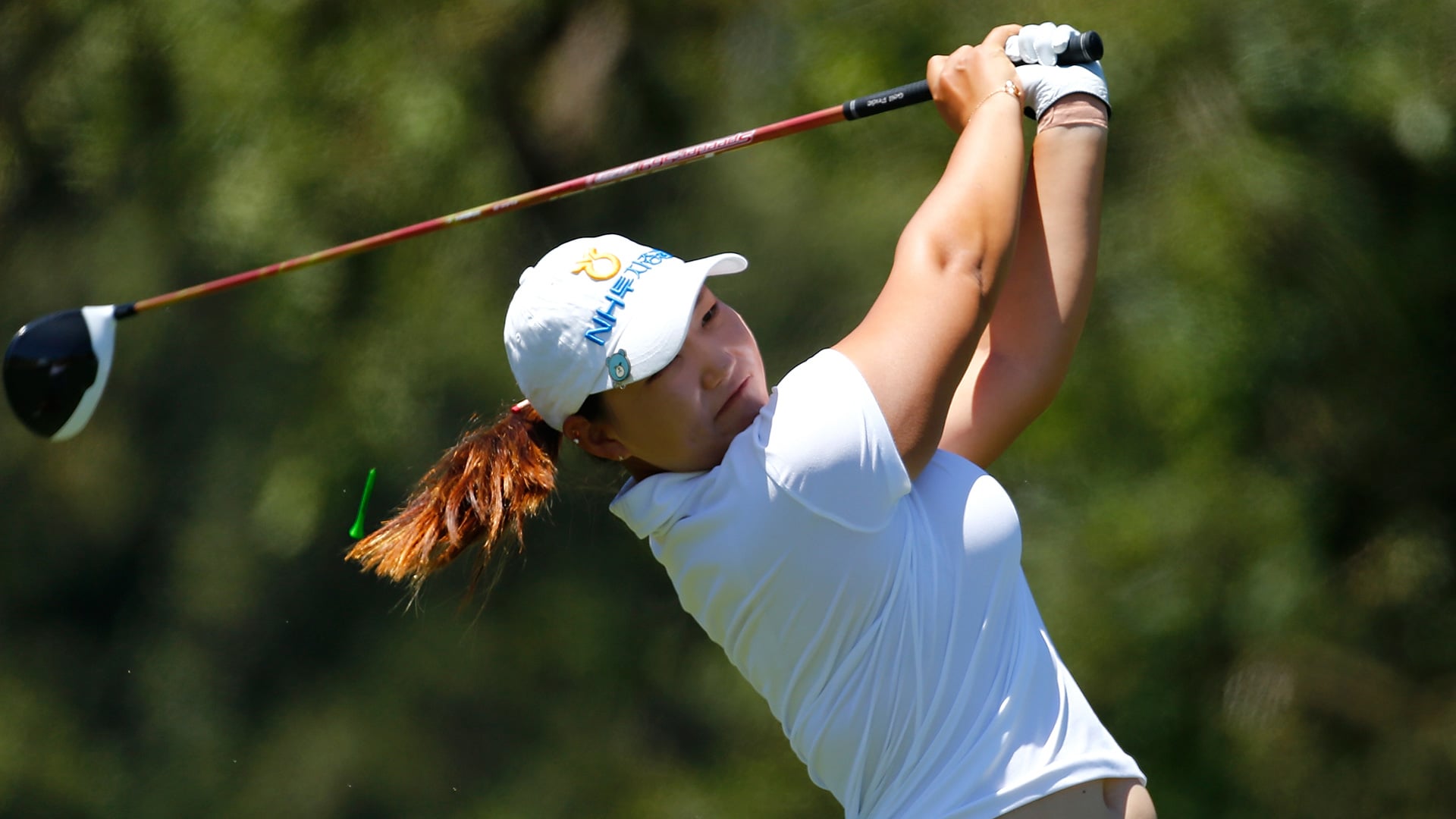 SAN MARTIN, Calif. – When Mirim Lee walked off the course following her record-tying round, she described her day with words usually not heard when talking about the U.S. Women's Open.

She sure made it look that way when she became the fifth golfer to shoot a round of 8-under par at the U.S. Women's Open on Thursday, making 10 birdies on the way to a 64 to take the early lead at CordeValle.

With the greens not quite as firm as they likely will be later in the week and the wind not playing a major factor, there were low scores to be had throughout the field - at least for the opening morning of the tournament.

''I definitely expect it to change,'' said Christie Kerr, who was three shots behind Lee in a tie for second. ''I don't think the USGA likes when we shoot 8-under on their golf course. You have to expect it to change, and if it doesn't, then you'll have opportunities to score.''

Lee is the first woman to shoot that much below par at the U.S. Open since Lorie Kane and Becky Iverson did it in the second round in 1999 at Old Waverly in Mississippi. The lowest total score in a round in U.S. Open history is a 63 by Helen Alfredsson in 1994 at the par-71 Indianwood in Michigan.

Lee capped her record day with birdie from about 8 feet on her final hole at the par-5 ninth to take a three-shot lead over fellow South Korean Minjee Lee and Kerr after the morning groupings.

Kelly Tan, Brittany Lang and Anna Nordqvist were all four shots back at 4-under, while six other golfers finished the morning round at 2-under, including Americans Christina Kim and Lizette Salas.

So Yeon Ryu, the 2011 U.S. Open winner, shot a triple-bogey eight on her final hole at the ninth to fall from 4-under to 1-under.

Defending champion In Gee Chun, followed by about a dozen members of the Flying Dumbo fan club wearing shirts that Chun designed, hit back-to-back bogeys on the front nine and finished 1 over. Chun is seeking to become the eighth player to repeat as U.S. Open champion and first since Karrie Webb did it 15 years ago.

The marquee pairing featuring the top two players in the world in Lydia Ko and Brooke Henderson and fourth-ranked Lexi Thompson didn't produce many birdies. Ko shot 73, Thompson 74 and Henderson carded a 76.

Kerr, playing in the same group with Mirim Lee, nearly matched her stroke for stroke with players standing 3-under through their first 11 holes. But Lee birdied five of her final seven holes, while Kerr had three birdies and a bogey down the stretch as a gap opened between the two.

Despite that, Kerr was quite pleased with how her round went considering the way she has played most of this year. The 2007 U.S. Open winner has not finished higher than 10th all season and missed two cuts in her three tournaments leading into this week.

But with a new shaft on her driver, Kerr found her game in the opening round.

''When you're struggling to hit fairways, it makes the game a lot harder,'' Kerr said. ''And then the mental game gets off of it, it's a whole process like that. But I knew when I found the driver this week that it just felt so much like my old driver and we found the right combination and even if I missed a little bit I could feel what I did wrong, I could feel the difference.''