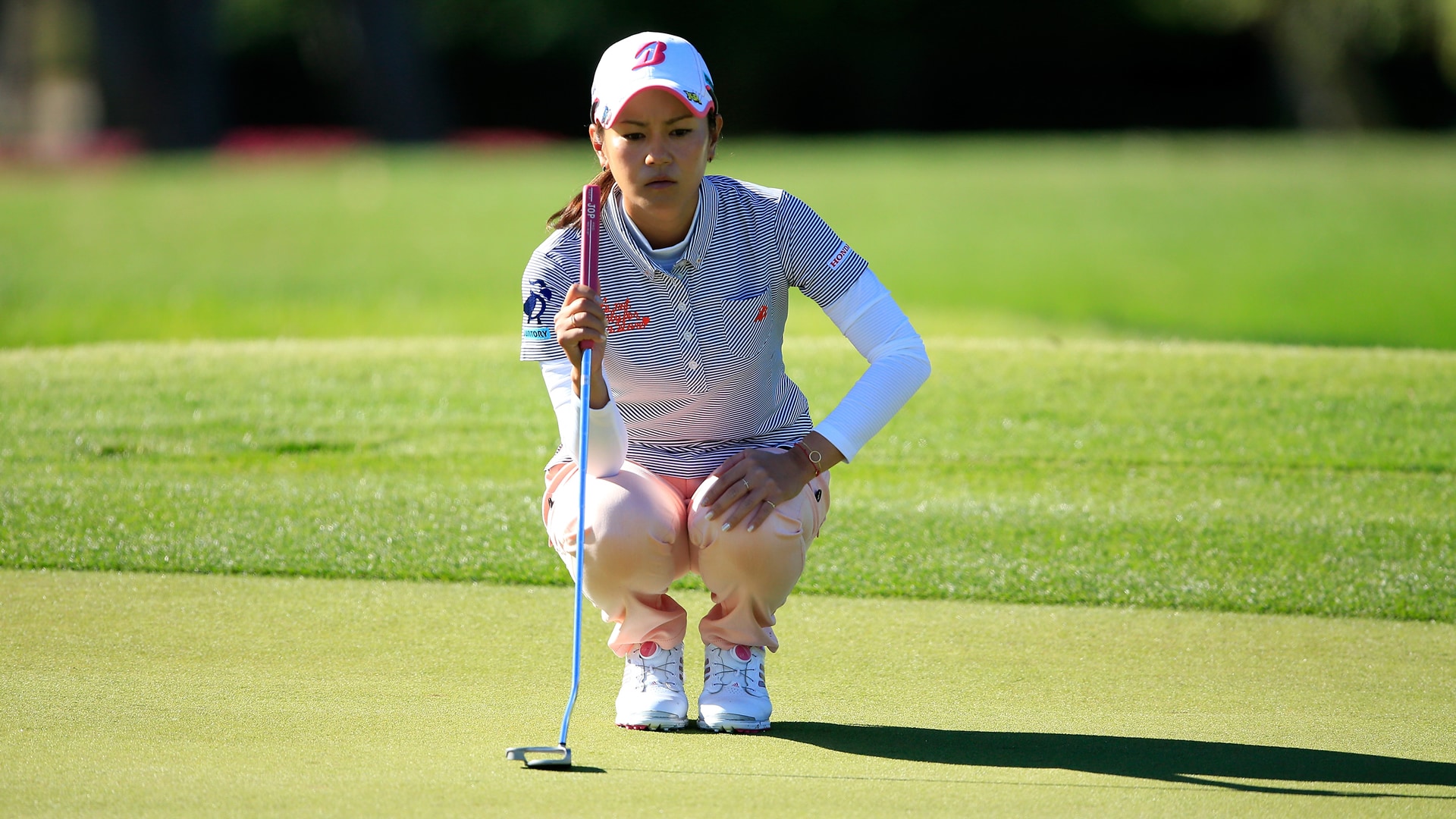 RANCHO MIRAGE, Calif. – Ai Miyazato birdied four of the first six holes and shot a 5-under 67 in perfect conditions to take the early lead in the ANA Inspiration on Thursday.

Miyazato closed with a birdie on the par-5 18th at Mission Hills to pull a stroke ahead of fellow Japanese player Shiho Oyama, Scotland's Catriona Matthew and South Africa's Lee-Anne Pace after the morning session.

Second-ranked Inbee Park, No. 3 Lexi Thompson and No. 4 Stacy Lewis – all past winners in the first major championship of the year – played in the afternoon.

Miyazato is coming off a third-place finish last week in the Kia Classic in Carlsbad, the nine-time LPGA winner's first top-10 finish since 2013.

Top-ranked Lydia Ko was at 70 in a group that included Michelle Wie, Charley Hull and Na Yeon Choi. Ko won on Sunday at Carlsbad.

''I was striking my irons and everything fairly good, but I didn't hit my drive very well, especially on the back nine,'' Ko said. ''I gave myself quite a few looks up the hill for birdie, but I just wasn't able to commit to my speed. I left quite a few out there that were kind of similar on line, but just short.''

Wie stood more upright and crouched on her short putts, trying to emulate Jack Nicklaus. On longer putts, she continued to lower her torso almost parallel to the ground.

''I kind of always saw how Jack putted and it kind of worked out OK for him,'' Wie said. ''I've always been kind of like Jack in putting and stuff, and I decided to go a little more narrow. Putting is all about feel, and obviously just kind of tried that out. It felt comfortable.''

The 46-year-old Matthew also made a change on the greens.

''I've been playing well all year, just not holing any putts,'' Matthew said. ''So, I thought I'd try left-hand low this week.''

Brooke Henderson opened with a 73, playing in front of by far the largest galleries in the morning wave.

''It's super cool,'' the 18-year-old Canadian said about the fans. ''Every round it seems there are more fans and not only just from Canada. Though there is a huge Canadian crowd out here this week.''

She chipped in for par on 18 after her drive struck a palm tree and went into the water.

''It was kind of an interesting par,'' Henderson said. ''I think it's the best one I've ever made in my life. I was happy to see it go in - and the crowd seemed to enjoy it, too.''