Monty, Mediate one back at PowerShares QQQ 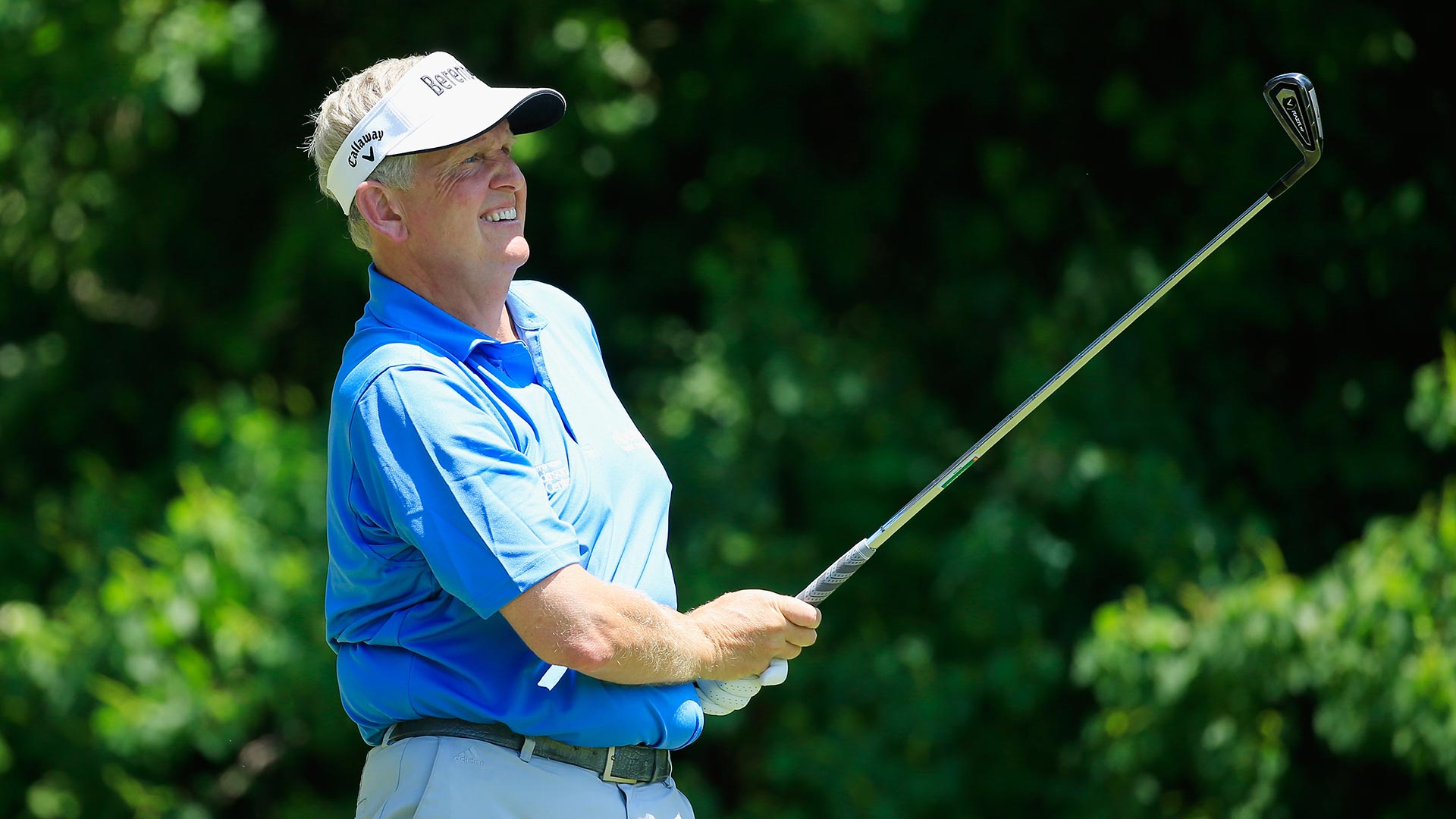 THOUSAND OAKS, Calif. - Tom Pernice Jr. had four straight birdies and shot an 8-under 64 on Saturday for a share of the PowerShares QQQ Championship lead with fellow former UCLA player Brandt Jobe.

Jobe had a 66 to match Pernice at 11-under 133 at Sherwood in the PGA Tour Champions' playoff opener.

''Not as much wind today, so that made a little bit of difference,'' Pernice said. ''It stayed pretty warm once we got going and the ball was carrying well.''

''I'm kind of managing my game right now,'' Jobe said ''I have played the par 5s well, put the ball in the fairway, hit some good tee shots which sets up the hole, so that's kind of been the key this week.''

First-round leader Colin Montgomerie (69) was a stroke back along with Rocco Mediate(65) and Olin Browne (66).

''I'm ecstatic with how I played the last two day,'' Mediate said. ''I'm actually shocked a little. I haven't played in a while, back's been a little messy but it's better. Yeah, I can't wait to go tomorrow and see what happens.''

Mediate played alongside Pernice and Jay, and matched Pernice with birdies on Nos. 11-14.

''We had a great group,'' Pernice said. ''Rocco's personality when things are going good, the group just kind of continues on and he keeps everybody kind of loose and entertaining. Jay and I have been close friends for a long time and have had some battles and to have him and then Rocco and everybody playing well, it was a lot of fun.''

Fred Couples was tied for 22nd at 4 under after a 72 in in his first tournament in eight months. The 57-year-old Couples was sidelined by a chronic back injury.

Tour leader Bernhard Langer withdrew before the start Friday because of a left knee injury.

Langer leads the tour with four victories and has wrapped up the season money title with $2,697,459. The 59-year-old German star tops the Charles Schwab Cup Playoffs standings, and has a big enough advantage over second-place Miguel Angel Jimenez that he will keep the No. 1 spot without playing this week.