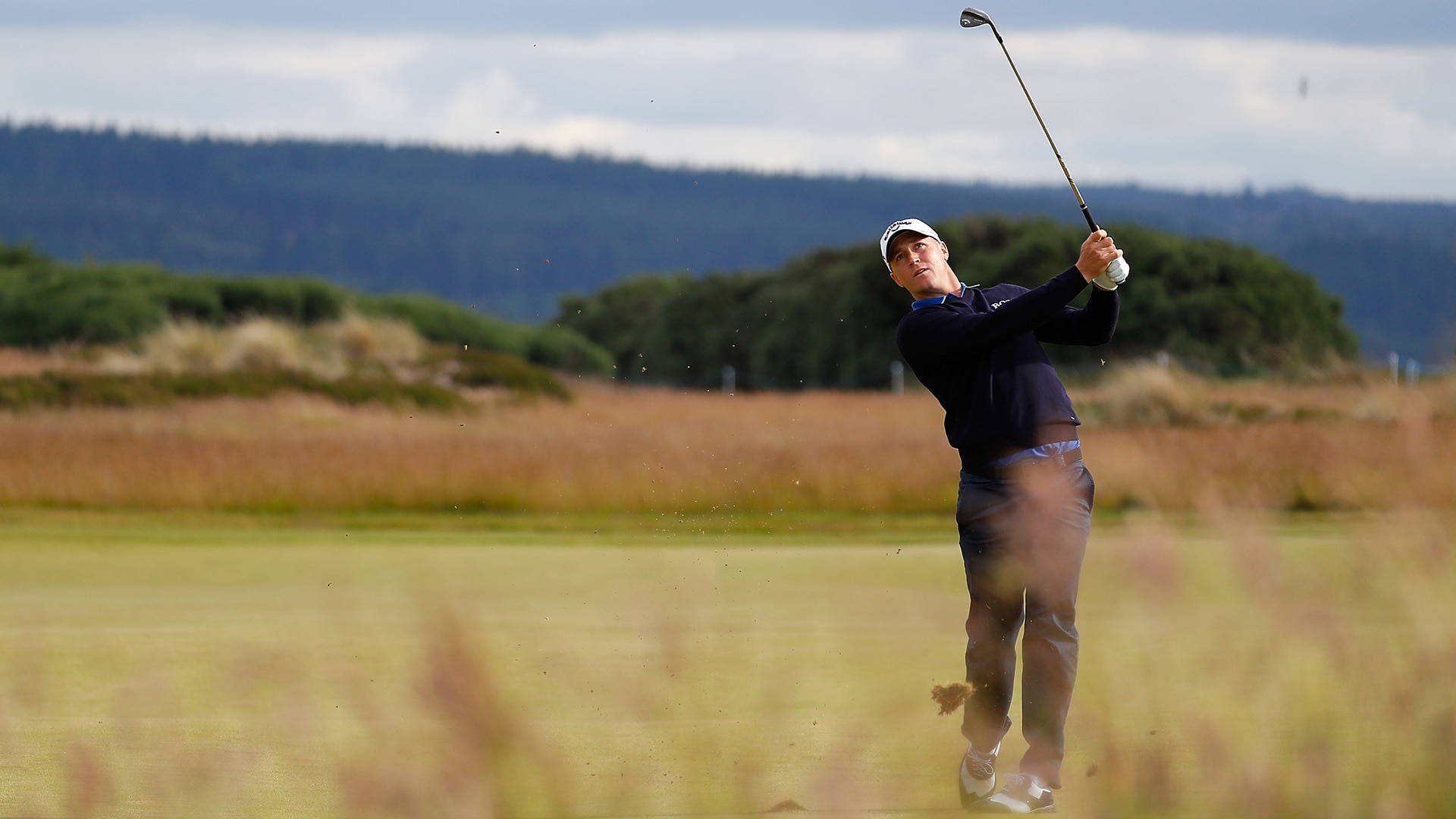 INVERNESS, Scotland – Alex Noren of Sweden rolled in five birdies in his last eight holes to shoot a 6-under 66 in calmer conditions and take a one-stroke lead after the second round of the Scottish Open on Friday.

On a day of lower scoring around the Castle Stuart links, Danny Lee of New Zealand (66) and Eddie Pepperell of England (67) were a shot behind Noren, who had an 8-under 136.

Lee is only playing the Scottish Open after the PGA Tour canceled this week's Greenbrier Classic because of flooding in West Virginia. Lee is defending champion at the Greenbrier and is donating money for every birdie ($500) and eagle ($1,000) he makes to the flood-relief efforts.

Phil Mickelson and Henrik Stenson, two of the top names in the field, made the cut after shooting rounds of 69 but were nine shots off the lead. Matteo Manassero and Branden Grace (both 67) were in a four-way tie for fourth on 6-under overall.

Winds were lighter after a blustery first round in northern Scotland and Noren found his form with the putter from No. 2 - his 11th hole, after starting on the back nine. He birdied Nos. 2 and 3, then Nos. 6, 7 and 8. His tee shot at the par-3 8th landed about 2 feet from the pin.

Noren didn't drop a shot and has just one bogey in two rounds.

''I just kind of worked on my swing, and you're messing around and all of a sudden I got a little bit better strike,'' said Noren, who has already qualified for the British Open at Royal Troon next week in Western Scotland.

''Played steady on the front nine, and then you know, my last nine holes, I really got it going.''

Lee, who also started at No. 10, had six birdies in a bogey-free round - four of them coming between Nos. 1 and 6.

''I love to play great every week. But making birdies and eagles are very important to me this week,'' said Lee, who had five birdies in the first round. ''It's very unfortunate that happened at West Virginia. I won the Greenbrier Classic last year there and was so looking forward to go back there and interact with a lot of fans, and people were just so nice to me last year.

''I know it's not that much to help everybody but I'm trying to make as much birdies as possible to add a little bit of help.''

Mickelson made the cut, which was at 2 over, after recovering from two bogeys on his first four holes that put him on 6 over for the tournament. On the par-5 16th - his seventh hole - the five-time major champion ran a 2-iron to about 4 feet and made eagle. He birdied three of his last eight holes, including a 25-foot putt on No. 2.

Mickelson said his putting was better Friday after taking time to make adjustments to the slower greens than he is used to playing on the PGA Tour.

''I've been leaving every putt short here,'' he said. ''I just haven't trusted it on the golf course. I keep fearing knocking it five, six feet by.''