STOCKHOLM – Alexander Noren of Sweden relied on his huge overnight lead to clinch the Nordea Masters title on Sunday, finishing seven shots clear despite a 5-over 77 in the final round.

Noren entered the day with an 11-shot lead after a course-record 63 on Saturday, and was never threatened despite a number of mishaps on a windy day in the Swedish capital. The Swede started and finished his round with a birdie but had five bogeys and a double-bogey in between for a 15-under total of 273.

His dropped shots meant little, however, with most of the other players also struggling in the tough conditions at the Bro Hof Slott course. Richard Finch finished second after becoming the only player to break par in the final round with a 3-under 69.

Niklas Lemke of Sweden had a 73 and was another three shots behind in third.

It was Noren’s third career victory on the European Tour and second of the season after taking the Wales Open title in June. With such a massive lead, the 29-year-old Swede said his only concern was getting past the 17th hole, a par-3 with an island green surrounded by water.

“I said it doesn’t matter how I play up to that, I just have to survive 17 and I did,” Noren said. “I’ve never seen wind like this in Sweden. Every hole was super tough and even downwind it was hard to choose the clubs.”

Finch’s round would have been even more impressive had he not found the water on that 17th hole. He settled for a triple-bogey, which took some of the shine off his 70-foot putt for birdie on the 16th.

“For 17 holes, it’s the best round of golf I’ve ever played,” Finch said. “The course is tough enough as it is without however many mile-an-hour winds it is blowing. It’s the same for everyone so you just have to try and put your best foot forward, so I just tried to hit the fairway, hit the green, and see where we can get from there.” 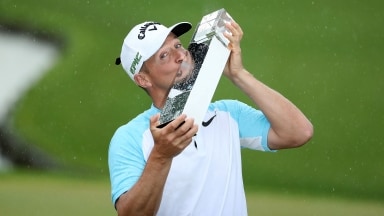 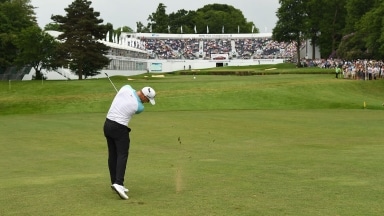 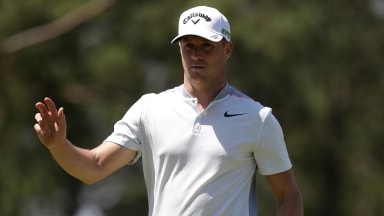