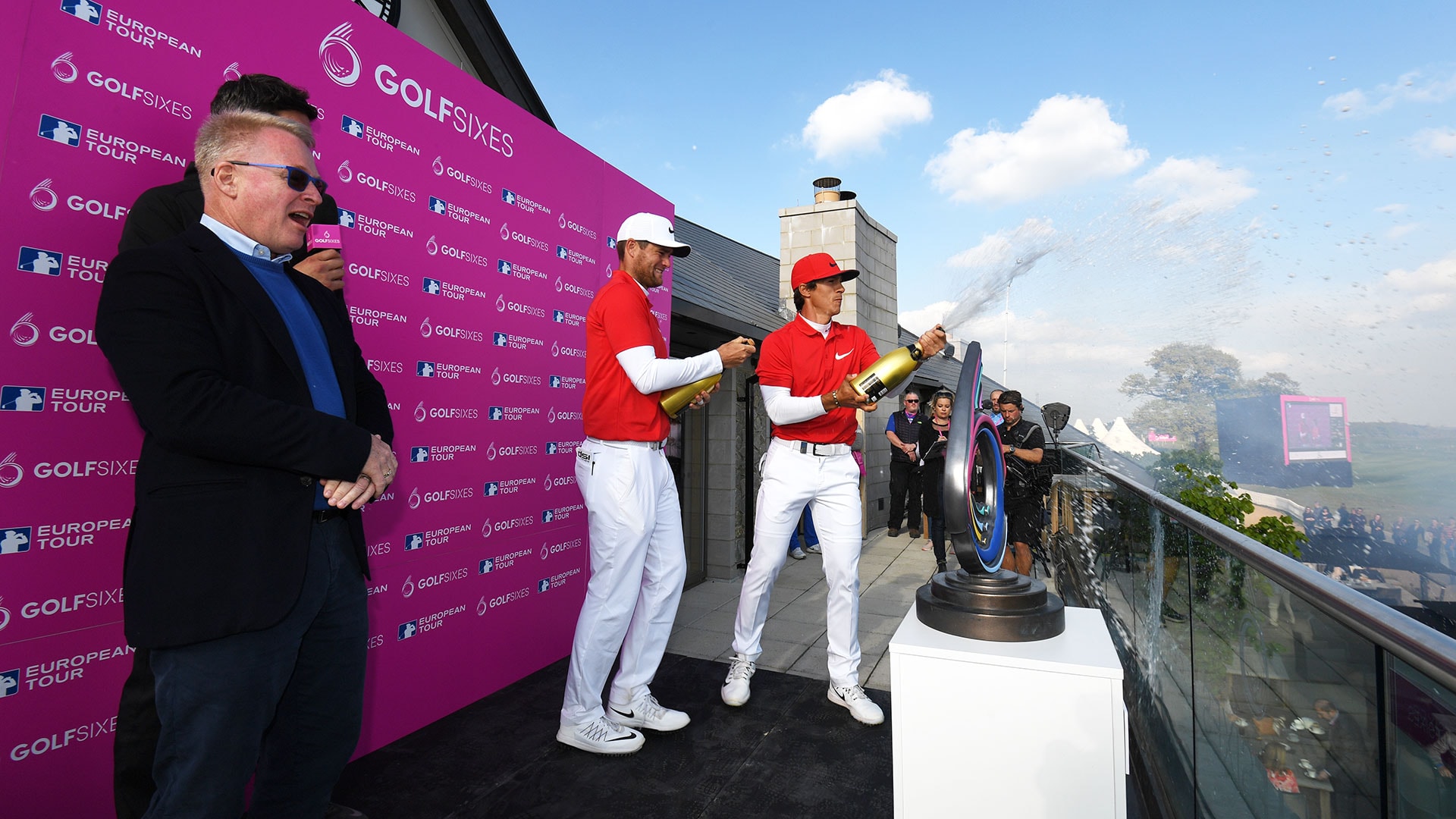 ST. ALBANS, England - Denmark won the inaugural GolfSixes tournament as Thorbjorn Olesen and Lucas Bjerregaard teamed up to beat Australia's Scott Hend and Sam Brazel in the final of the six-hole match play event on Sunday.

Victories over France in the quarterfinals and Italy in the semifinals earned the Danes a place in the title match at the Centurion Club in southern England, and Olesen and Bjerregaard won the last three holes for a 3-1 victory.

Seeking to broaden the appeal of golf, the European Tour was experimenting with GolfSixes, which featured walk-out music on the first tee, long-drive competitions, pyrotechnics and shot clocks. A pink mascot followed teams around the course.

Australia reached the final by beating Thailand and then Scotland in the knockout stages on Sunday.