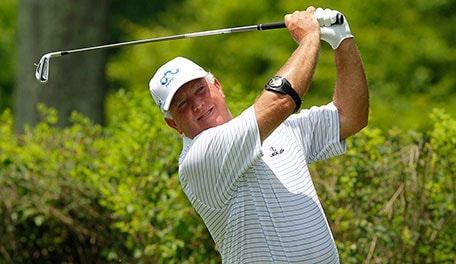 SACRAMENTO, Calif. – Mark O'Meara has withdrawn from the U.S. Senior Open because of an injured right foot.

O'Meara shot a 1-under 69 in Thursday's opening round. He had been scheduled to tee off Friday afternoon.

O'Meara won the British Open and the Masters in 1998 and has 16 victories on the PGA Tour. He was competing in his eighth U.S. Senior Open.

Steve Lowery also withdrew with a back injury. He shot a 70 in the opening round.

Fred Couples, the 1992 Masters champion, pulled out before the tournament because of a back injury.