Oosthuizen hangs on to win Perth by one 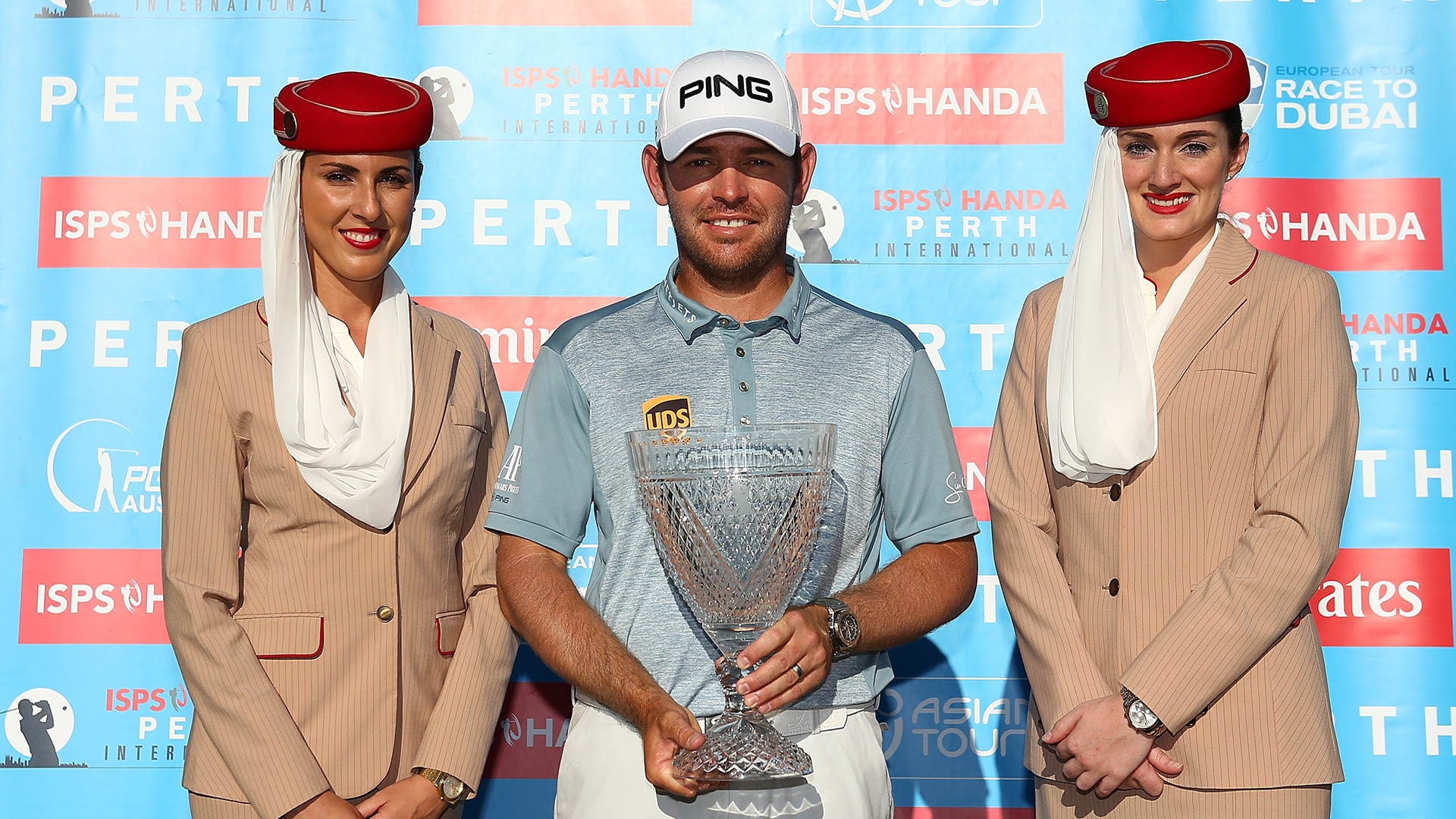 PERTH, Australia - Louis Oosthuizen made his first tournament appearance in Australia a winning one, shooting a 1-under 71 for a one-stroke victory at the Perth International on Sunday.

The former British Open champion, who led by three strokes going into the final round, finished with a 16-under total of 272 in the tournament sanctioned by the European and Australasian PGA tours.

Alexander Levy of France was second after a 66, followed by Australian golfer Jason Scrivener, whose 69 left him in third place, two strokes behind.

''It's great to be back in the winning circle,'' said Oosthuizen, who three-putted the final hole for a bogey.

''I always say it's great to be nervous with three holes to go in a tournament because it means you're up there somewhere - you're a chance of winning it. That's what we do all the hard work for - to try to get into that position. This is a very special win for me.''