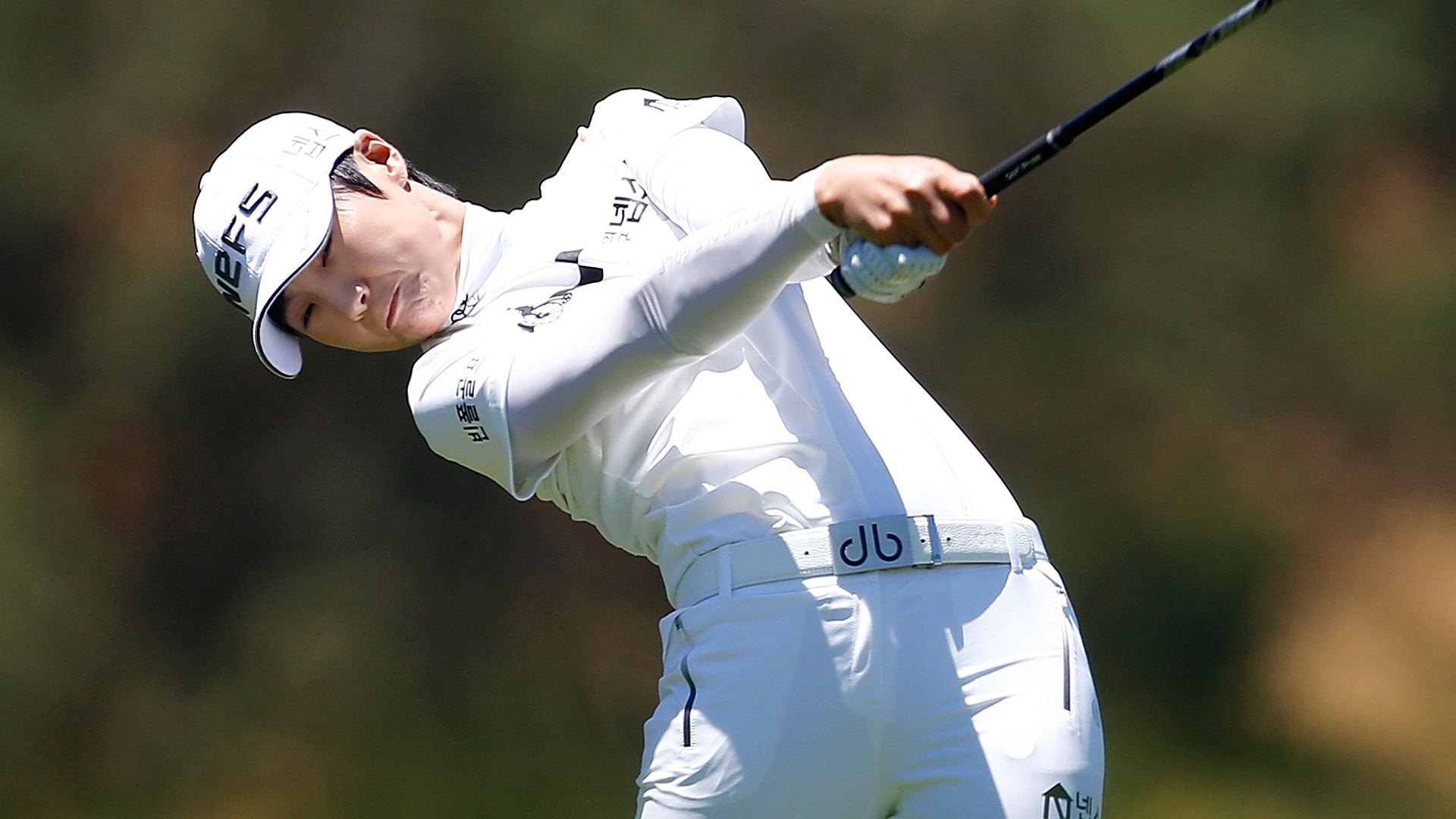 SAN MARTIN, Calif. - When Sung Hyun Park entered her first U.S. Women's Open, her goals were modest. Halfway through the tournament, Park has put herself in prime position to contend.

Park capitalized on the favorable morning scoring conditions, shooting a 6-under 66 Friday to take a two-stroke lead after the second round of the U.S. Women's Open at CordeValle.

''I didn't even think about winning because this is the first time for me,'' Park said through an interpreter. ''I would like more experience with the USGA, LPGA. But I'm trying to enjoy this tournament. That's why I am just more comfortable, don't even think about the winning, I just enjoy the play.''

Park, a 22-year-old from South Korea, made her LPGA debut last year when she finished second at the KEB-HanaBank Championship in South Korea. She has played three more LPGA tournaments this year, tying for sixth in her first major at the ANA Inspiration in the spring.

Park had four birdies in a six-hole span to move to 9 under before struggling on the final two holes. She hit her second shot into the greenside bunker at the par-4 17th and then missed a short par putt for her only bogey of the round. Park then drove into a hazard on the par-5 18th for a one-shot penalty before saving par with a 15-foot putt.

Amy Yang shot a 71 to get to 6 under, tied for second with first-round leader Mirim Lee. World No. 1 Lydia Ko bounced back from a 1-over-par first round to shoot 66 for a tie for fourth with Haru Nomura.

Lee, who tied a U.S. Open record by shooting 8 under Thursday, birdied three of the final four holes on her front nine in the afternoon to take a one-shot lead over Park.

But things then quickly fell apart. She missed the fairway with her drive on the par-4 10th and her approach shot sailed past the green. Her chip attempt fell short of the green before she three-putted from the fringe for a double bogey.

Lee then drove into the front bunker on the par-3 12th hole before missing an 8-foot putt for par to fall two strokes off the lead.

Ko got off to a shaky start with a bogey on the first hole before stringing together four straight birdies starting at No. 3. She added two more birdies before capping her round with the seventh of the day at the par-5 18th.

''My birdie on 3 kind of turned the round around and making the string of birdies definitely helped,'' she said. ''Just to know that this is the first time I was under par for the tournament kind of put myself in a positive position.''

While contending in a major is a mostly new experience for Park, Ko is an old hat at it at the age of 19. She won the Evian Championship last September to become the youngest woman ever to win a major and followed that up with her second at the ANA Inspiration this year.

Ko then lost a playoff to Brooke Henderson in the KPMG Women's PGA Championship in Washington last month.

''I think the more I play, I think the more I get used to it, especially at these majors where the courses are tough,'' Ko said. ''You need to stay patient. I think that's the big key I've been learning, just keep my head high and just enjoy it out here.''

Henderson, ranked second in the world, and fourth-ranked Lexi Thompson could not match playing partner Ko and both finished the day at 3 over.

Among the players who missed the cut at 4 over were last year's winner In Gee Chun, 2014 U.S. Open champion Michelle Wie and 1998 winner Se Ri Pak.

Pak, whose success helped lead to the surge of South Koreans on the tour, double-bogeyed her final hole to finish with an 80 on the day and plus-9 in her final scheduled tournament in the United States.

Some players, including Karrie Webb and Christina Kim, came back to the 18th green to watch Pak's final shot and congratulate her on a remarkable career. 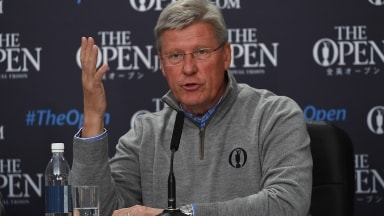 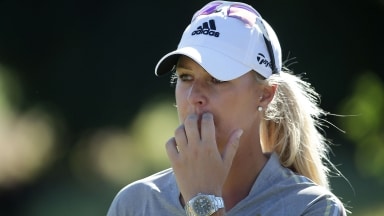 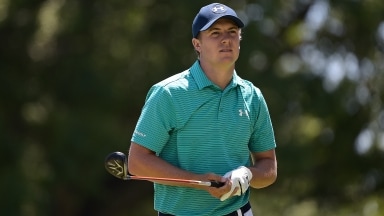