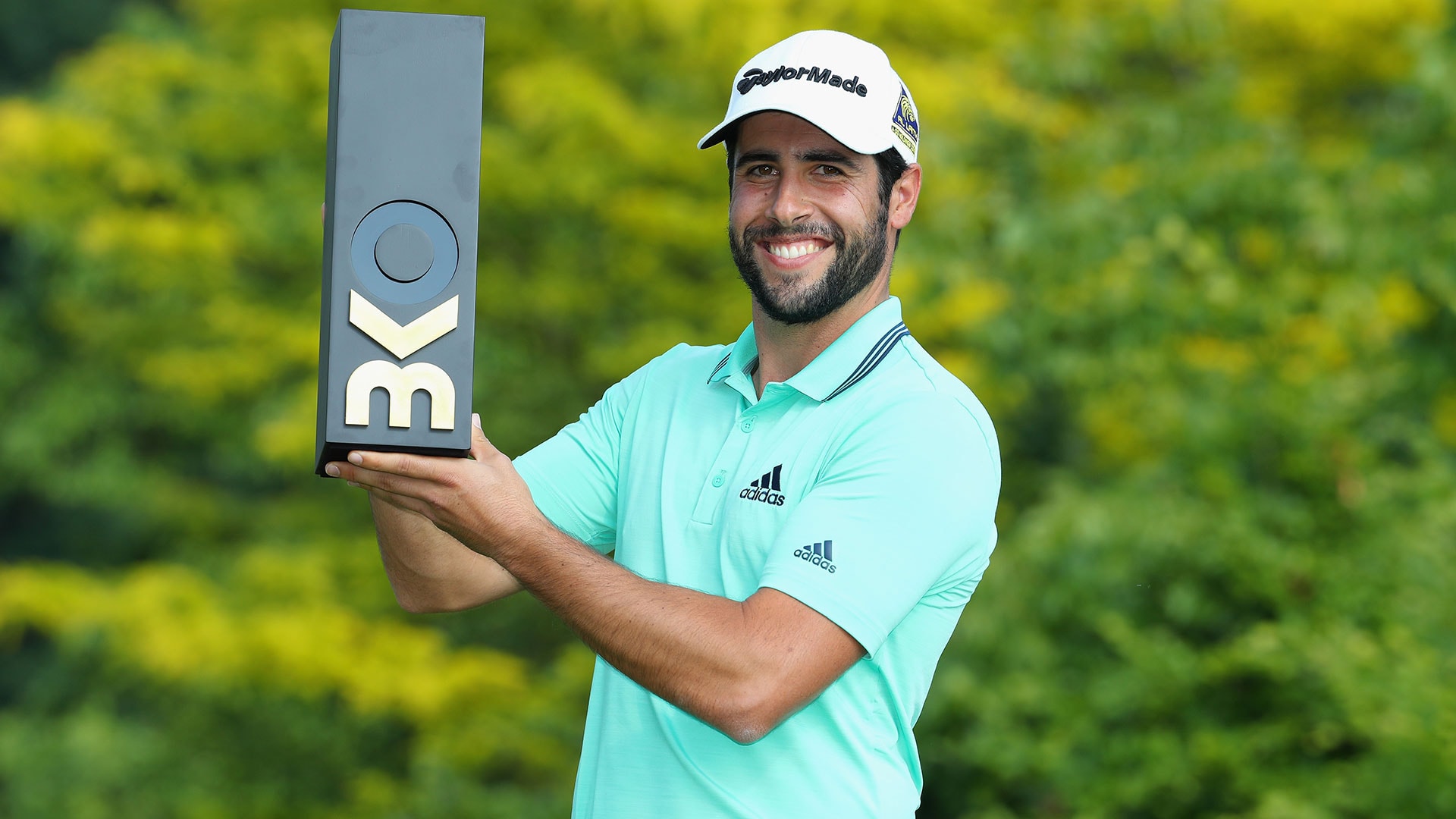 The hybrid format opened with two rounds of stroke play on Thursday and Friday, before the leading 64 players competed in nine-hole knockout stroke play matches.

Otaegui and Hebert both finished three shots off the lead at 5 under after the first two days and worked their way through five matches on the weekend to set up Sunday's final at the Rinkven International Golf Club.

Scotland's David Drysdale beat James Heath of England by one shot in the playoff for third spot.

Herbet said he was ''just a little short this week.''

''Adrian is a very good player, especially in this kind of format,'' he said. ''He's already won one tournament in match play last year. This format is fun, it puts you under pressure almost every hole because everything can happen. I think it's a great idea.''