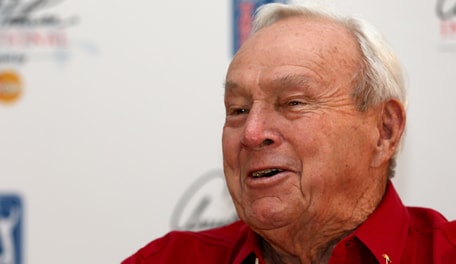 Executive Tournament Director Hollis Cavner said Palmer called him Thursday and said he needed extra rest because he was tired and not feeling well after spending a few weeks in England. Cavner said Palmer's absence is nothing serious.

Other than signing autographs, the 85-year-old Palmer was scheduled to captain Team LPGA – Annika Sorenstam, Nancy Lopez and Pat Bradley – at Saturday's Greats of Golf Challenge.

Palmer and Tom Lehman designed the TPC Twin Cities, the site of this week's tournament.