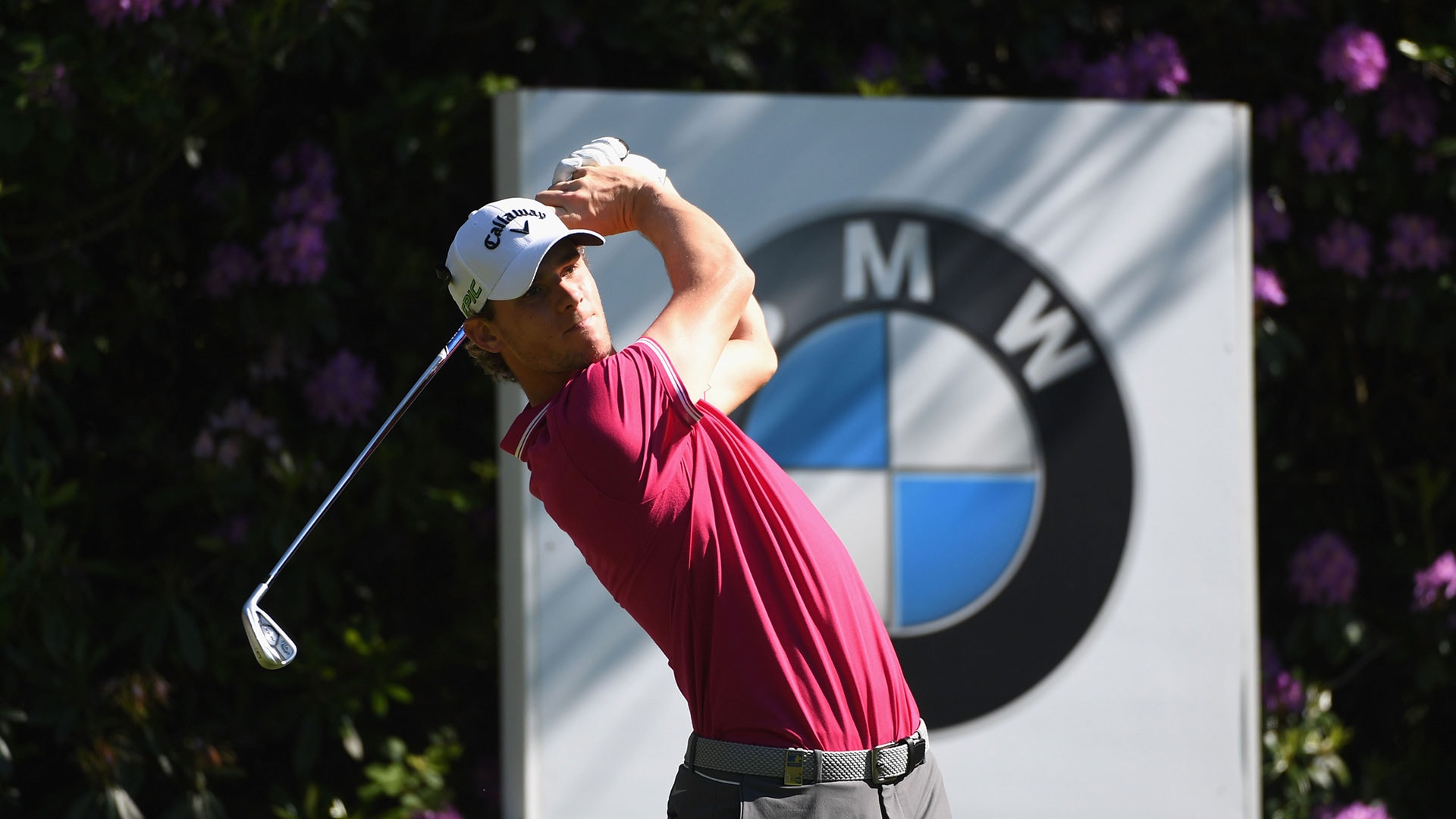 The trio sit on 7-under-par overall, one shot ahead of German golfer Max Kieffer.

Pieters, who tied for fourth at the Masters in his last tournament last month, recorded a round of 3-under 69 to set the target for the late starters.

Molinari dropped two shots on the opening nine but roared back into contention with three birdies in the closing six holes, including at 17 and 18, for a 70.

Jamieson dropped three shots in his first three holes to fall five off the lead, but a run of six birdies in seven holes around the turn saw him surge back up the leaderboard. He carded 70, too.

Henrik Stenson (71) and Lee Westwood (69) were two shots behind the leaders, along with Branden Grace (71) and former champion Byeong-hun An (69).

Olympic champion Justin Rose needed an eagle on the final hole to make the cut. Rose sat on 2 over.

Ian Poulter, who returned to form with second place in the Players Championship at Sawgrass last week, described his putting as ''pathetic'' despite a second round of 69.

The Englishman, eight shots off the halfway lead, said: ''I had really good opportunities to birdie all the way back into the clubhouse and I didn't do it.''