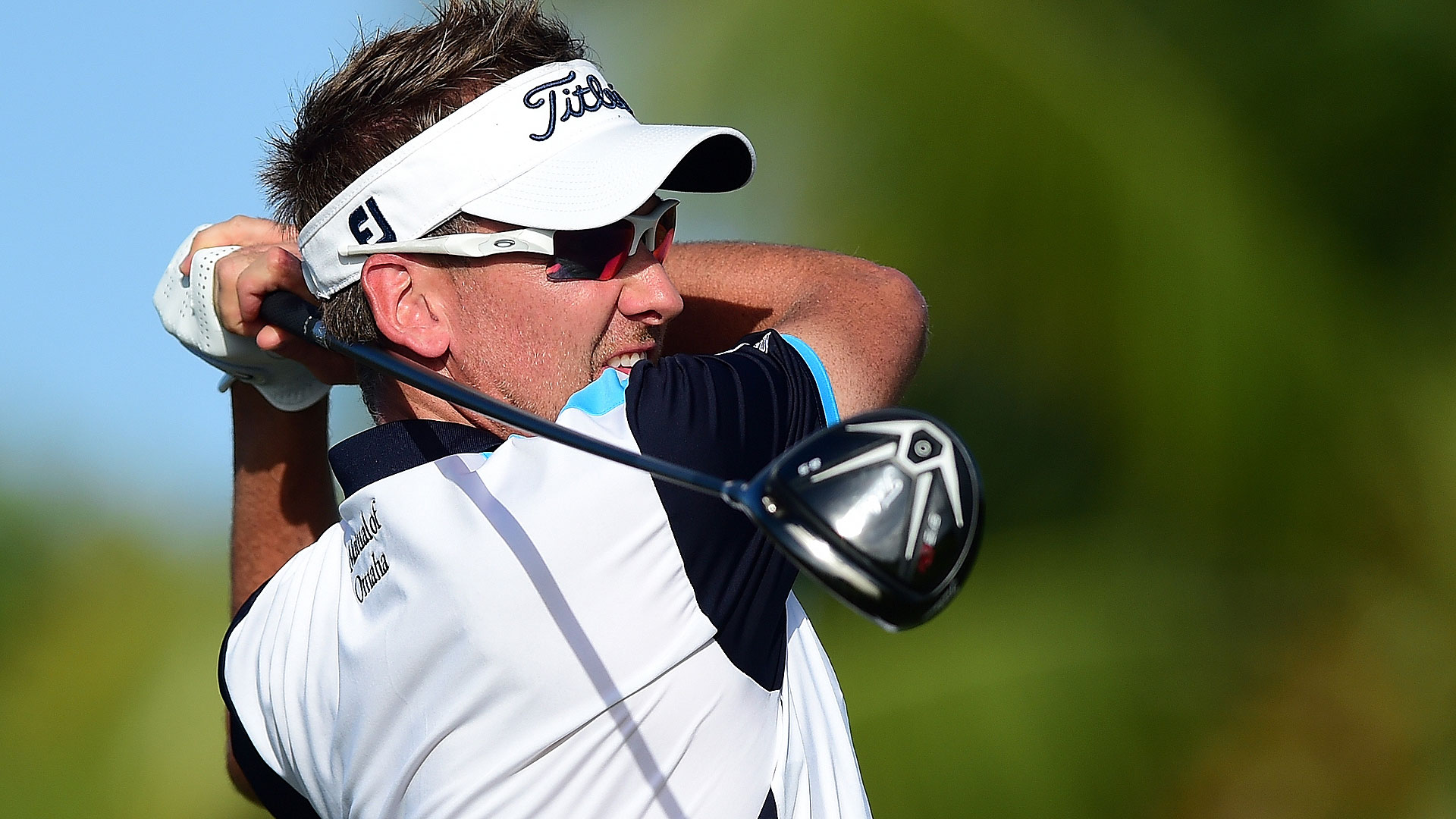 Playing the event for the first time after failing to get into the Match Play tournament in Texas as the first alternate, the Englishman got up and down for par from a greenside bunker on the par-5 18th, holing a 15-foot putt.

''It was a big save,'' Poulter said. ''Obviously it's a par 5, it's pretty much reachable in two off of a decent drive and I kind of left myself in an awkward spot. It wasn't lying very well on the right-hand side just short of the green. I guess I got a little bit too cute, hit it in the front trap, splashed it out to 15 feet, but I rolled that par putt in the middle. Each putt like that obviously makes a difference at the end of the week.''

Poulter bogeyed the par-4 13th and rebounded with birdies on the par-5 15th and par-3 16th. He's trying to win for the first time since the 2012 World Golf Championships-HSBC Champions in China.

''We got here very late, early hours of Wednesday morning, but I felt comfortable,'' Poulter said. ''I like the windy conditions. It kind of takes me back to hitting some old-school shots and I feel comfortable on the course. The ball was kind of boring through that strong wind, so you're still able to get good distance out there. But I'm happy. I'm happy how I've hung in there nicely.''

Tony Finau, Jonathan Byrd and Steve Marino were a stroke back. Finau shot 67, Byrd 68, and Marino 69.

''It's windy out there,'' Byrd said. ''You had to be kind of real purposeful with your shots and I did that for the most part of the day and I made some nice putts and just played really solid. I've played the par 5s beautifully for the most part this week.''

Puerto Rico's Rafael Campos, the leader after each of the first two rounds, had a 72 to drop into a tie for fifth at 9 under with Scott Brown (67) and Aaron Baddeley (69).

Campos didn't make a par until the eighth hole, opening with three bogeys, a double bogey and three birdies. He played the final 11 holes in 2 under, birdieing Nos. 12 and 16.

''I came off to a really bad start,'' Campos said. ''I was having some difficulty kind of getting my tempo going and coming over the top on most of the shots at the beginning. But I was fortunate to kind of get a good rhythm afterward, a good tempo especially coming into the back nine. ... I really didn't strike the ball well, as good as I wanted, but was able to at least recover myself a little bit at the end.''