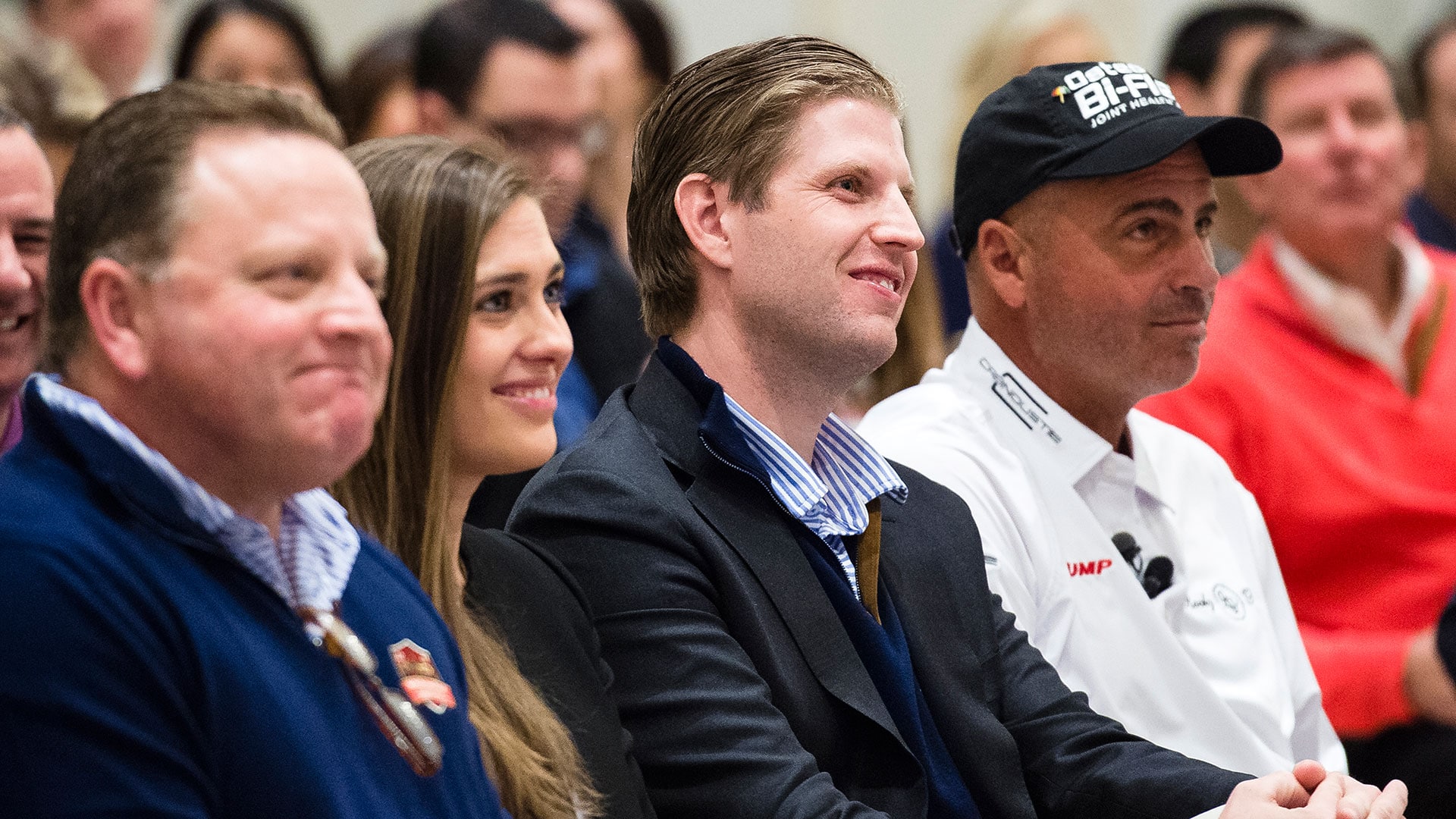 STERLING, Va. – This year's venue for the Senior PGA Championship has made news for reasons that have nothing to do with the tournament or the champion it might produce.

The world's best 50-and-over golfers are competing for the first time at a course owned by a sitting president: Trump National Golf Club, on the Potomac River about 25 miles northwest of Washington. President Donald Trump has already visited the club four times since taking office.

The course has been targeted by vandals and widely mocked for including a plaque commemorating a Civil War battle that never happened. Law enforcement officials on site are anticipating protests along the river, which is the only way to access the property without a ticket.

''I think that's good, as long as it's peaceful,'' Paul Goydos said Wednesday after his practice round. ''They have the right to maybe yell from the river or something. I think that's a healthy thing for our society. We need more people talking.''

When it was announced as the venue in 2014, nobody had any idea that Trump, who was eager to host major championships as he worked to build his golf properties into a global brand, would be elected president two years later. This year's Senior PGA was part of a package deal for Trump, who will also host the 2022 PGA Championship at Trump National in Bedminster, New Jersey.

The deal was considered a win-win for Trump and the PGA of America, former PGA president Ted Bishop said in a telephone interview, and he still feels the association with the president is good for the event.

''I don't see where it would be a detraction or a distraction in any way, shape or form,'' said Bishop, who led the PGA in 2014 when it struck the deal with Trump. ''I think that now the site selection has been enhanced even more by the fact that the facility is in some way under the ownership of the current, sitting president of the United States. I don't see where that's a bad thing, politics aside. Whether you agree with the man or not, I think it's a good thing for golf.''

Trump was known for his dramatic arrivals by helicopter at the World Golf Championships event at Doral in Miami after he bought and renovated that course. The PGA Tour ended up moving that event to Mexico when the title sponsor didn't renew.

Trump is traveling abroad, and the only day he could attend would be Sunday. Goydos said he doesn't anticipate a presidential visit.

''I would hope he had better things to do,'' Goydos said.

Trump has plenty of support inside the ropes. Several players, including defending champion Rocco Mediate and Fred Funk, wear the Trump logo on their shirts. Mediate and Funk said they've occasionally mixed it up with hecklers since Trump took office.

''He's the president of the United States. I think people need to get on his wagon and ride with him let him do what he's doing and leave him alone,'' John Daly said. ''I think he's doing a hell of a job.''

The Senior PGA is played every other year at Harbor Shores in Benton Harbor, Michigan, the corporate home of title sponsor KitchenAid. In the off years, the PGA of America has chosen venerable sites including Aronimink, Bellerive and Oak Hill.

Trump National's history is more checkered. Trump bought the former Lowes Island Club in 2009 and spent $25 million renovating it. He cut down more than 450 trees along the Potomac River to create scenic waterfront holes, a decision that led to protests from environmentalists.

The course has been vandalized twice in recent months - once on election day and again in April. No arrests have been made in either case. In the April incident, vandals spray-painted ''RESIST'' on a fairway, dug up grass and poured chemicals.

Trump's recent comments suggesting that Andrew Jackson could have stopped the Civil War brought fresh attention to a plaque that claims both sides suffered heavy casualties on that section of the Potomac, leading it to be called ''The River of Blood.'' No major battles occurred anywhere near the site, according to historians.

The PGA of America declined to make its current president or executive director available for interviews to discuss the event's association with Trump. Jamie Carbone, a PGA spokeswoman, said the organization was eager to bring the championship to the Washington area for the first time.