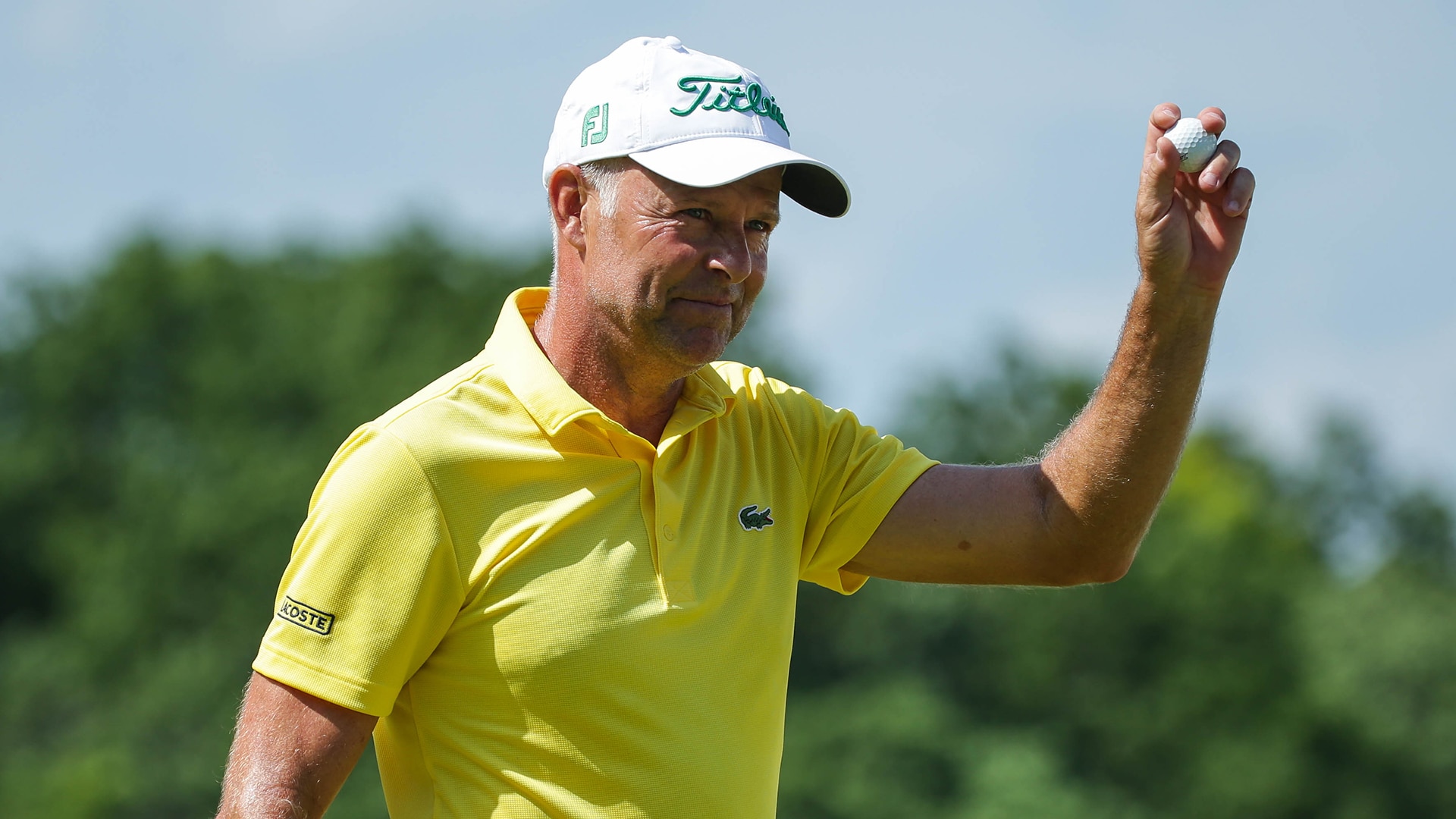 MADISON, Wis. - Jean-Francois Remesy had two eagles in an 8-under 64 on Saturday to take the second-round lead in the PGA Tour Champions' inaugural American Family Insurance Championship.

The last alternate to get into the field after losing a playoff in a Monday qualifier, the 52-year-old Frenchman holed out for eagle from 92 yards with a 52-degree wedge on the par-4 first. He also eagled the par-5 11th, and had four birdies in the bogey-free round to reach 13-under 131 at University Ridge.

Making his seventh start on the 50-and-over circuit, the two-time French Open champion is one of the tour's smallest players at 5-foot-8 and 148 pounds.

Gene Sauers and Bart Bryant were a stroke back. Sauers, tied for the first-round lead with Estaban Toledo after an opening 63, had a 69. He's is in contention two weeks after withdrawing from the Constellation Senior Players Championship because of a bulging disk.

''I'm still right there, so I'm OK,'' Sauers said. ''I put a lot of pressure on probably all parts of my game today, driving, all irons. I wasn't making the putts, leaving them all short, leaving myself 3-, 4-, 5-footers for par. Hopefully, things will be a little different tomorrow, I can relax and calm down and get into the zone again like I was the first day.''

''I actually did not drive the ball great today, which is usually my strong point,'' Bryant said. ''But I made a boatload of putts, and I think whenever you have a great tournament you look back, that's usually what the catalyst is. I made a huge putt on No. 8, probably a 40- or 50-footer, then I made another 20-footer there on the last hole and a couple other 15-footers.''

Large crowds again followed the players in the event that hometown PGA Tour player Steve Stricker helped launch and hosts. He turns 50 in February and will be eligible to play next year.

Bernhard Langer was 8 under after a 69. The 58-year-old German star is coming off a victory two weeks ago in the Constellation Senior Players Championship, his second major win of the year. He has three overall victories this year to push his senior total to 28.

Wes Short Jr. also was in the group at 8 under, following an opening 72 with a 64. He was 7 under in a six-hole stretch on the back nine, making a hole-in-one on the 12th and five birdies.

''The back side was a lot of fun,'' Short said. ''There's a lot of birdie holes out there. You can get it going on that back side. You know, get 2 or 3 under on the front, and then the back side is where you can kind of take advantage of the course.''

''It started a little bit left and the wind drifted it back,'' Short said. ''I thought it was going to be close, but then it disappeared. Only the second hole-in-one I made in competition, so that was pretty fun.''

John Daly had a 72 to remain 1 under. He's making his sixth tour start since turning 50 in late April.